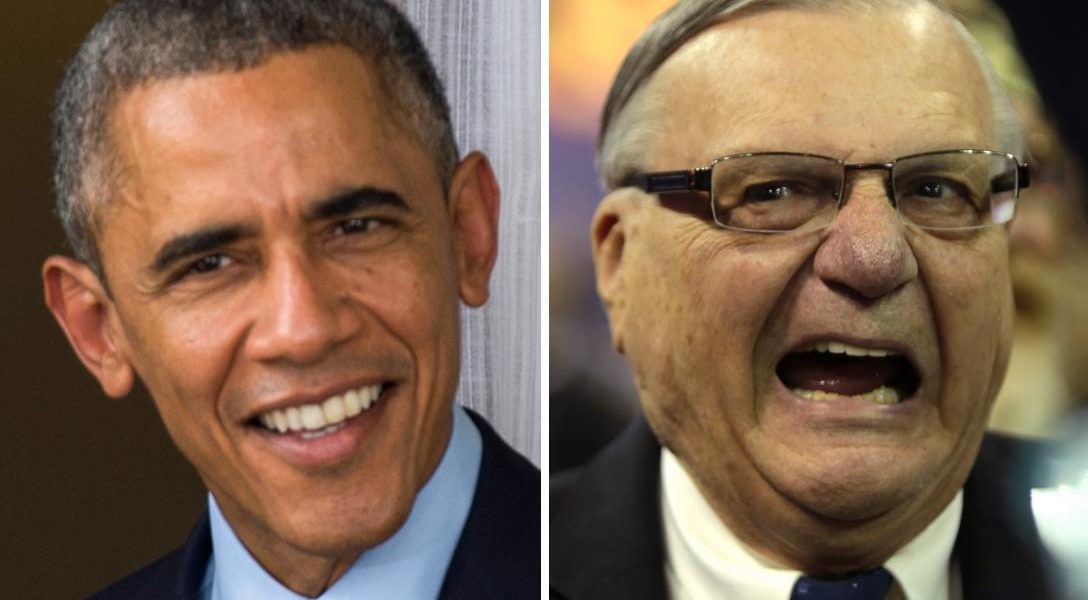 Beg Your Pardon: An Arizona Judge accepted President Trump's pardon of Sheriff Joe Arpaio. The number and character of Presidential pardons have changed over time from the original vision of framers of the Constitution. President Obama granted 1927 pardons and commutations over his two terms. Photo credit: East Asia and Pacific Media / Flickr and Gage Skidmore / Flickr (CC BY-SA 2.0)

The strains between Trump and Secretary of State Rex Tillerson appear at a breaking point. This article is a chronicle of his brief, and mostly bad, time as the US’s top diplomat

A bill Governor Jerry Brown signed on Thursday includes “strict limitations” on “when law enforcement officers can interrogate or detain individuals at the request of federal immigration authorities.”

How Trump is Killing DACA Without Words (Dan)

Relative to Stephen Bannon, Trump’s other right-wing nationalist advisor Stephen Miller keeps in the shadows. He is currently leading the White House’s position on the DACA fight. And as an immigration hard-liner, the fate of DACA faces his many, many hurdles.

The author writes, “JPMorgan moved to forgive the mortgages of tens of thousands of homeowners; the feds, in turn, credited these canceled loans against the penalties due under the 2012 and 2013 settlements. But here’s the rub: In many instances, JPMorgan was forgiving loans on properties it no longer owned.”

Theresa May Can’t Get a Break (Dan)

Earlier this week Theresa May made a speech that, well, was emblematic of her recent woes. A “prankster” handed her the UK version of a pink slip. She also was plagued by a coughing fit, causing one Conservative MP to interrupt by handing her a cough drop. And that’s not all. Watch the video.

Chong Kim, a veteran of the Iraq War who was honorably discharged, came to the US more than 35 years ago at age 5. Kim has since struggled with a substance abuse problem, PTSD, and has had several criminal convictions. He is now in deportation proceedings. He does not speak Korean.