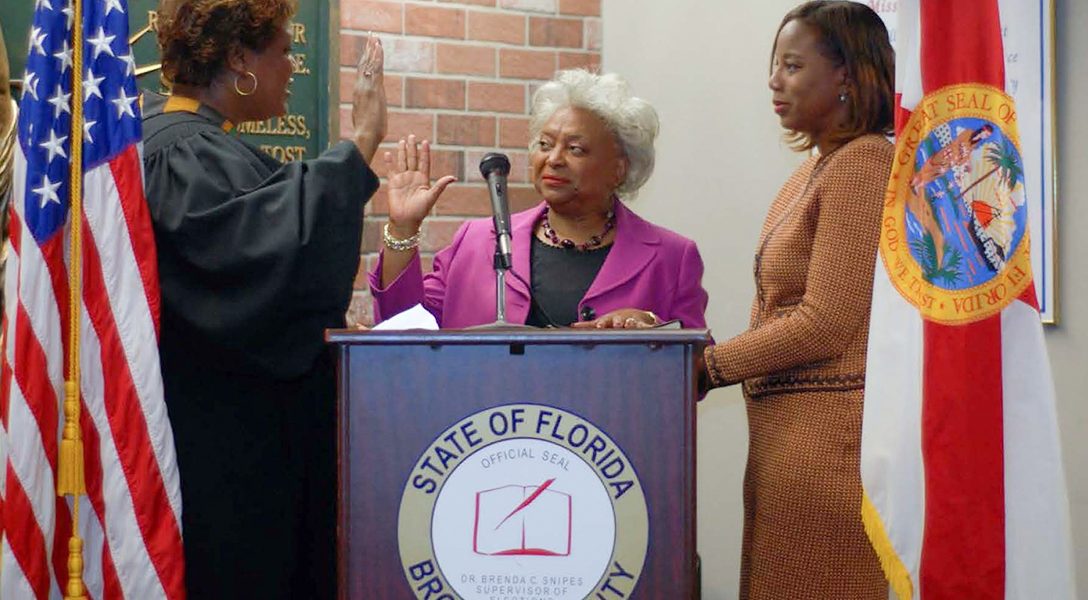 Brenda Calhoun Snipes was the supervisor of elections for Broward County, Florida, during the recent election that was plagued by political grandstanding and apparent incompetence. Snipes was suspended by Governor Rick Scott and resigned. Now she has decided to take back her resignation and fight for her job. Photo credit: Broward County, FL
Editors' Picks

The author writes, “The Trump administration can’t withhold over $29 million from six states and New York City in a clash over their immigration policies as ‘sanctuary’ jurisdictions, a federal judge said Friday in the latest of several similar rulings around the country.”

In Every State, the Minimum Wage Is Lower Than What Residents Want, Study Says  (Jimmy)

The author writes, “The United States has one of the lowest minimum wages of the world’s wealthy nations. It may come as no surprise, then, that minimum wage increases are popular with voters … But Republicans in Congress have shown little interest in increasing the minimum wage in recent years.”

The author writes, “A nurse who was separated from her children and deported to Mexico last year after more than two decades in Oakland has won her improbable fight to return to the United States. Maria Mendoza-Sanchez said she got a phone call Friday morning from the US Consulate in Mexico City saying her visa had been approved by US Citizenship and Immigration Services.”

The author writes, “Brace yourself for yet another massive data breach. Quora.com, a site where people ask and answer questions on a range of topics, said hackers breached its computer network and accessed a variety of potentially sensitive personal data for about 100 million users.”