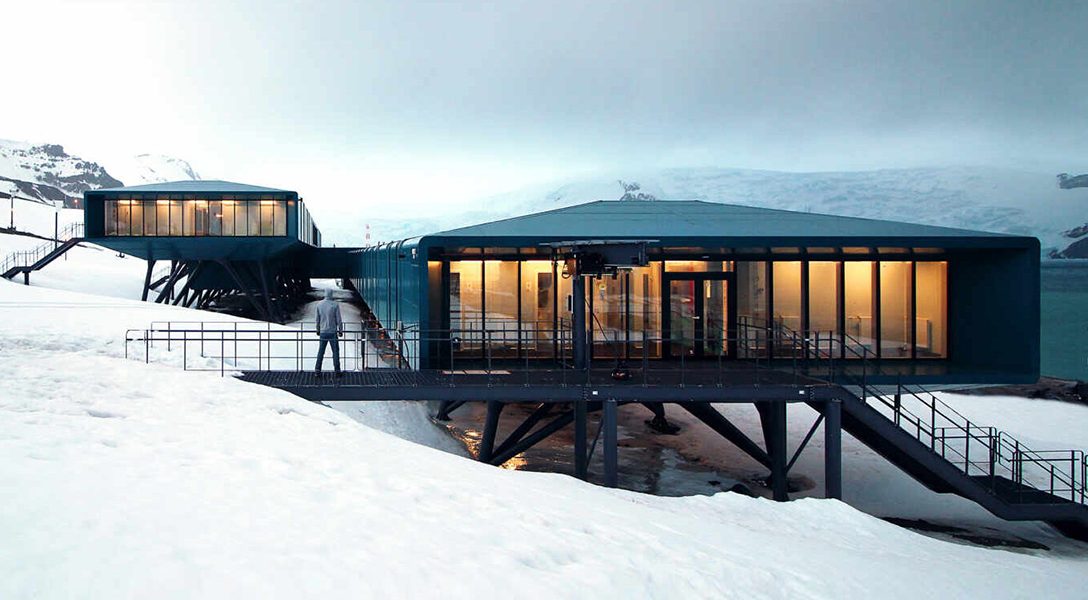 The author writes, “Brazil will officially open its new scientific outpost in Antarctica this week, eight years after a fire destroyed its original base there. The new, $100 million station is nearly twice the size of the old one and stands out for its sleek architectural design and hotel-style accommodations. ... But many scientists worry that the Brazilian government — whose support for science has plummeted the past few years — may not make enough money available to use the facility to its full potential.” Photo credit: ESTÚDIO 41 / Science
Editors' Picks

The author writes, “French transport strikes continued for a 42nd day on Wednesday, as a government compromise over the national retirement age failed to persuade certain trade unions to call off the disruptions that have rocked the country. On Wednesday, three important French ports — Marseille, Le Havre and La Rochelle — were totally blocked. Air traffic controllers also joined the strike, which Air France said would cause moderate interruptions in medium- and short-haul flights through Thursday.”

From the Lexington Herald-Leader: “The three-day protest of Kentucky coal miners who blocked a railroad track in fury over unpaid wages ended Wednesday night in a victory for the few miners who remained, with the company paying all wages demanded by a small band of miners in Pike County who blocked a train and drew national attention to their cause.”

The author writes, “[As revealed in a] new batch of documents released Tuesday, Hyde sent [Lev] Parnas text messages last year that appeared to discuss the whereabouts of [Marie] Yovanovitch in Ukraine … Using crude language, Hyde implied he or his allies were monitoring Yovanovitch in Kiev, and suggested to Parnas that she should be removed from her position. When asked Tuesday by CNN if he had offered to harm Yovanovitch, Hyde replied, ‘No effing way.’”

BOOK REVIEW: ‘Capital Is Dead: Is This Something Worse?’ (Chris)

From Hyperallergic: “Something new and much worse, involving what [McKenzie] Wark calls ‘the vector,’ has usurped [capitalism]. … The vectoralists own not only the means of production, as with the capitalists — in fact, the vectoralists own the capitalists — but also the greater communicational and distributional means and infrastructure that control how our information permeates the world via our new technology. They alone know the secrets of how to analyze this data for their exclusive profit and greater overall societal control.”