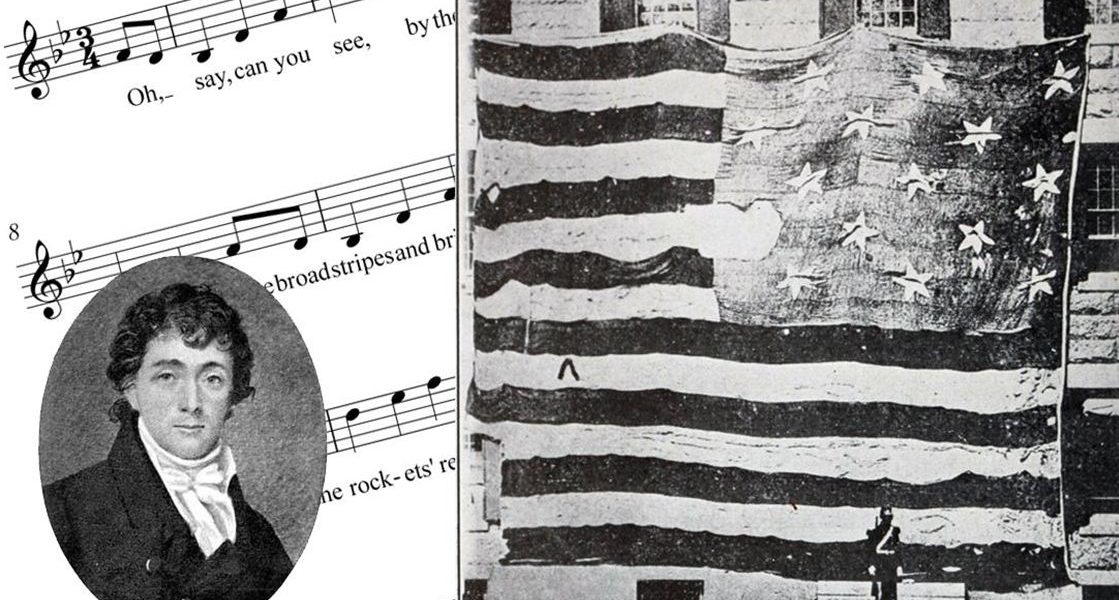 On This Day: Francis Scott Key wrote the poem "Defence of Fort McHenry" on September 14, 1814, inspired by the site of the Stars and Stripes flying over Fort McHenry during bombardment from British ships. The lyrics of the "Star-Spangled Banner" were derived from Key's poem. The National Anthem has been in the news lately with NFL players protesting the unequal application of justice in America. About this photo: Star-Spangled Banner Flag on display in 1873 in the Boston Navy Yard. Francis Scott Key at the age of 35. Star-Spangled Banner sheet music. Photo credit: Adapted by WhoWhatWhy from George Henry Preble / Wikimedia, Marion Doss / Flickr (CC BY-SA 2.0) and Aetzkorn / Wikimedia
Editors' Picks

French PM: ‘There Will Be New Attacks’ (Jeff C.)

With Manuel Valls taking a hard right shift in an appeal to fearful voters, he said there were at least 15,000 people “on the radar of police and intelligent (sic) services who were in the process of being radicalized.”

Calling it the “transparency” challenge, Wikileaks has promised to “dump” its founder’s health records.

“The average summer U.S. temperature was 73.5 degrees F, 2.1 degrees above average, according to scientists from NOAA’s National Centers for Environmental Information,” the NOAA said in a press release. “Every state in the continental U.S. and Alaska were warmer than average this summer.”

US to Give Israel $38 Billion in Military Aid (Trevin)

The plan, the largest of its kind in history, phases out a previous provision where Israel could use a fourth of the money to buy Israeli arms. “It will have to use the American money to buy American military systems, just as other aid recipients are required to do.”

Watch Rick Perry on ‘Dancing with the Stars’ (Dan)