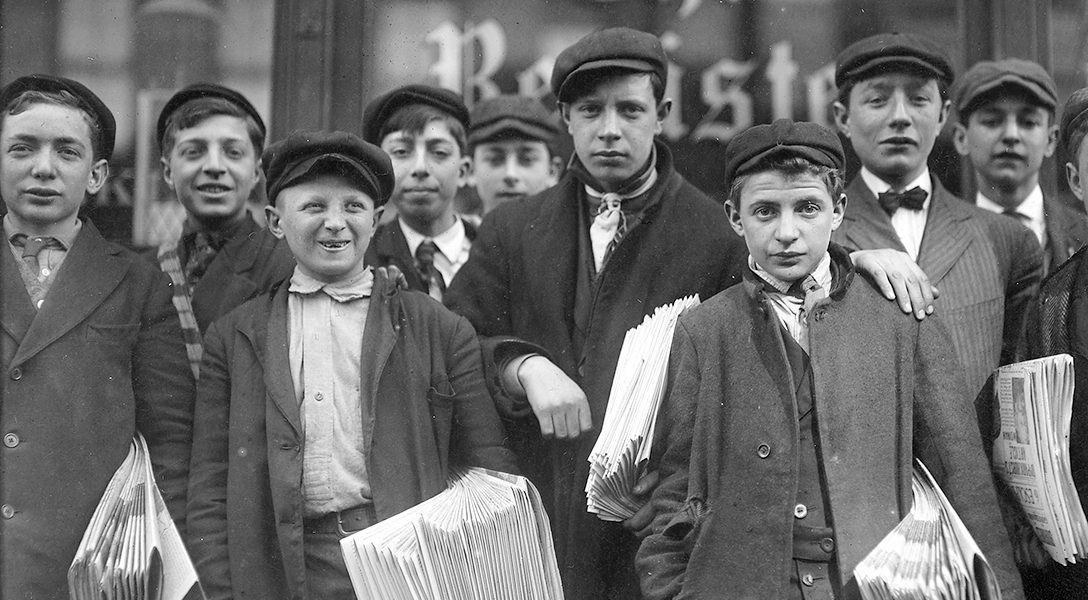 Read All About It! News organizations are working with Google, Facebook, Bing, and Twitter to label news with a "Trust Mark" to help readers identify news from trustworthy sources. Photo credit: The US National Archives / Flickr.
Editors' Picks

The British government has been portraying the bill as a simple copy-and-paste job, “to ensure a ‘calm and orderly exit.'” It paints anyone seeking amendments as a “mutineer.” Yet, according to The Independent, it is scrapping the Charter of Fundamental Rights, which includes digital privacy rights, the banning of eugenic practices, protections from workplace discrimination and abuse, and much more.

He ran against the Bush Dynasty. Now, he’s hiring their people — by the Bush-el.

The Silent US Troop Buildup in Somalia (Dan)

The African country, notoriously known as a black hole for US presence, now has as many troops as it did during the 1993 disaster depicted in the movie Black Hawk Down.

The author writes, “On November 3, the chief prosecutor of the International Criminal Court (ICC) informed the court’s Pre-Trial Chamber, ‘[T]here is a reasonable basis to believe that war crimes and crimes against humanity have been committed in connection with the armed conflict in Afghanistan.'”

What Retaliation for Reporting Sexual Assault Looks Like (Reader Steve)

These victims of sexual assault reported their cases and won. Then they were fired.

The Google CEO says the company is implementing new algorithms to so that news outlets RT and Sputnik will appear less prominently in their search engine results.

The author writes, “Federal Communications Commission Chairman Ajit Pai will reveal plans to his fellow commissioners on Tuesday to fully dismantle the agency’s Obama-era net neutrality regulations, people familiar with the plans said, in a major victory for the telecom industry in the long-running policy debate.”