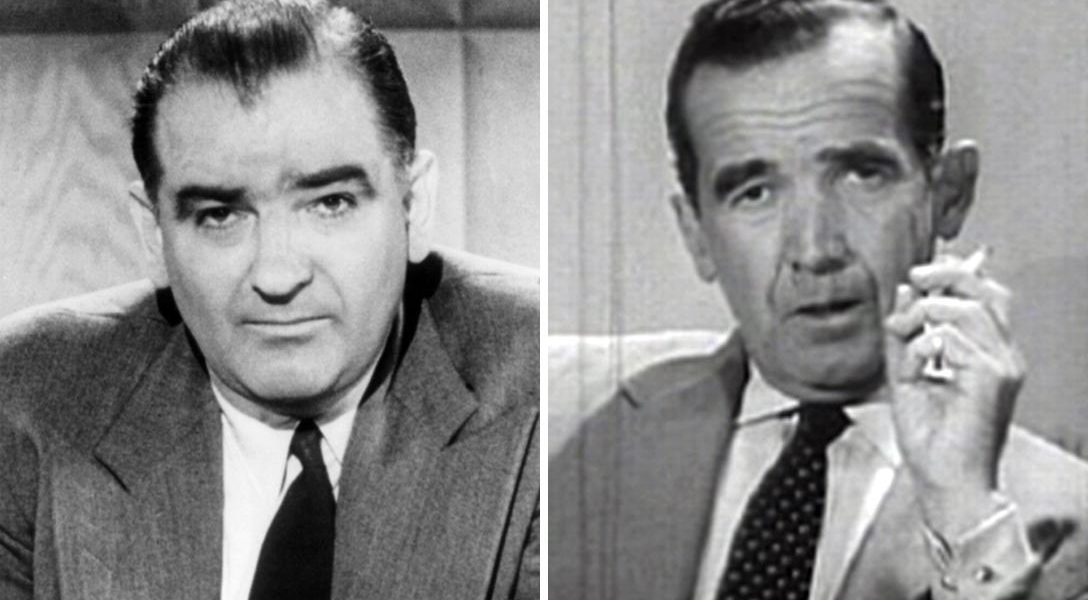 Sixty two years ago Edward R. Murrow, host of See It Now on CBS, anchored the famous episode focused on the activities of Senator Joseph McCarthy and the Communist witch hunt. Edward R. Murrow said, "No one familiar with the history of his country can deny that Congressional committees are useful; it is necessary to investigate before legislating. But the line between investigating and persecuting is a very fine one, and the junior senator from Wisconsin has stepped over it repeatedly. His primary achievement has been in confusing the public mind as between the internal and the external threats of communism. We must not confuse dissent with disloyalty; we must remember always that accusation is not proof, and that conviction depends upon evidence and due process of the law." About these photos: Senator Joseph McCarthy (left) and Edward R Murrow (right) Photo Credit: Library of Congress / Wikimedia, Archive.org / Wikimedia
Editors' Picks

Despite President Obama’s 2012 executive order promising additional protections, there doesn’t seem to have been much noticeable improvement in the confidence of national security whistleblowers to be able to come forward without retaliation.

The UK Sunday Telegraph reported that analysts are claiming the US intelligence on the number of ISIS fighters in Libya is “grossly exaggerated” by 60 to 80%. Meanwhile, The Guardian UK reports that an Italian-led NATO invasion force of 5000 is being prepared.

The claims of faulty intelligence harken back to the revelations of the Downing Street Memo in the wake of the Iraq invasion of 2003. The false intel was just one aspect of the catalog of over 900 lies and misrepresentations leading to the catastrophic invasion and destruction of Iraq.

Hillary Might Break the Glass Ceiling If She Wins, But Will She Put a Dent in the Military-Industrial Complex? (Trevin)

Here Are the Most Hate-Filled Cities and States (Russ)

The study compares rates of venomous tweets. Louisiana had a starring role.

Amazing moments captured on film of various animal mothers dealing with their young.