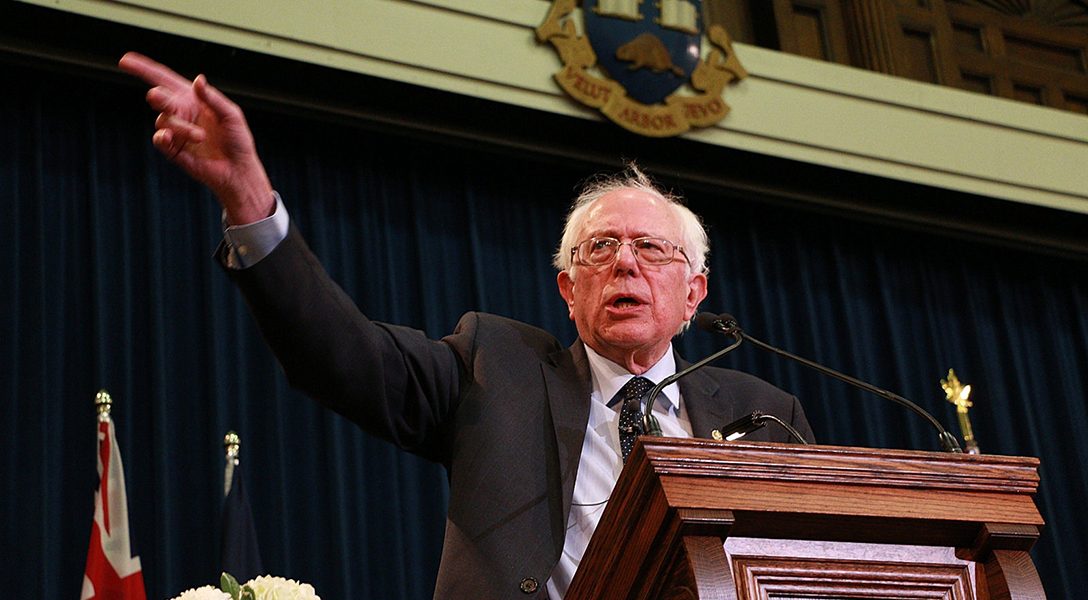 Government Work: Bernie Sanders has a plan to provide a job to anyone "who wants or needs one." Participants would receive $15 an hour minimum wage and health care benefits. Similar plans are on the table from other Democrats. Photo credit: Broadbent Institute / Flickr (CC BY-NC-ND 2.0)
Editors' Picks

Despite being embroiled in various scandals, EPA chief Scott Pruitt has not stopped his anti-science crusade. His latest move would prevent certain scientific studies from influencing policy unless they provide transparency concerning individuals involved in the experiments. While this sounds acceptable on the surface, many scientific studies operate on confidentiality to protect those who take part in the experiment.

Forget Stormy Daniels. Take a trip to the heart of flyover country and read about Eric Greitens, and his uncomfortably wild escapades. And why many of the GOP are still standing behind him.

SCOTUS appears split on Trump’s so-called “Muslim ban” after hearing oral arguments this week. The case hinges on whether Trump’s campaign rhetoric, which many feel explicitly targeted Muslims, can be seen as discrimination and thus in violation of the Constitution.

The author writes, “Heading into the 2018 midterms, with Democrats hoping to take back the House of Representatives and even make a run at the Senate, the party has spent more than $2 million worth of campaign resources on payments to Hillary Clinton’s new group, Onward Together, according to Federal Election Commission filings and interviews with people familiar with the payments.”