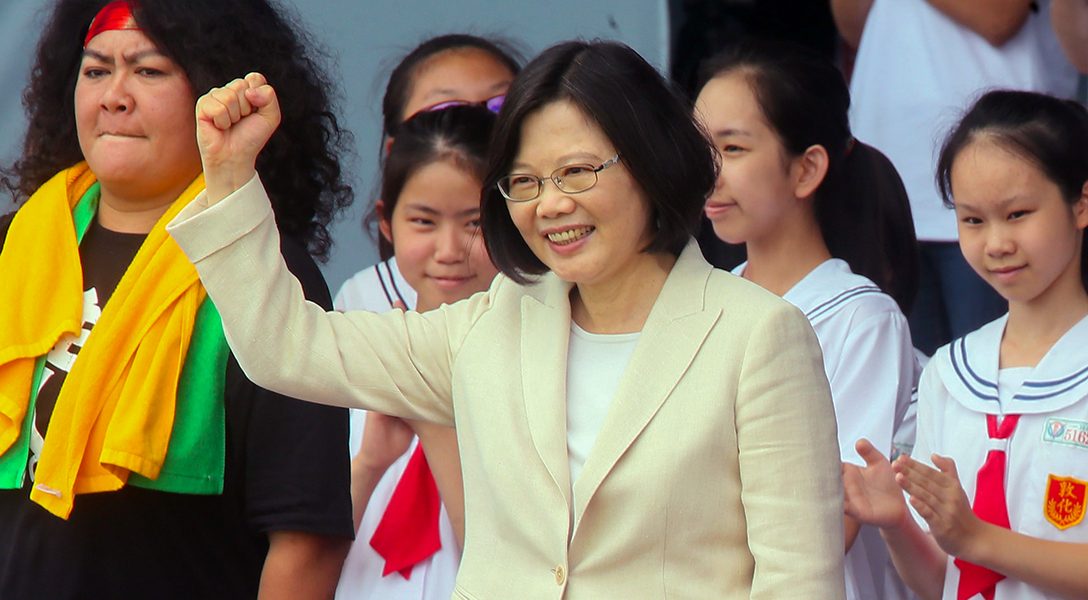 Taiwan President Tsai Ing-wen’s visit to the US last weekend included a stop at the Johnson Space Center in Houston, Texas. The Center does not permit space scientists from mainland China to access the facility, citing fear of espionage. The Chinese government protested the visit. Photo credit: 總統府 / Flickr (CC BY 2.0)
Editors' Picks

Beijing Angered by Taiwan President’s Visit to US

The author writes, “California firefighters’ ability to battle a huge wildfire was impeded by Verizon Wireless throttling their internet connection, in a moment advocates say demonstrates the high stakes of the battle over net neutrality.”

I Don’t Remember Voting for US Bombs to Murder Little Kids in Yemen, Do You? (Jimmy)

The author writes, “America’s entanglement in Yemen is so emblematic of the broader debacle that was once known as ‘the war on terror’ but now has simply become the ‘forever war,’ spanning the globe from Africa to the Middle East to Asia, with America firing missiles from drones or going on secret raids or lining up with butchering autocrats like the Saudis for nebulous and sometimes shifting aims. This all happens without legal authorization from Congress, or anything resembling an open democratic debate, and with seemingly no expiration date.”

The author writes, “After CNN posted a slightly corrected version of its falsehood-riddled Medicare for All fact check on Monday, Sen. Bernie Sanders (I-Vt.) thanked network anchor Jake Tapper for admitting that his earlier video ‘was not factual,’ but added that the updated version is still full of ‘errors peddled by the Koch-funded Mercatus Center.’”

Woman: My iPhone Was Seized at Border, Then Imaged — Feds Must Now Delete Data (Reader Luke)

The author writes, “An American Muslim woman has formally asked a federal judge to force border officials to delete data copied from her iPhone 6S Plus, months after it was seized from her when she landed at Newark International Airport in February 2018 while returning from a trip abroad.”