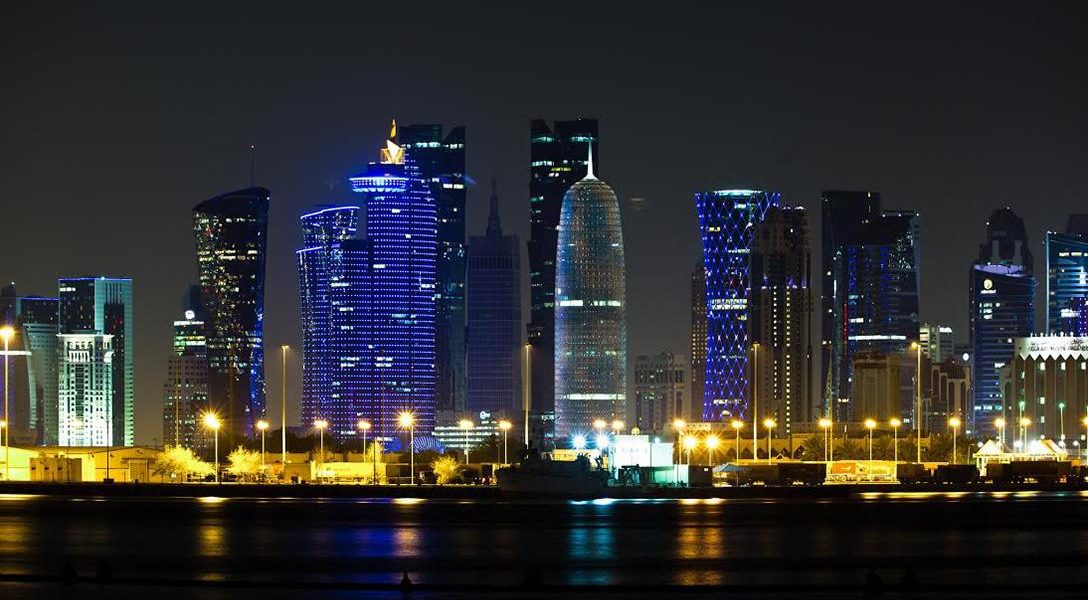 In the News: Saudi Arabia, Bahrain, Egypt and the United Arab Emirates have ended their relationship with Qatar because they claim Qatar supports terrorism and destabilizing the region. Qatari citizens were told they have 14 days to leave Saudi Arabia, Bahrain and the UAE. In addition, the four countries also banned their own citizens from entering Qatar. Yemen and the Maldives have also cut ties with Qatar. Qatar shares its only land border with Saudi Arabia and calls the accusations unjustified and baseless. About this photo: Doha, Qatar skyline. Photo credit: Y Nakanishi / Flickr (CC BY-NC-ND 2.0)
Editors' Picks

What does it say about the viability of the American dream when some 69% of adults polled admit to having less than $1,000 in the bank?

The secretive street artist’s offer of a free limited edition print to those who vote against Bristol Conservatives in the coming general election could be a criminal offense, according to a police spokesman.

Can Britain Be More Secure? (Dan)

In a country rife with CCTV cameras and no written constitution protecting individual rights, what could the UK do to prevent further alleged terror attacks?

The lower court had ordered North Carolina to draw new maps and hold a special election in 2017 to replace lawmakers elected with districts that have been found to be illegally gerrymandered. Now there lower court must narrow their order and rush to serve it on the state before the 2017 election season.

New Analysis: ‘Medicare for All’ Can Cover Everyone, Cut Costs (Trevin)

According to new financial analysis, the Healthy California Act would cut the state’s health care spending by close to 20 percent as new polling reveals 7 in 10 voters support universal coverage.