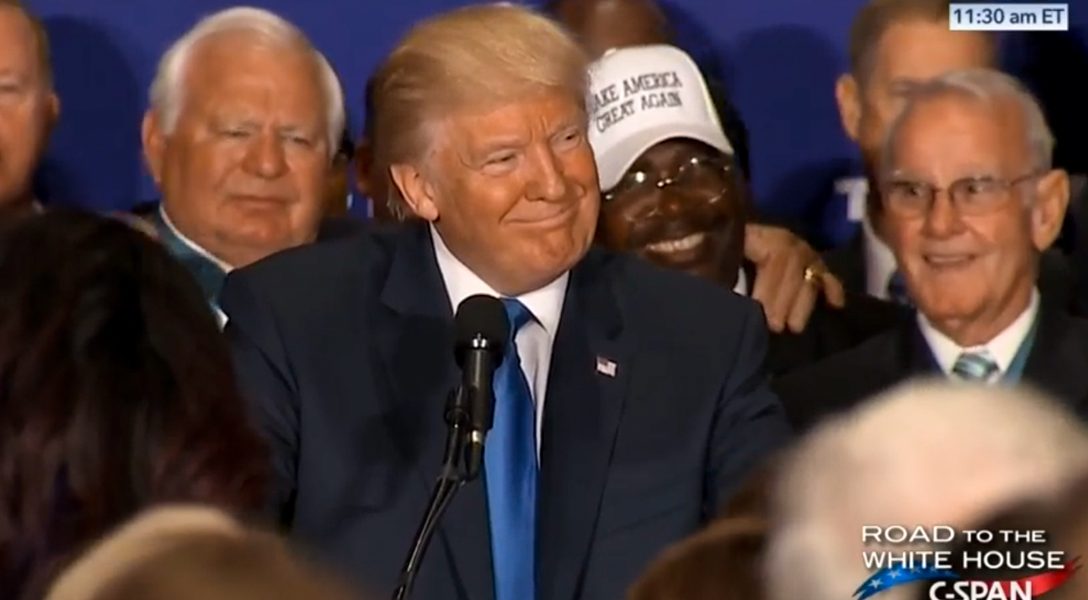 Another Period: The last time Donald Trump made a public show of backtracking on an issue in the face of media controversy was September 16, 2016. To put the birther issue to rest, candidate Trump said, "President Barack Obama was born in the United States. Period." Other administration officials have employed the word "period" in clutch situations. Photo credit: C-SPAN
Editors' Picks

With an economy in dire straits, it’s popular for politicians to run on a platform of hatred and nationalism that heaps blame on “outsiders.” That’s what Matteo Salvini, Italy’s Interior Minister, has exploited to considerable success.

The author writes, “Far from ground zero in the Trump administration’s crackdown on illegal immigration along the southern border, US Customs and Border Protection checkpoints on highways in Maine and New Hampshire are catching the eye of civil liberties groups.”

The author writes, “The Supreme Court ordered the 800-plus-page report remain sealed, even though it was given to diocesan officials in Greensburg, Pittsburgh, Erie, Harrisburg, Allentown, and Scranton last month. … The sweeping probe, believed to be one of the most exhaustive in the United States, has yielded only two criminal cases to date … But many believe the grand jury’s report will unveil a history of abuse and cover-ups spanning decades.

The author writes, “The Trump administration feared it would be a ‘public relations nightmare’: a major federal study that concluded contaminated groundwater across the country, especially near military bases, was more toxic than the government realized. Political aides to President Donald Trump and Environmental Protection Agency head Scott Pruitt pressured the Agency for Toxic Substances and Disease Registry against releasing the results.”

The author writes, “[Trump’s] order encourages more drilling and other industrial uses of the oceans and Great Lakes. The order stands in contrast to Obama’s policy, which focused heavily on conservation and climate change. His policy was written in 2010, shortly after the deadly BP Deepwater Horizon offshore drilling explosion and 87-day oil spill.”