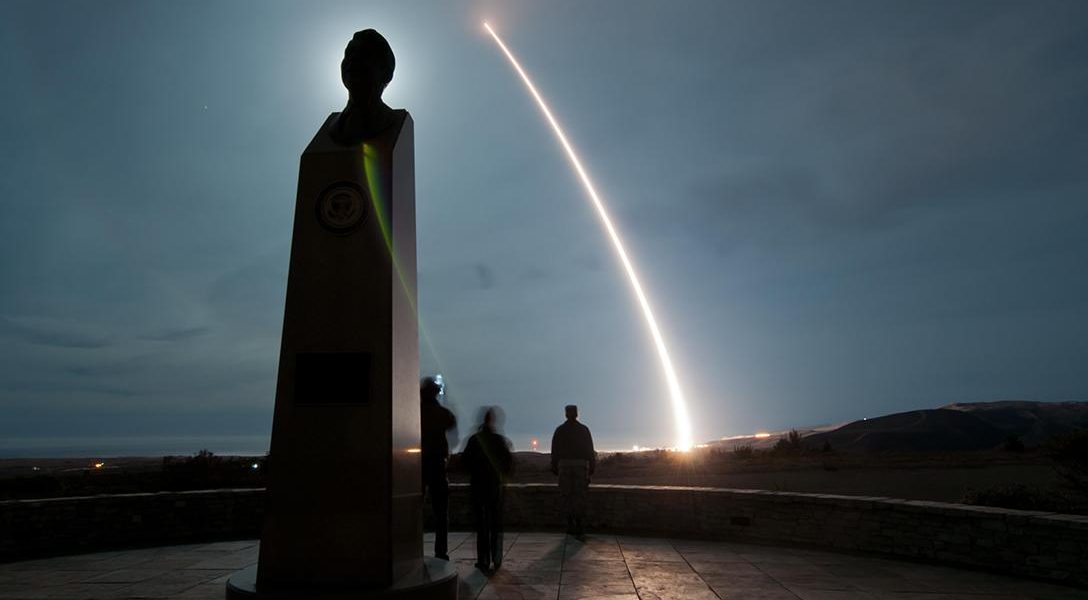 In the News: The Obama administration has authorized plans to modernize the US nuclear arsenal at a cost of $350-$450 billion over the next decade. One aspect of the upgrade is the B61-12 warhead life-extension program. Older versions of the bomb will be brought up to B61-12 standards to provide more accuracy and reliability. Meanwhile, critics worry President Obama has plans for unilateral nuclear disarmament. About this photo: An unarmed Minuteman III intercontinental ballistic missile launched during an operational test.  Photo credit: Airman 1st Class Yvonne Morale / US Air Force
Editors' Picks

American Psychiatric Association President Maria Oquendo urged group members to abide by the so-called “Goldwater Rule,” which prohibits psychiatrists from commenting publicly about the sanity (or lack thereof) of a particular candidate.

Bernie Sanders delegate James Zogby, the first Arab American to serve on a Platform Drafting Committee, argues that we should focus not only on what the Democratic Party platform omits, but on the many “little victories” he and his fellow delegates scored. Zogby highlights better protections for Arab and Muslim Americans and immigrants, as well as a fundamental change in the conversation on U.S. foreign policy vis–à–vis the Arab World.

The court ordered release of the drone-murder playbook reveals the capture of suspected terrorists is preferred and there must be “near certainty” civilians won’t be harmed or killed. Available to read here or here with footnotes.

Libertarian presidential candidate Gary Johnson is making Olympics-themed jokes at the expense of his GOP rival. Johnson told a Nevada paper that Donald Trump is watching the Olympics to see how “high Mexican pole vaulters go” — a reference to the border wall Trump wants to build.

Polling shows the Japanese people sympathize with Emperor Akihito, 82 — who cited age as a reason he may not be able to do his job — but the unprecedented move would require a change to the law.