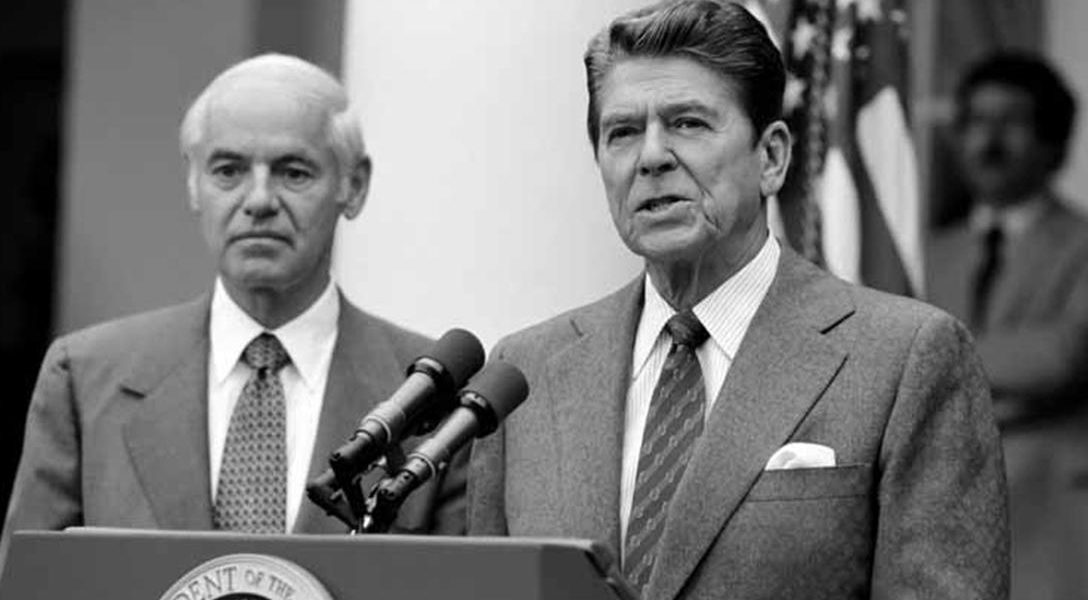 On This Day: On August 5, 1981, President Ronald Reagan fired 11,345 striking air traffic controllers (PATCO) and banned them from federal employment for life. This action made good Reagan’s August 3rd warning to the striking workers in a Rose Garden press conference. "They are in violation of the law and if they do not report for work within 48 hours they have forfeited their jobs and will be terminated." Reagan's response to the PATCO strike is often cited as the beginning of Labor's decline. About this photo: President Reagan with William French Smith during PATCO press conference.  Photo credit: White House / Wikimediag
Editors' Picks

The Dirty Business of Building a “Dirty Bomb” from Scratch (Gerry)

What’s more important: Business as usual or protecting American lives from radiation poisoning?  The answer, revealed by the government itself, will make you shudder.

Why GMO Labeling Law Is Gift to Industry (Russ)

It may be better than nothing, but there are a lot of things it doesn’t do in the “inform the public” department. Here are details.

Gideon Levy rips fellow Haaretz columnist Jeffrey Goldberg’s decision to leave the Israeli left-daily newspaper. Goldberg is living in a “liberal, intellectual, Zionist” fantasy, according to Levy, for his refusal to acknowledge the problems associated with the occupation.

The Congressional Hispanic Caucus is divided over whether to spend $50,000 on going after a supporter of Donald Trump. Opponents of the decision say it sets a bad precedent and argue that the funds of the group’s political arm should only be used to get Hispanics elected.

LA Times special correspondent Vincent Bevins outlines the “Faustian bargain” local Rio elites and government officials made with the Olympic Committee. The development of the Olympic village is being used as a pretense to remove poor communities and replace them with high-priced apartments after the games finish.

James Bamford notes that as we blame Russia for the DNC email leak, documents show Obama’s NSA has carried out “major bugging operations against the election campaigns — and the presidents — of even its closest allies.”