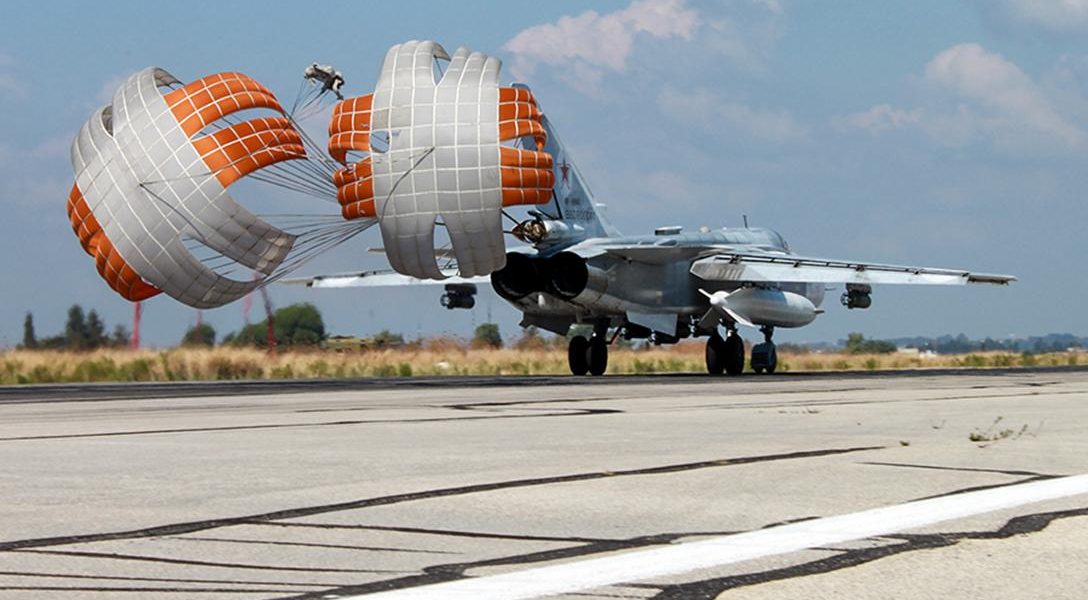 In the News: Russia was going to use air bases in Iran to launch attacks on targets in Syria. When the news of the arrangement got out, Iran rescinded the offer of cooperation. About this photo: Russian military aircraft landing.  Photo credit: Russian Ministry of Defence / Wikimedia (CC BY 4.0)
Editors' Picks

Now that campaign donors are picking up the tab, Donald Trump has quintupled the rent he charges for his own campaign headquarters. In other words, a chunk of the money people contribute to the Republican nominee flows right into his own pocket.

Police are investigating the incident as an attempted burglary.

According to Iran, “Moscow betrayed their trust.”

How apps and phones themselves take advantage of human weakness.

A judge in Texas has ruled against three University of Texas professors who want to ban concealed weapons from their classroom.

And why not? His slogan:  “A Troubled Man for Troubled Times.”