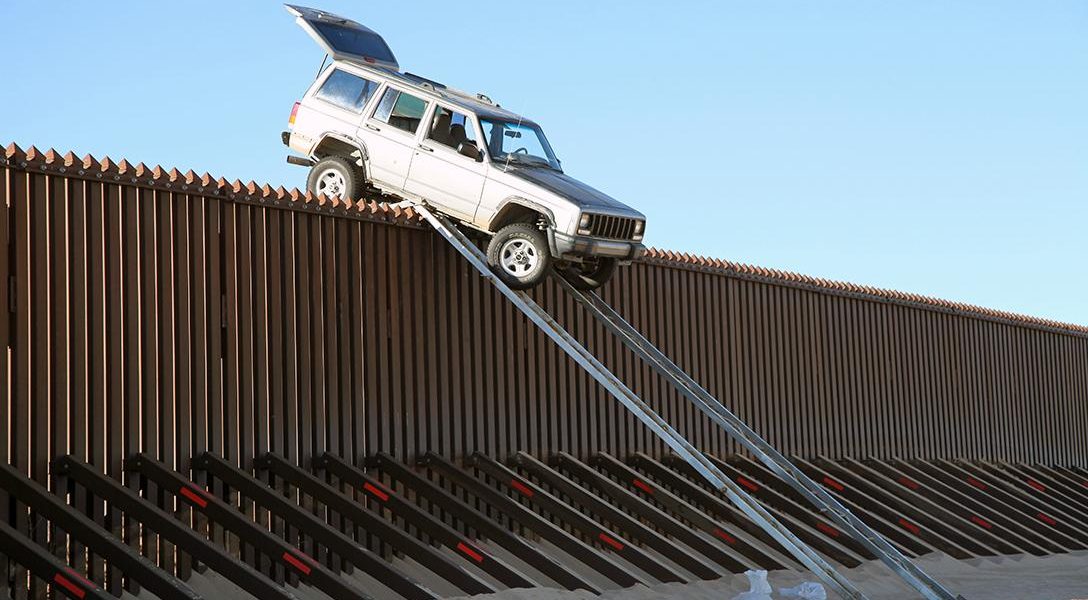 Photo of the Day: According to Pew Research, Mexicans are more likely to be leaving the US than entering. According to the report, "More Mexican immigrants have returned to Mexico from the U.S. than have migrated here since the end of the Great Recession." About this photo: US Agents, patrolling border near Yuma, Arizona, observed suspects attempting to drive over the border fence on metal ramps. The suspects fled the scene when their Jeep Cherokee became high-centered at the top of the fence.  Photo credit: US Customs and Border Protection
Editors' Picks

Paul Nehlen defended Trump on Twitter over the Khizr Khan controversy which has rattled his campaign over the past week. While Nehlen is expected to lose decisively against Ryan, it illustrates the discord between GOP leadership and the Donald.

Innovative L.A. firm figures they can charge more in wealthy areas and subsidize prices where the poor live.

In opposition to the ‘golden age of UK-China’ relations by former PM David Cameron, Theresa May has postponed the building of a partially Chinese-funded nuclear power plant. The thought, or fear, is that China would effectively have power over a British energy source. Construction of the plant is expected to resume in the Fall, but not without this first hiccup.

And the owner of the building featuring the mural, of Clinton in a revealing American flag swimsuit, is now allegedly being threatened with fines and prosecution by the local city council.

This essayist believes Obama is working  behind-the-scenes with the Pentagon to craft an ‘October Surprise’ victory over ISIS by retaking Mosul in Iraq and Raqqa in Syria. The win, the article argues, would effectively ‘stabilize’ the Middle East.