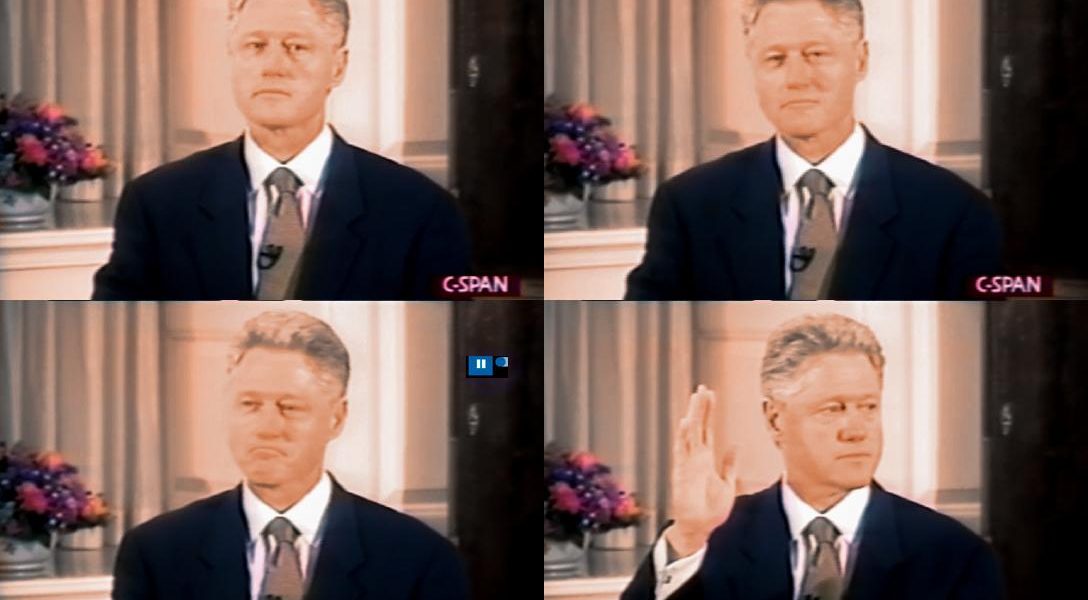 On This Day: President Bill Clinton testified before a federal grand jury on August 17, 1998, about engaging in inappropriate sexual behavior with Monica Lewinsky. That same day he gave a nationally televised statement admitting his relationship with Lewinsky. About this photo: Clinton taking an oath to tell the truth before giving testimony.  Photo credit: Adapted by WhoWhatWhy from CSPAN
Editors' Picks

Limits to growth discussion is back in style as companies face rising production costs and unsustainable debt up against deflated prices.

The former head of Fox News, who stepped down last month after allegations of sexual harassment, is prepping Trump for the first presidential debate on September 26. Read how he made a name for himself in Republican politics before taking the helm at Fox.

Fighting Back Against Blacklisting of Activist Tenants (Russ)

What does the alliance mean for a future Clinton — or Trump — presidency?

Bill Shine, Roger Ailes’ second-in-command, stays out of the spotlight more than his predecessor. However, he has played his own role in the sexual harassment allegations that have plagued the network’s former executive.

As a result of Donald Trump’s unpopularity, Democrats now believe they have a chance to pick up Senate seats in Missouri and North Carolina.