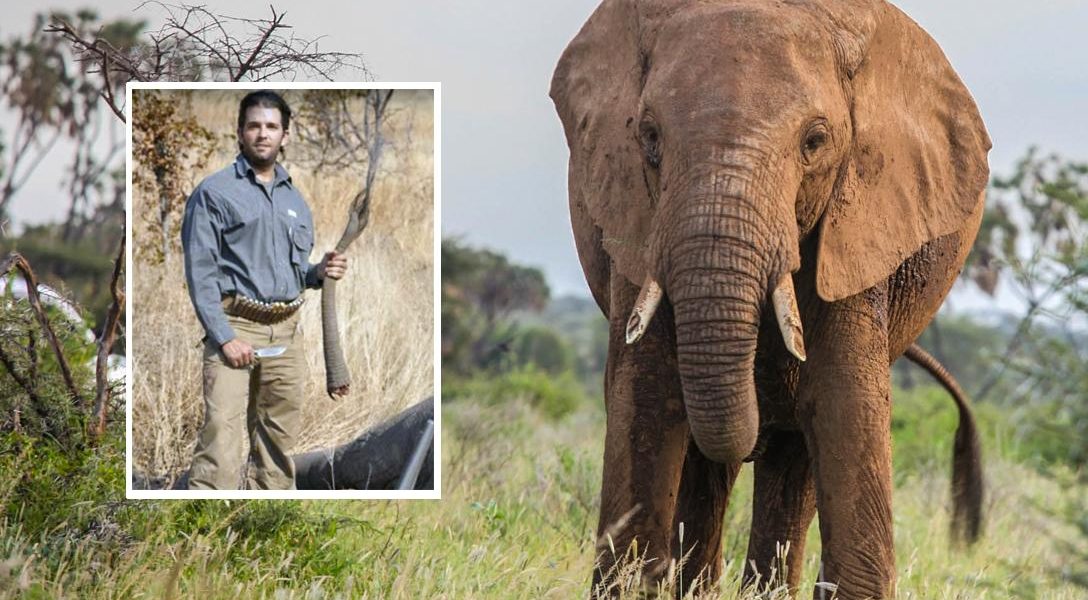 August 12th is World Elephant Day, an annual event created to bring attention to the plight of Asian and African elephants and to help protect elephants from the threats they face. Donald Trump Jr. inadvertently helped bring attention to the cause when TMZ published a photo of the GOP candidate's son holding a severed elephant tail while on safari in Zimbabwe. You can read Donald Jr.'s defense of his hunting practices in this article, TMZ Is Wrong About Donald Trump Jr. and Safari Hunting. About these photos: Donald Trump Jr. holds the cut off tail of an elephant and an elephant in the Samburu National Reserve, Kenya.  Photo credit: Ninara / Flickr (CC BY 2.0),  Trophycruelty's channel / YouTube
Editors' Picks

A recent spate of terrorists attacks has caused the German government to rethink their strict privacy laws.

The targets of the Russian hack were not warned because the information was so secret.

When Italians were a Terrorist Threat (Celia)

There is nothing new about American fears that a wave of immigrants with a “history” of violence would threaten the country.

Since the ousting of Hosni Mubarak in 2011, Egypt’s economy has struggled to find stability. The recent $12 million dollar loan from the IMF could change that. However, some worry of the provisions attached to the money.