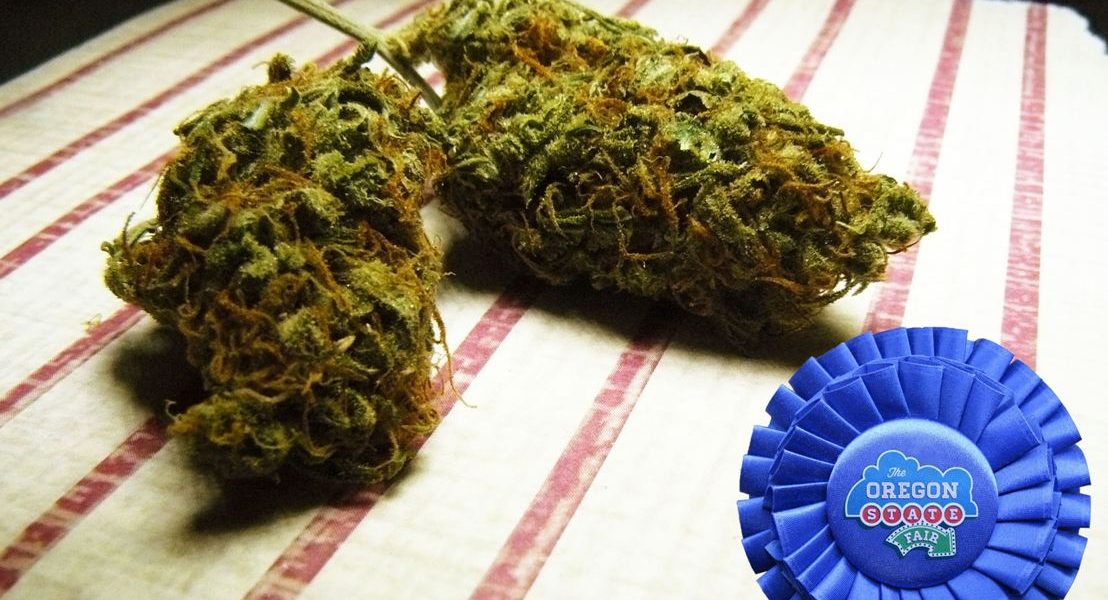 In the News: Now that growing marijuana is legal in Oregon, the Oregon State Fair has decided to display prize-winning marijuana plants. The nine-plant exhibit is sponsored by the Oregon Cannabis Business Council. About this photo: Marijuana bud with simulated blue ribbon.  Photo credit: Adapted by WhoWhatWhy from Robbie Sproule / Flickr (CC BY 2.0) and tanjila ahmed / Flickr (CC BY 2.0)
Editors' Picks

Could this be the viral video that turns people from the GOP nominee?

An internal poll conducted on behalf of a Republican lawmaker shows Libertarian presidential candidate Gary Johnson within striking distance in Utah. He only trails frontrunner Donald Trump by 3 points.

The industry has been persuaded to focus on cybersecurity, but since the product development cycle for cars is so long, the fruits of this labor may not be felt until 2023. And a proposed law in Michigan could prevent vulnerabilities from being discovered if security researchers are afraid of facing life in prison for their work.

How is an outright lie of significance — Melania Trump’s website claim that she obtained a bachelor’s degree in architecture, when she didn’t — not an issue her husband is made to address? The site scrubbed the claim after inquiries, but the issue is a legitimate one of character.

How They Addict Us to Our Smartphones (Russ)

Our craving for our smartphones is the result of a cynical effort by app creators to create a system of virtual slavery dependent on constant “rewards,” says this essayist.

The Obama administration and Israeli prime minister Netanyahu are nearing a renewal of the intractable US-Israel direct military aid. Begun in 1962, the bipartisan agreement — currently $3.1 billion per year — has grown exponentially over the years, making Israel the largest beneficiary of US economic aid by far.