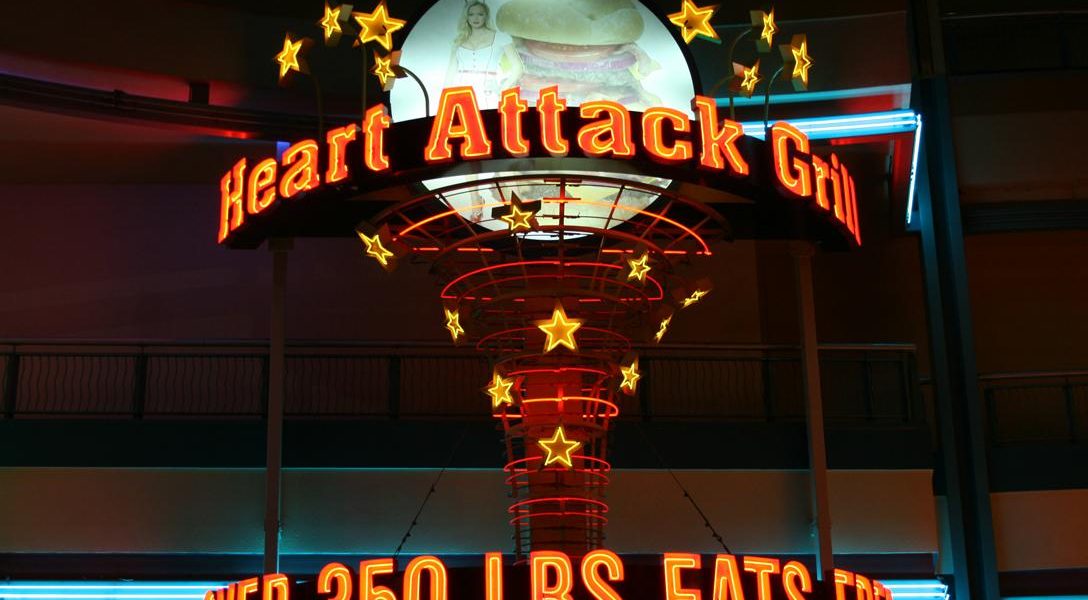 Americans are suffering severe heart attacks earlier in life. The average age fell from 64 to 60 according to a Cleveland Clinic researchers report. This is likely due to increased incidents of obesity, smoking and other factors. About this photo: Heart Attack Grill in Las Vegas, Nevada, USA.  Photo Credit: Alexander Blecher / Wikmedia (CC BY-SA 3.0 DE)
Editors' Picks

Privacy groups have accused the tech industry of hijacking the process of how best to handle the collection and storage of “faceprints.”

In the 1940s and 50s, hundreds of Guatemalans, including children, were intentionally infected with STDs as part of a US government program. Now, survivors of this “study” as well as descendants of other victims filed a $1 billion lawsuit against Johns Hopkins University and the Rockefeller Foundation, claiming that the two institutions were complicit in carrying out the program.

Landlords must now demonstrate threat to safety or property if they want to reject potential tenants with criminal histories.

That’s quite an anniversary! Minimum is still $2.13 an hour for those who also get tips — but they don’t exactly make out like bandits, which is why Bernie Sanders’ $15/hour minimum proposal is growing in popularity.

What was once one of North America’s largest coal-fired power plants is becoming a solar farm. It’s one of the biggest victories for sustainable energy.

A company selling stock footage put together a generic campaign commercial. Not only is it hilarious but it might just help you survive the barrage of commercials you will likely get to see in the Fall — if you live in a swing state.