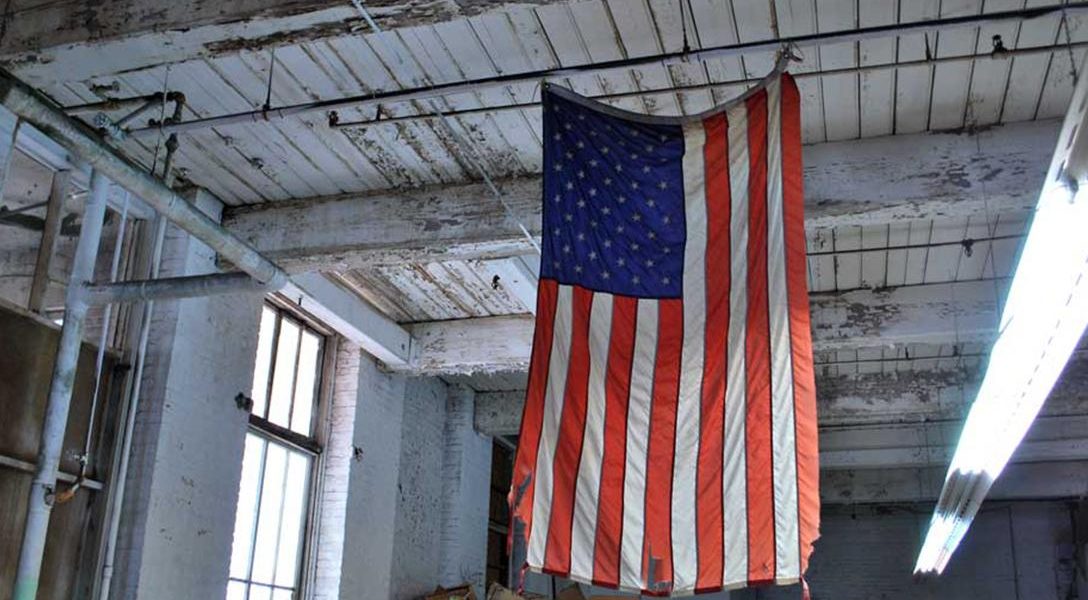 Bloomberg Government will present on April 19th, The Future of Manufacturing. Questions remain on how the US will regain its place as the leader in manufacturing. About the photo: An American Flag hangs in an abandoned factory in Rhode Island. Photo Credit: Alamodestuff / Flickr (CC BY-NC-ND 2.0)
Editors' Picks

Is help from the Working Families Party able to make a difference? You may know the answer by the time you read this.

The city council has voted unanimously in favor of developing a fleet of driverless ”autonomous vehicles,” that would be available to all residents via a smartphone app.

Even Controversial $15 Minimum Wage May Not Be Enough (Russ)

It is coming to more states — with a fight. But there’s evidence that “even” $15 is not enough for families to get by.

Spokesman John Earnest stated that the bill, which would allow American families of 9/11 victims to sue the government of Saudi Arabia for its alleged involvement in the attacks, would “jeopardize international sovereignty and put the US at ‘significant risk’ if other countries adopted a similar law.”

Chris Hedges: Revolution is in the Air (Jeff)

The Truthdig contributor describes his arrest as part of the Democracy Spring protests in Washington D.C. and assails the corporate media’s blackout of the event as further evidence that the system is incapable of reform.