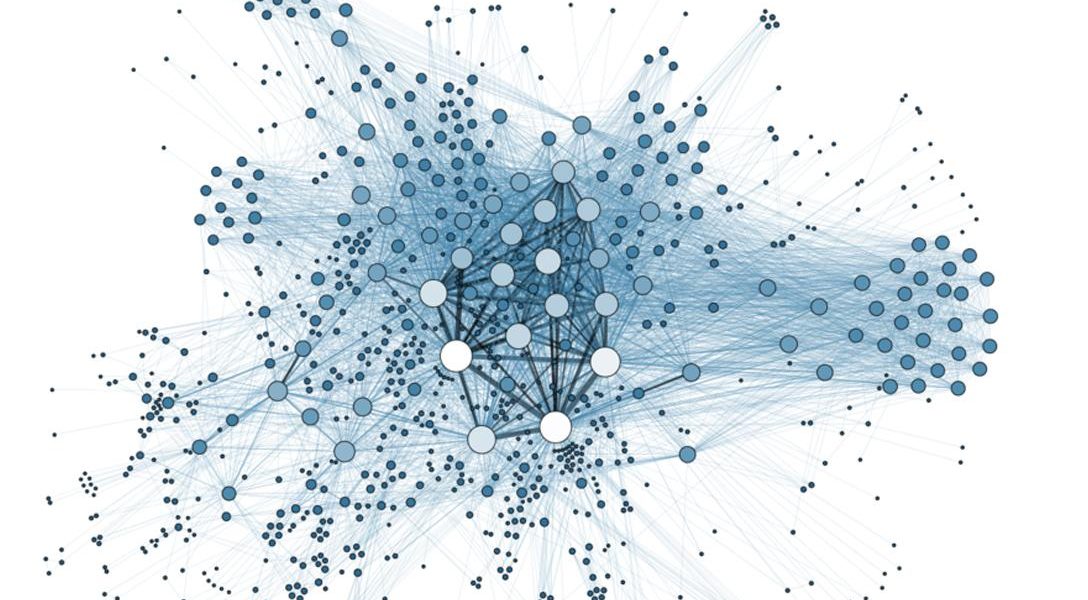 Big Data For Media Week is taking place in New York City and will include a series of conferences and tours. Among the events is the Data Journalism Summit at the Associated Press in New York. This summit "will showcase the top data journalism department thinkers and executives, illuminating the best strategies and tactics for organizing effective data journalism departments and excellence in data journalism." Data journalism is a growing specialty bringing design, computer science and statistics to bear in the presentation of news stories. About this image: Social Network Analysis Visualization  Photo Credit: Martin Grandjean / Wikimedia (CC BY-SA 3.0)
Editors' Picks

Who is radicalized? There’s a real slippery slope here.

Just water, detergent, and “a few brushes against the skin” can simultaneously restore your glowing, youthful complexion and expose “unique biomarkers” that leave you vulnerable to “a variety of diagnostic tests, including DNA collection.”

Another day, another settlement. This time it’s Wells Fargo.

This essayist points out how many politicians only become interested in crucial issues when it affects them personally, and how others promote myths about the virtuosity of various figures who are popular in the moment.

An Apple a Day Still Keeps the Doctor Away (Milicent)

According to a study published in the New England Journal of Medicine, if you eat fresh fruit every day — (doesn’t really have to be apples) — you will be at lower risk of heart attack and stroke than people who rarely eat it.

The false equivalency of “both parties do it” has finally started to give in to an acknowledgement among the pundit class that the GOP’s radical, and across the board obstructionism since 2009, carries the most blame for a breakdown in governing.

The Drugs That Built a Super Soldier (Trevin)

Not quite the invincible variety of X-Files fame, but during the Vietnam War our military pumped servicemen full of speed, steroids, and painkillers to increase aggression, alertness, and to create a general sense of invulnerability.

Bird Knocked Unconscious is Revived by Another Bird (Milicent)

Once again, something amazing happened that you might never believe were it not for the miracle of film: a bird was lying unconscious on the pavement after banging into a glass window, and another bird actually revived it!. This second bird strokes it, pecks at it, slaps its wings, pushes it about, seems to try picking it up, and probably talks to it, until — it wakes up and flies away. You have to see it to believe it.