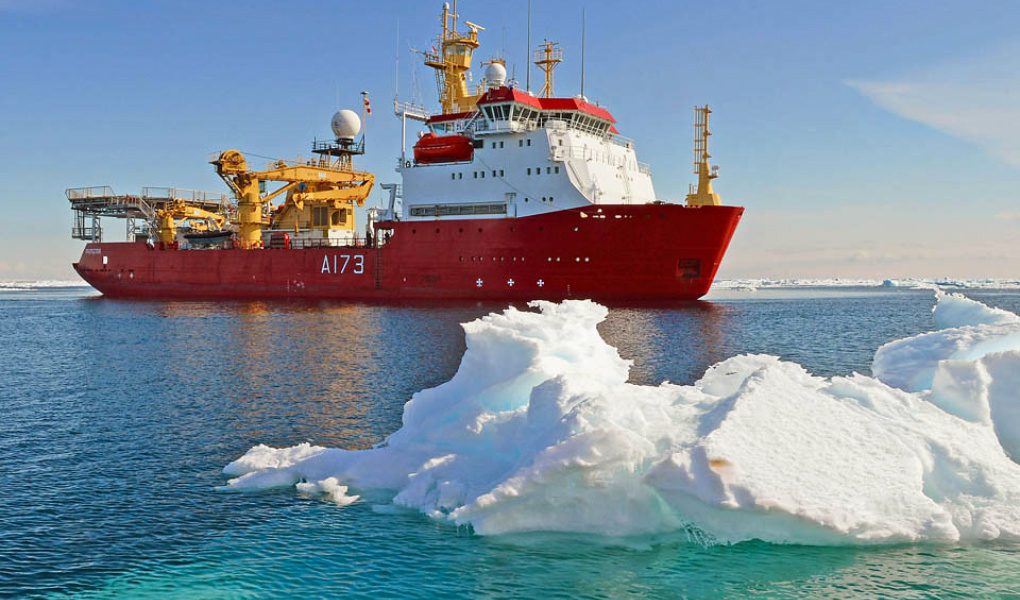 The author writes, “Scientists have made the most precise map yet of the mountains, canyons and plains that make up the floor of Antarctica’s encircling Southern Ocean. Covering 48 million square kilometers, this chart for the first time details a new deepest point — a depression lying 7,432 miles down called the Factorian Deep. Knowledge of the shape of the ocean’s bottom is essential to safe navigation, marine conservation, and understanding Earth’s climate and geological history. But we still have much to learn.”

These Are Not Your Father’s GMOs (Sean)

From the MIT Technology Review: “The U.S. soybean crop is four billion bushels a year, about 240 billion pounds. It generates the most cash receipts for American farms after cattle and corn. Of those beans, more than 90 percent are genetically modified organisms, or GMOs—that is, they’ve been genetically enhanced, most often through the addition of a gene from a soil bacterium that renders them immune to the weed killer glyphosate, commonly known as Roundup. The 4,000 bushels McHenry and I were sitting in, however, represent a new type of plant that’s been modified using gene editing. A startup had employed the technology to introduce changes in two genes involved in fatty-acid synthesis, so that oil pressed from the beans is more like olive oil than typical soy oil.”

The author writes, “[The organization] mandated that everyone participating in its USA Games, which began Sunday in Orlando, Fla., be vaccinated. That whole effort collapsed spectacularly Thursday, when the Special Olympics abruptly canceled the vaccine mandate for the Orlando games. The decision wasn’t based on any reassessment of the health risks of the vaccine, or of the hazards of participating in the games without vaccination. It was entirely a response to an astonishing threat from the state of Florida to fine the games $27.5 million for imposing a vaccine mandate.”

The Builders of Stonehenge Left Behind Poop, And We Now Know What Was in It (Mili)

From Science Alert: “The preserved poops, or coprolites, are over 4,500 years old; one was human, and four were of dog origin. Four of the five coprolites contained the lemon-shaped eggs of capillariid worms. These tapeworms are known to infect cattle and other grazers, and the fact that eggs were found in human poop gives archaeologists clues as to what Neolithic people might once have eaten while they built Stonehenge. As the Durrington community put together the ancient timekeeping system that still stands to this day, researchers suspect they were consuming raw or undercooked cow intestines, lungs, or livers.”

The author writes, “Radical plans to raise the legal smoking age in the UK to 21 as part of a review backed by the health secretary could be unveiled before the end of this week, reports say. The review is expected to arrive on Thursday in a bid to slash the number of smokers in Britain to 5 per cent by 2030. Led by former Barnardo’s CEO Javed Khan, the report is expected to recommend that the legal age to purchase cigarettes be raised and that new taxes be levied on profits made by tobacco companies. But The Guardian reported there is resistance from within the government regarding the changes. And the plans, commissioned by Sajid Javid, are expected to go out to consultation after the fine points have been released.”