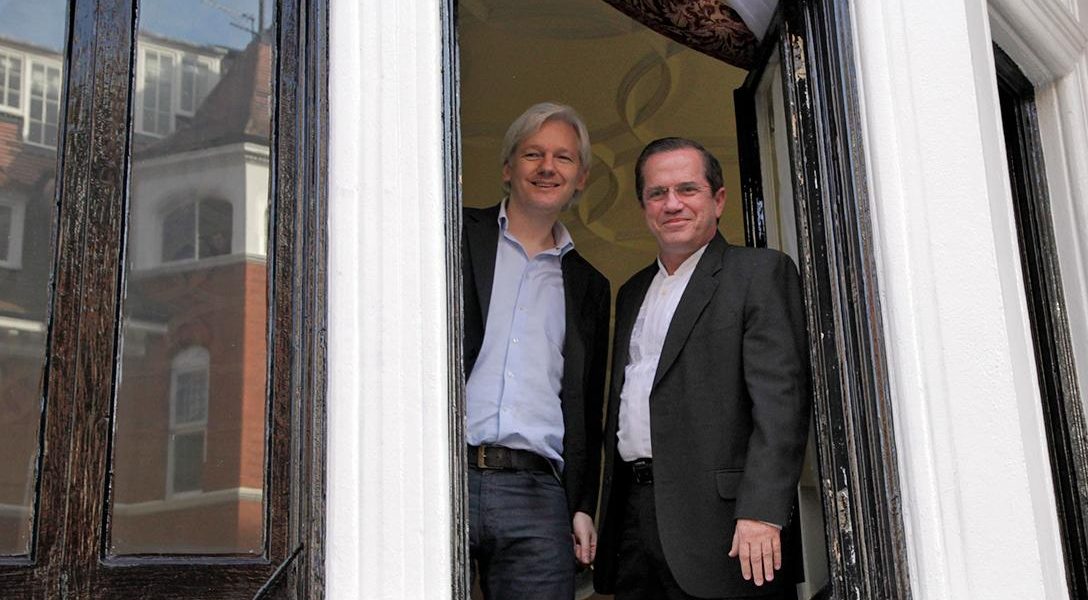 On this Day: Five years ago WikiLeaks founder Julian Assange was granted asylum in London's Ecuadorian Embassy. Assange wanted to avoid extradition to the US where he could face legal action for publishing classified US Army documents and videos. Assange is still living in the embassy. About this photo: Julian Assange (left) with Ecuadorian Foreign Minister Ricardo Patiño in the Ecuadorian Embassy in London, June 16, 2013. Photo credit: Cancillería del Ecuador / Flickr (CC BY-SA 2.0)
Editors' Picks

Bill Curry, former WH counselor to Bill Clinton writes, “Democrats craft separate messages for their donors and their voter base, encrypting each of them in hard-to-crack code. The result is a message so muddled no one understands or trusts what they say.”

It’s a disease – everyone is a publisher now; many are only too eager to accuse Bernie Sanders of being a Russian agent, and other nuttiness.

Per a request by Iraq, European leaders are considering a “security mission” to help Iraqi forces after the fall of IS stronghold of Mosul. The fear of a ‘vacuum’ makes the case more compelling. Previous such missions, however, have failed for various reasons.

Matt Stoller writes, “There is only one force that can stop Amazon from organizing and regulating basically all American retail commerce — our democratic institutions and our political system.”

On the eve of Father’s Day, while many were out shopping for gifts, a bomb rocked a mall in Bogota. With competing armed factions in Colombia, responsibility for the blast is anyone’s guess.