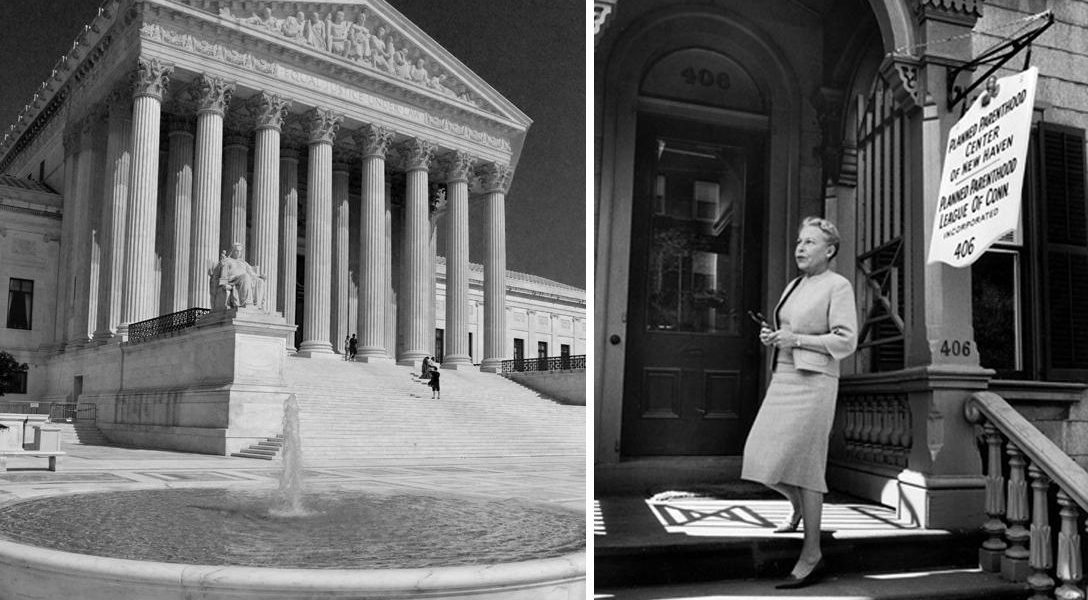 On This Day: On June 7, 1965, The US Supreme Court legalized the use of contraception by married couples in the Griswold v. Connecticut decision. About these photos: US Supreme Court, and Estelle Griswold, executive director of the Planned Parenthood League, standing outside the center in April, 1963. Photo credit: Sammy Six / Flickr (CC BY 2.0) and Lee Lockwood / Wikimedia (CC0 1.0)
Editors' Picks

Many news organizations, including The Washington Post, have phased out the role of ombudsman or public editor, an independent voice that serves as a liaison between readers and the newsroom. Add the New York Times to that list.

Under a draft rule from the Trump Administration, your employer will be allowed to deny contraceptive coverage by claiming a religious or moral objection. According to the ACLU, the rule is shameful in its hypocrisy, hurts religious liberty, encourages discrimination and will not reduce litigation as suggested.

The country, Erik Prince wrote, should be run by “an American viceroy who would lead all U.S. government and coalition efforts — including command, budget, policy, promotion, and contracting — and report directly to the president.”

The Heavy Price of Student Debt on Mental Health (Jimmy)

The research is in: Becoming a debt slave before you’re allowed to buy beer and before your brain is fully formed is not healthy for you.