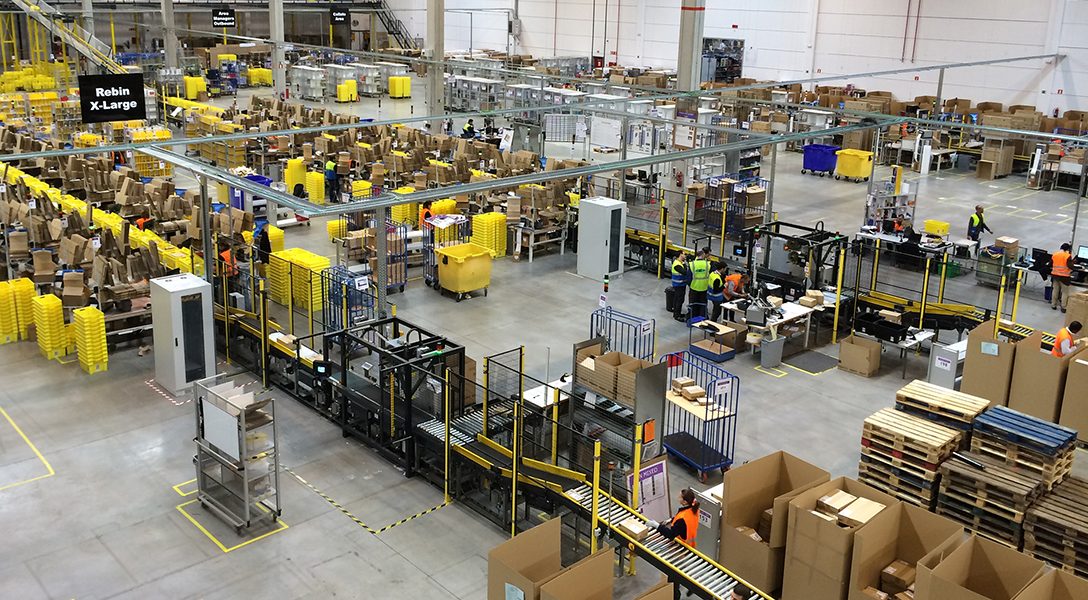 Amazon has agreed to raise its minimum wage for all US workers to $15 an hour, following pressure from employees and high-profile politicians like Sen. Bernie Sanders (D-VT). Photo credit: Alvaro Ibanez / Wikimedia (CC BY 2.0)
Editors' Picks

The author writes, “Trump has wrought a lot of destruction in service of landing us in roughly the same position we would have been in had we simply stayed in TPP and pursued more amicable negotiations with Mexico and Canada on other outstanding issues.”

The author writes, “Two US Senators — Sens. Charles E. Grassley (R-Iowa) and Jon Tester (D-Mont.) — are applying for federal money under a $12 billion bailout program set up by the White House to help farmers hurt by trade hostilities, spokespeople from their offices said.”

The author writes, “Russia must halt its covert development of a banned cruise missile system or the United States will seek to destroy it before it becomes operational, Washington’s envoy to NATO said on Tuesday.”

The author writes, “Why would the Nuneses, Steve King, and an obscure dairy publication all conspire to hide the fact that the congressman’s family sold its farm and moved to Iowa? I went to Sibley to find out. Things got a little strange.”

The author writes, “In a significant victory for coastal access rights in California, the US Supreme Court on Monday rejected a Silicon Valley billionaire’s appeal to keep a beach to himself.”

From the New York Times: “A surging inmate population in the 1980s led to a boom in for-profit prisons. Today,  privately run prisons have become the government’s default detention centers for undocumented migrants.”

The author writes, “Morten Bay, a research fellow at the University of Southern California (USC), analysed Twitter activity about the film and concluded that more than 50% of posts are by ‘bots, trolls/sockpuppets or political activists using the debate to propagate political messages supporting extreme rightwing causes and the discrimination of gender, race, or sexuality. A number of these users appear to be Russian trolls.’”