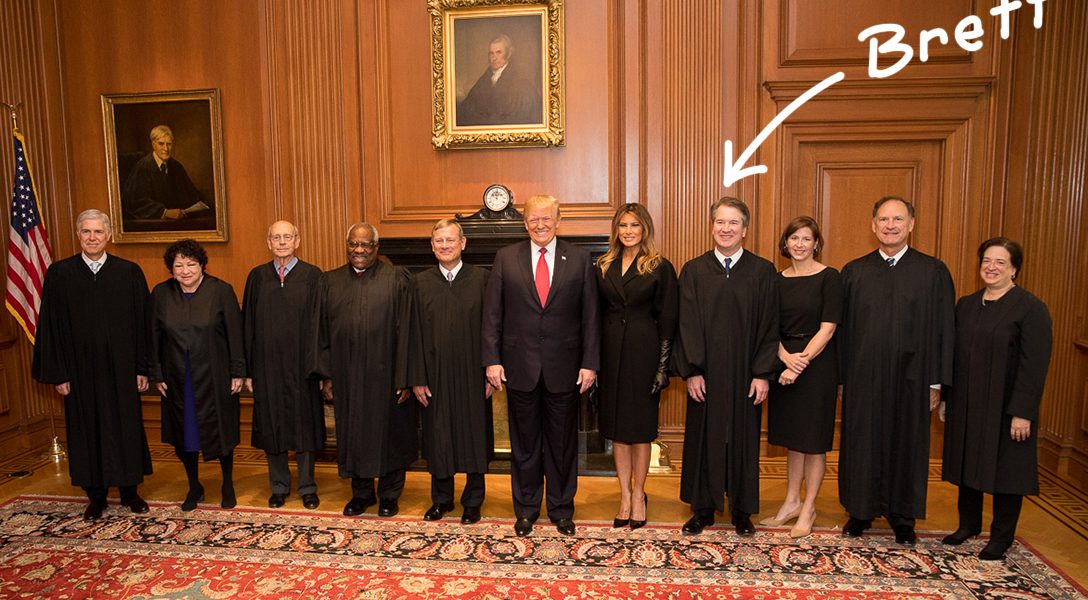 From BuzzFeed News: “All of the ethics complaints filed against Justice Brett Kavanaugh during his confirmation proceedings were dismissed on Tuesday after a panel of federal judges concluded that Kavanaugh is no longer covered by the judiciary's disciplinary process.” Photo credit: The White House / Flickr
Editors' Picks

From the Atlantic: “It’s street cred — the more sponsors you have, the more credibility you have.”

From the Seattle Times: “It was the most audacious political promise in generations, and so simple you could chant it at rallies. But like a lot of things with Trump, a wall on the border was more about symbolism, not practical sense.”

An Epidemic Is Killing Thousands Of Coal Miners. Regulators Could Have Stopped It (Jimmy)

The author writes, “After spending just 12 years underground, his lungs are so bad he faces what coal miners decades older and with decades more in mining have endured. His lung tissue is dying so fast, his respiratory therapist says, it just peels away.”

How Come So Many Bernie Bros Are Women and People of Color? (Reader Luke)

The author writes, “But empirical evidence has not stopped much of the corporate press — including many ‘liberal’ or ‘progressive’ outlets and commentators — from condemning the senator as having ‘a race problem.’”

Why Has California’s Jim Costa Voted Twice Against Limiting US Involvement in Yemen? (Reader Steve)

The author writes, “California Rep. Jim Costa is one of two House Democrats to vote with Republicans twice in recent weeks to block efforts to cut military assistance to Saudi Arabia’s war in Yemen.”

From Vox: “In a huge win for Trump’s asylum crackdown, Central Americans and others will be forced to wait in Mexico while their claims are processed in the US.”

Can Feds Use Secret Court Filings to Send Terror Suspect Back to Iraq? (Reader Steve)

The author writes, “The case of the suspected terrorist who federal officials want to extradite back to Iraq has taken a secret turn, with prosecutors filing documents that the defense says even they are not being allowed to see.”