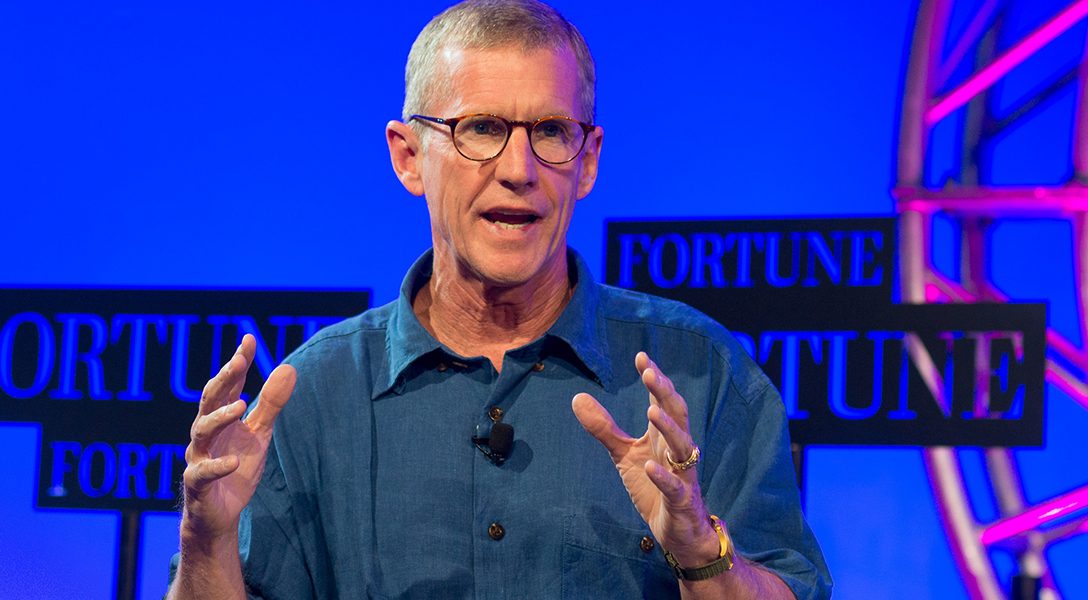 The author writes, "Stanley McChrystal, the former commander of NATO forces in Afghanistan, recently told Secretary of State Mike Pompeo that he did not know what to do in Afghanistan but offered his ‘best suggestion’ was for a small number of troops to remain and ‘muddle along’ in the country ..." Photo credit: Fortune Brainstorm TECH / Flickr (CC BY-NC-ND 2.0)
Editors' Picks

After 17 Years of War, Former Commander Tells Pompeo Best to ‘Muddle Along’ in Afghanistan

The author writes, “‘Gerrymandering is cheating, so it doesn’t matter if your own team is doing it or if your opponents are doing it,’ said Analilia Mejia, director of New Jersey Working Families Alliance.”

In China, Your Car Could Be Talking to the Government (Reader Steve)

The author writes, “Global automakers are feeding real-time location information and dozens of other data points from electric vehicles to Chinese government monitoring centers, potentially adding to China’s rich kit of surveillance tools as President Xi Jinping steps up the use of technology to track Chinese citizens.”

The author writes, “Reporters at Bloomberg News are on edge after their boss announced that if he chooses to run for president in 2020 — a decision he will have to finalize relatively soon — it could mean the end of the news outlet’s political coverage.”

The author writes, “Nauert, 48, is an unusual choice for the UN role given that she had little experience in government or foreign policy before joining the administration in April 2017 after several years as an anchor and correspondent for Fox News, including on the ‘Fox and Friends’ show watched by Trump.”

The author writes, “The Baltimore Animal Rescue & Care Shelter announced Thursday that it is the first organization locally to use sophisticated computer algorithms that can let pet owners know almost instantly whether their missing Fido or Fluffy is at the organization’s shelter or in its network of foster homes.”

From the Guardian: “That Spiked magazine’s US funding arm received $300,000 from the Charles Koch Foundation suggests a hidden agenda.”