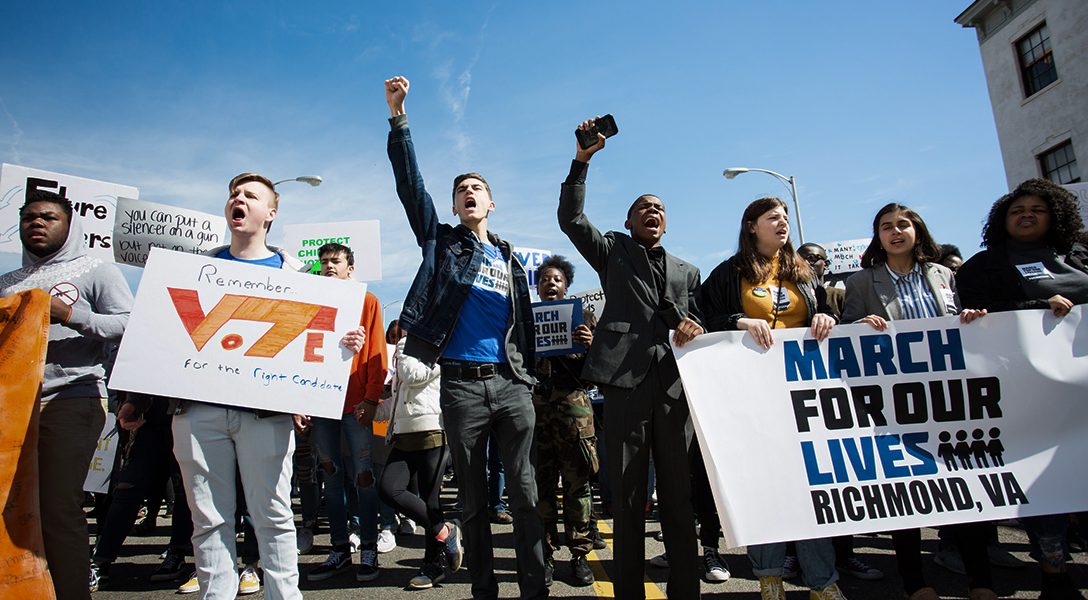 Young Voters: March For Our Lives and HeadCount are holding a national day of action today to “fight gun violence by registering thousands of high school students to vote.” Individuals from over 1,050 schools have signed up to organize events. Photo credit: VCU CNS / Flickr (CC BY-NC 2.0)
Editors' Picks

The authors write, “ICE has asked for permission to begin routinely destroying 11 kinds of records, including those related to sexual assaults, solitary confinement, and even deaths of people in its custody. Other records subject to destruction include alternatives to detention programs, regular detention monitoring reports, logs about the people detained in ICE facilities, and communications from the public reporting detention abuses.”

The author writes, “For the first time in history, a Latin American country will be part of the North Atlantic Treaty Organization.”

The 9.9 Percent Is the New American Aristocracy (Jimmy)

The author writes, “Its members used to be called aristocrats. Now we’re the 9.9 percent. The main difference is that we have figured out how to use the pretense of being part of the middle as one of our strategies for remaining on top.”

The author writes, “Republican aides in Congress who were instrumental in writing the sweeping tax law last year are hitting the exits to take jobs in the lobbying industry. At least a half dozen high-profile GOP staffers have departed or are departing Capitol Hill, swapping jobs in the legislative branch for plum postings at firms like Akin Gump and Squire Patton Boggs.”