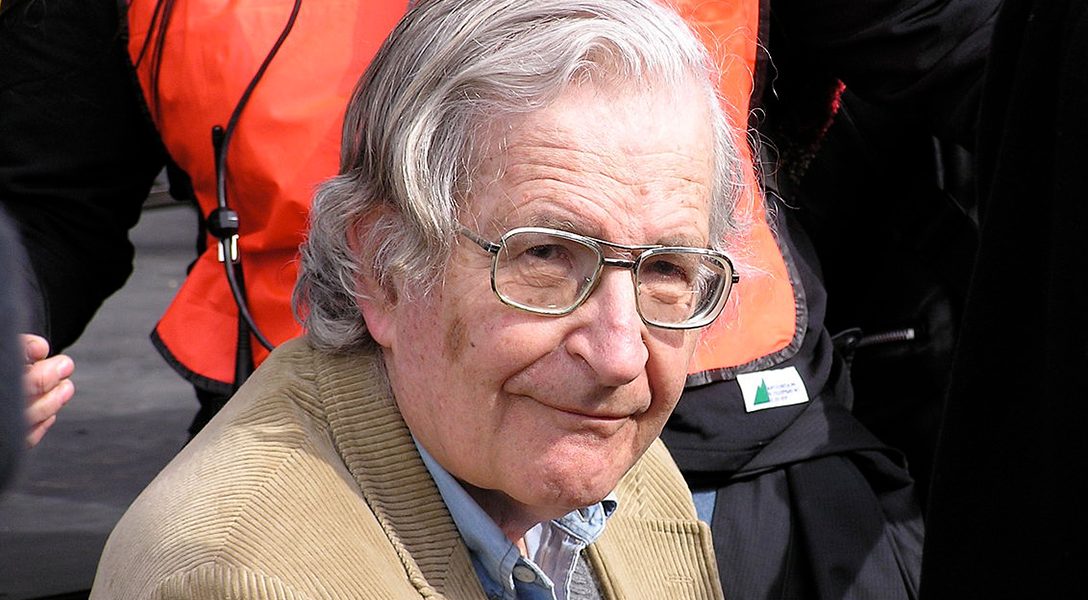 In a recent interview with Democracy Now, Noam Chomsky had the following to say on the US pulling out of the INF nuclear weapons treaty: “You look over the history of the nuclear age, and it is practically miraculous that we've survived this far. … Miracles like that can't go on forever, and enhancing the threat is just beyond insanity.” Photo credit: Duncan Rawlinson / Wikimedia (CC BY 2.0)
Editors' Picks

A March to Disaster: Noam Chomsky Condemns Trump for Pulling Out of Landmark Nuclear Arms Treaty

The author writes, “Washington state Rep. Matt Shea acknowledged he had distributed a four-page manifesto titled ‘Biblical Basis for War,’ which describes the Christian god as a ‘warrior,’ details the composition and strategies of a ‘Holy Army’ and condemns abortion and same-sex marriage. He’s shown responding to criticism over the document in a Facebook Live video on Wednesday, Oct. 24, 2018.”

The author writes, “US Sen. Ron Wyden of Oregon has a new idea to make sure companies protect users’ personal information: Threaten prison for executives who mishandle that data. Wyden said Thursday that his Consumer Data Protection Act is a ‘sweeping’ bill to give consumers more control over their data, force companies to be transparent about how they use people’s data and impose steep fines and even prison on executives who violate the rules.”

The author writes, “The Trump administration on Friday announced it is reimposing all US sanctions on Iran that had been lifted under the 2015 nuclear deal. The sanctions will take effect Monday and cover Iran’s shipping, financial and energy sectors. It’s the second batch of penalties that the administration has reimposed since President Donald Trump withdrew from the landmark deal in May.”

The author writes, “President Donald Trump said Saudi Arabia has misused US-supplied weapons in its bombing campaign in Yemen and that his administration is carefully examining the conflict. … His administration, Trump said, is studying the war ‘very, very carefully.’ But he didn’t elaborate, and he declined to say whether he’s reconsidering US arm sales to the Saudis or active support of its Yemen campaign. The US continues to provide intelligence and aerial refueling for the Saudi attacks.”

The author writes, “A temporary hotel worker at San Francisco’s Marriott Marquis said she was fired after speaking to the Chronicle about her claim of unpaid wages.”