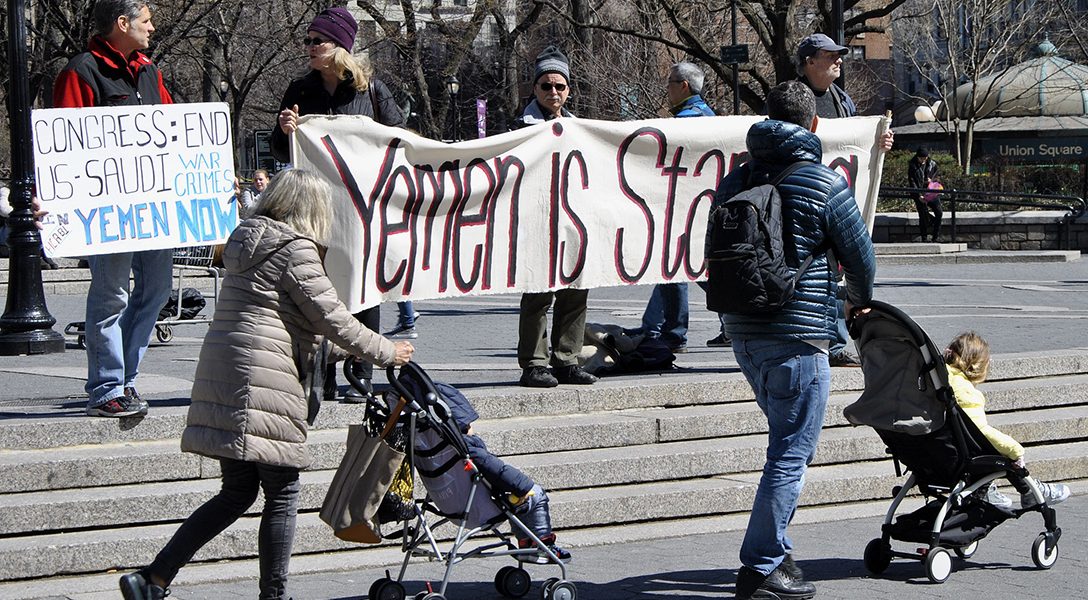 The author writes, “Save the Children says that an estimated 85,000 children under the age of 5 may have died from extreme hunger or disease since the war in Yemen escalated more than three years ago.” Photo credit: Felton Davis / Flickr (CC BY 2.0)
Editors' Picks

85,000 Children Under 5 May Have Died of Starvation in Yemen War

From the New Republic: “A new book examines the lives of expats in Ecuador and their struggle to stay in the middle class.”

The president writes, “America First! The world is a very dangerous place! … King Salman and Crown Prince Mohammad bin Salman vigorously deny any knowledge of the planning or execution of the murder of Mr. Khashoggi. Our intelligence agencies continue to assess all information, but it could very well be that the Crown Prince had knowledge of this tragic event – maybe he did and maybe he didn’t!”

The author writes, “I say this despite my personal disgust for Assange, whom I view as a narcissistic egomaniac with an apparent personal grudge against the intelligence apparatuses of the Western democracies. Under certain circumstances, I would shed no tears in watching Assange spend the rest of his days in prison. I am not, however, willing to see that personal dream brought to fruition at the expense of other freedoms. The First Amendment and its protections of a free press are more important than punishing Assange.”

The author writes, “An openly gay former councilman in a small Southeast Texas town is suing after he was defeated in a recall election, an effort that surfaced when nude photos of him were anonymously sent to city hall.”

From the Intercept, “They turn away … because the carnage challenges their strongly held self-perception that their country is a force for good in the world.”