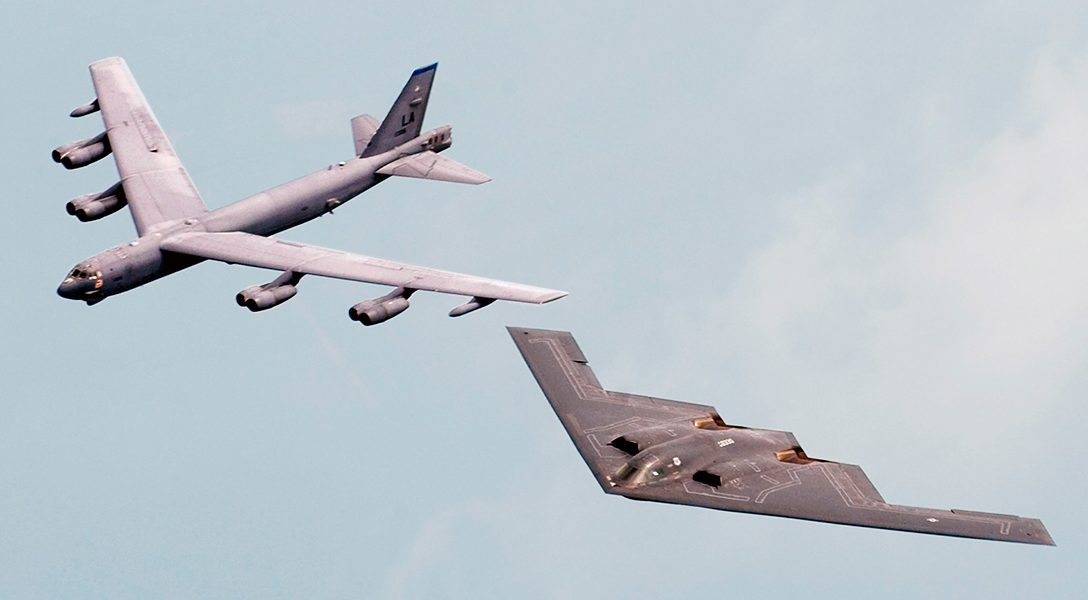 Duck and Cover: Responding to the "reality of the global situation," the US Air Force is preparing to put nuclear-armed bombers back on 24-hour ready alert. This alert status has not been used since the end of the Cold War. About this photo: B-52 Stratofortress (top) and B-2 Spirit. Photo credit: US Air Force
Editors' Picks

The author writes, “George W. Bush left office as one of the most reviled presidents in modern history — even by many Republicans’ estimation — but he’s found a path to rehabilitation: reminding everyone how much worse Donald Trump is.”

Iran’s Revolutionary Guards Are Told to Get in Line (Dan)

Iran’s president Hassan Rouhani has taken the bold step to criticize his government’s highly-influential Revolutionary Guards. These hardliners have imprisoned many on “morality charges” and attempted to keep Iran away from Western influence. It shows that even the leadership has had enough of strong-arm tactics.

What the CIA is Likely Protecting in JFK Files (Reader Steve)

Don’t expect a signed confession or any more information on who killed Kennedy. The CIA is lobbying against the records release mainly because there is a lot of embarrassing information about their connections and tactics.

Germany’s right-wing party ‘Alternative for Deutschland’ didn’t sweep the election, but they gained a foothold in German parliament. And they are already causing headaches for the ruling establishment.