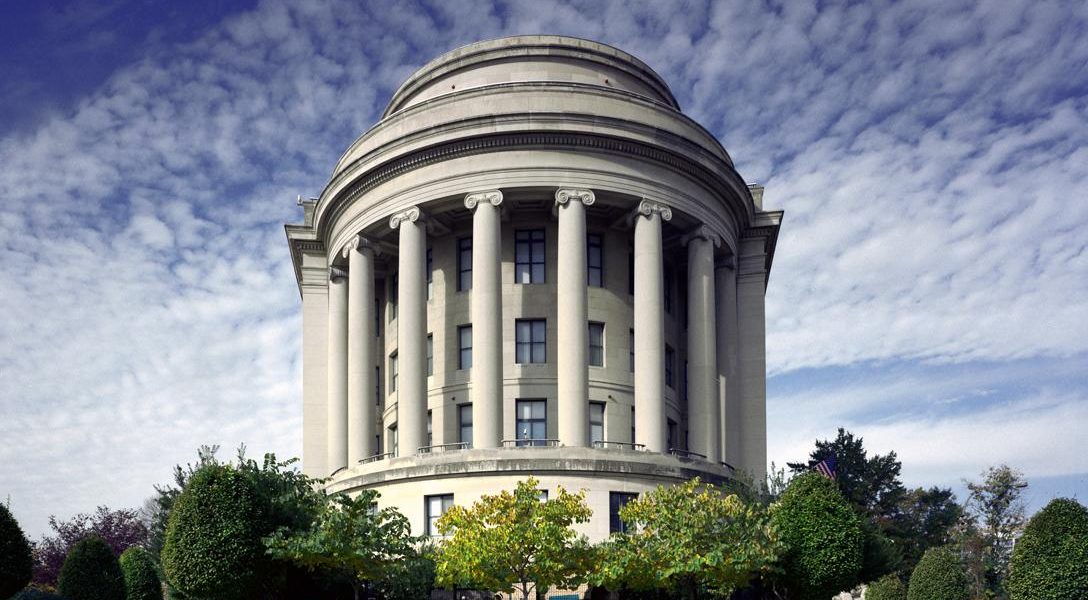 PrivacyCon is an event being held by the Federal Trade Commission today to answer the question: "how can the FTC better protect consumers and promote innovation as personalization, connected cars, health and fitness devices, and other technologies emerge?"  Is this another example of the government bringing industry actors inside the tent of the security state? About this photo: The Federal Trade Commission Building, originally known as the Apex Building, located at 600 Pennsylvania Avenue, NW in the Federal Triangle area of Washington, D.C.  Photo Credit: Carol M. Highsmith / Wikimedia
Editors' Picks

In this relentlessly effective critique, David Brooks shows how Cruz’s negativity and
cruelty do not jibe with the stated values of his evangelical base.

Trump, who calls Climate Change “bullshit,” hasn’t complied with UK carbon rules. It will be an “interesting presidency,” that’s for sure.

As per the usual from the Clinton camp, her statements on Sanders’ single-payer plan were a blend of truth and “wildly misleading implications.”

The President’s “apocalyptic message” was the “part of the speech he most wanted to give,” according to one insider.

Sanders Now in the Lead — and Why (Russ)

Lively TV guy Cenk Uygur on the particulars in this video.