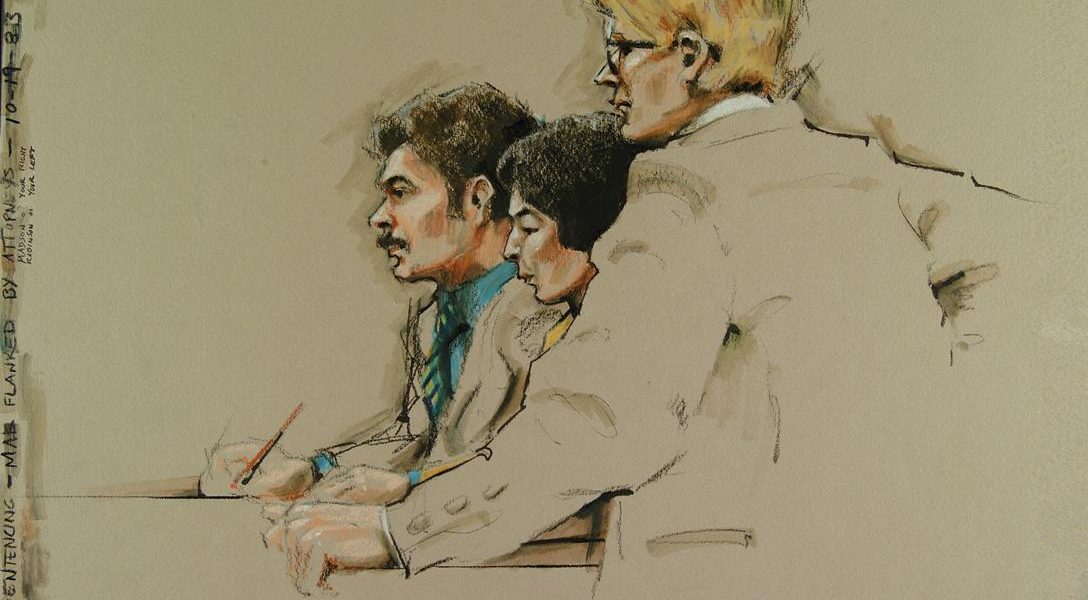 The United States Sentencing Commission is scheduled to hold a public meeting today at 1:00 p.m. EST. The agenda for the meeting includes a possible vote on a proposed Crime of Violence Amendment and a possible vote to publish proposed Guideline Amendments and issues for comment. The amendments involve possible changes to the definitions of murder, voluntary manslaughter, kidnapping, aggravated assault, a forcible sex offense, robbery, burglary of a dwelling, arson and extortion. Previous changes to the Sentencing Guidelines led to the release of thousands of inmates from federal prisons in 2015. The meeting will be streamed live. About this photo: Accused flanked by attorneys at sentencing.  Photo credit: Butch Krieger / Wikimedia (CC BY-SA 3.0)
Editors' Picks

DEA Pays Amtrak Employee $850,000 for Information That Should Have Been Free (Klaus)

The Drug Enforcement Administration paid an Amtrak employee an average of $40,000 over two decades for information that the Amtrak Police Department should have provided to DEA for free.

Qaddafi Warned Blair of Islamist Attacks If He Fell (Russ)

In desperate secret calls to the British PM, the late Libyan leader warned that his demise would unleash extremism that would reach European shores.

How Would US Media Cover Oregon Siege If It Happened Elsewhere? (Gerry)

Since 1980, 95 percent of all suicide attacks have been in response to a military intervention. “ISIS emerged from the insurgency against the US occupation of Iraq just as the Al Qaeda network traces its origins to the Afghan resistance to the Soviet occupation in the 1980s.”

The fascinating story of the lawyer who took on DuPont and exposed decades of wrongdoing. It’s a long read but worth it.

How will it affect people who are simply rallying against the US government online?

Advice to Sanders on How to Break Bigger (Russ)

This activist commends Bernie Sanders for performing capably, but urges him to get out of his comfort zone and deliver programs and zingers that will appeal to a wider base