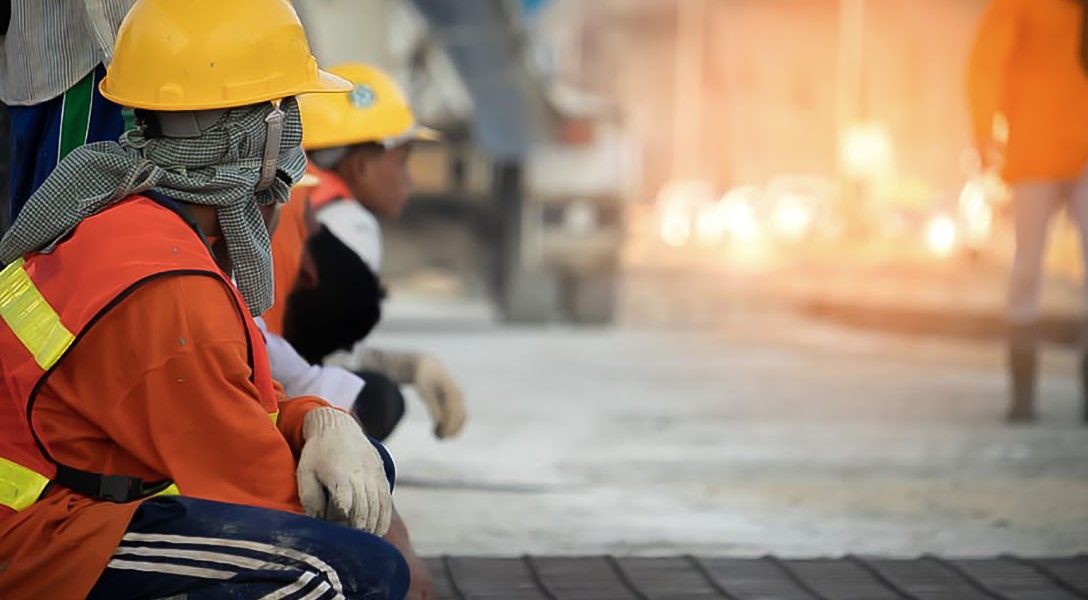 AB5 is intended to crack down on businesses that unlawfully classify their workers as independent contractors. Photo credit: pxfuel (CC0)
Labor Rights & Liberties

Times are good for Garrett Camp. Even though Uber, the company he co-founded, has yet to turn a profit, he bought a Beverly Hills mansion for over $70 million last July, beating the previous home sales record in Los Angeles’s wealthiest neighborhood.

For thousands of Uber drivers, however, things are not going so well. One of the main reasons is that most of them are classified as “independent contractors.” That means they do not enjoy the same legal protections as full-time employees. They are also paid less and receive few or no benefits. The same applies to Lyft, Doordash, and others in the so-called gig economy.

In May 2019, thousands of Uber drivers went on strike after the company slashed their pay- per-mile rate by 25 percent in Los Angeles and Orange counties. Recent studies have shown that Uber drivers are making substantially less than the average private sector workers. A new, in-depth study found that Doordash drivers made an average wage of $1.45 an hour, after expenses.

And the problem of employers deliberately misclassifying workers as independent contractors, in order to lower costs for themselves, does not appear to be getting any better. Numerous state audits have found more and more employers forcing workers off the books.

However, when one state took bold and decisive action, its new policy had some unintended consequences.

California Steps Into the Breach

Proponents claim that the measure is necessary to stop unscrupulous businesses from taking advantage of low-income workers and denying them basic protections and benefits.

However, the law, like similar bills being considered across the country, has prompted opposition from critics — and not just from the executives of companies that profit from reclassifying employees as independent contractors. Specifically, opponents of AB5 say that, while well-intentioned, the measure has unintended consequences for many creative freelancers, such as writers, musicians, and other artists.

Karen Anderson, a freelance writer and activist opposed to the measure, likened the law to “firing a cannon to eliminate cockroaches,” adding that it is “already causing massive collateral damage.”

The law did not come out of the blue. It was a result of years of legal and regulatory rulings.

In 2004, Dynamex, a nationwide pickup and delivery service, decided to reclassify its California drivers from full-time employees to independent contractors. A class action suit was filed against the company by some of its drivers.

They claimed this reclassification was done by the company to deny them the basic protections that regular employees enjoy under California law. The case went all the way to the California Supreme Court, which ruled unanimously in favor of the drivers.

Organized labor had been listening to complaints from workers with Uber, Lyft, and other companies. While many of these workers may have initially been paid a decent wage, that changed.

“They’ve seen their wages cut for no reason at all. They are kicked off their app for no reason at all,” Steve Smith, communications director at the California Labor Federation, told WhoWhatWhy. “There is no one they can go to when they are injured or laid off. There is just no recourse whatsoever or justice whatsoever,”

Warren noted that by making full-time status the default under state law, millions of workers will automatically be protected. California estimated it has lost $7 billion a year in payroll taxes due to job misclassification. Increased revenues are another benefit AB5 supporters cite.

The new protections and coverage some California gig workers will enjoy include:

And while things will not change overnight, Smith said, in a year’s time the law’s impact will be felt. He believes that when the law takes effect, the number of workers filing 1099 tax forms will fall while those filing W-2 forms will rise. On December 17 — barely three months after AB5 was signed into law — the Pacific Legal Foundation, a conservative, nonprofit law firm, filed a lawsuit against it on behalf of California freelance journalists and sought to exempt them from the law.

“We are small businesses, pay our own taxes, buy our own equipment. We don’t exploit anybody and are not exploited. We should not be covered,” Randy Dotinga, former president of the Society of Journalists and Authors and an organizer of the lawsuit, told WhoWhatWhy.

Of particular concern to these freelancers is the section of AB5 that limits them to no more than 35 submissions per year per client before they would be considered employees.

The media company SB Nation, owned by Vox media, recently announced that it will end its collaboration with more than 200 California freelancers. The firm switched to using a much smaller number of employees.

Freelancers cite this as proof that their fears about the impact of AB5 are well founded. Dotinga claims that many California freelance journalists, particularly those working in digital media, exceed the 35-submission per client cap in just a few weeks.

He maintained that AB5 was failing to produce more staff jobs for freelancers. “All it is doing is robbing us of work,” Dotinga said.

Freelance journalists are not the only ones complaining about AB5.

Most California musicians work as independent contractors. Under the law, many of these gig workers would have to be hired as regular employees. Critics contend this would create a financial, legal, and administrative mess.

Dotinga also stated that small theaters have shut down production because of AB5. He maintains they couldn’t afford to put people on staff and had to cancel production.

Others dispute this point.

Smith said that there is nothing in AB5 that limited the flexibility of employers using part-time workers the same way they use independent contractors. The only difference would be that the employer would have to chip in for some of those protections mandated under state law.

While conceding that tweaks in the law may have to be made, advocates cite its benefits.

“We have an opportunity to address these [concerns] through legislation where the court decision was just a blunt object. It did not allow for any nuance or flexibility where the legislation does,” Smith said.

As of this writing, the law’s author, California Assemblywoman Lorena Gonzalez (D), was considering modifications to AB5 in the upcoming legislative session.

One of the major arguments in the lawsuit against AB5 is that it is unconstitutional because it sets different rules for different speech, in direct violation of the First and Fourteenth Amendments.

Dotinga stated that the law allows newspaper staffers unlimited work, while limiting freelance journalists to no more than 35 submissions per client per year. He also claimed that while AB5 allows unlimited marketing, it effectively bans freelance videography.

“The law sets different rules for different speech. And that is not constitutional,” Dotinga said. “The government should not be in the business of deciding what someone can write and what they can photograph.”

Others question this logic.

“Laws draw lines, including ones that seem arbitrary. Why is the speed limit 25 in a school zone rather than 26 or 20?” Catherine Fisk, law professor at Berkeley Law, told WhoWhatWhy.

Fisk cited other examples where the law drew seemingly arbitrary lines, including:

Fisk’s main problem with the freelancers’ assertion is that, if courts were to rule statutes unconstitutional because they draw lines, then few statutes would pass constitutional muster.

Supporters of laws banning job misclassification feel they have the momentum.

In 2020, New York, Illinois, Wisconsin, Washington state, and Oregon are considering misclassification legislation, as is the US House of Representatives. Rep. Bobby Scott (D-VA) introduced legislation whose language mirrors the “ABC” test in AB5 in determining independent contractor status.

But there are some signs that the backlash from affected entrepreneurs and small businesses is taking its toll.

The heavily Democratic New Jersey Legislature, after grassroots pressure, shied away from holding hearings on misclassification legislation. And freelancers in the other states considering similar bills are also mobilizing.

Temp Work: The Waste Product of the Service Economy?

Do You Have Today Off? Here’s Who You Can Thank

Dotinga observed that many California “creatives” who strongly identified as progressives or left of center were now considering not voting for labor-backed Democratic candidates in 2020.

Meanwhile, a recent news story is a reminder on why AB5 passed in the first place. Uber sent an email to its drivers laying out a policy granting them more control of passenger fares.

The future of the job misclassification movement could hinge on how well lawmakers can draft legislation that protects exploited workers without harming the livelihoods of genuinely independent contractors.

Workers across the country will be watching to see how well the legislators thread that needle.