A Huge Pay Gap Between CEO and Janitor? There’s a Tax for That

For billionaires and some of America’s most highly paid corporate executives, the pandemic has been a windfall. Over a roughly seven-month period starting in mid-March of 2020, America’s 614 billionaires — including Jeff Bezos, Elon Musk, and other wealthy CEOs — grew their net worth by a collective $931 billion.

The number is so large that it can only be understood in absurdities such as the fact that the top 10 billionaires have the money to pay for COVID-19 vaccinations for every person on the planet.

For ordinary Americans, there hasn’t been a windfall. Recent studies show the decadeslong trend of flat wages continues unabated. The growing pay gap between corporate CEOs and their rank-and-file employees has been seen as evidence of growing inequality. Recent studies have shown that gap dramatically increasing.

While the drive to raise the minimum wage to $15 an hour has been one response to income inequality, it is not the only game in town.

Last November, San Francisco voters passed by an almost 2-1 margin Proposition L, known popularly as the “Overpaid Executive Tax.” Under this new law, any company that has an executive that makes more than 100 times the pay rate of its “typical local worker” will be charged 0.1 percent on its annual business taxes; top earners making more than 200 times their typical local worker would pay a surcharge of 0.2 percent. This formula increases the surcharge by 0.1 percent per factor of 100, topping out at 0.6 percent for companies where top executives make more than 600 times the pay of their rank and file.

“Companies have a choice. They can either narrow their pay gaps to avoid the taxes or they can dig in their heels and keep having very large gaps between CEO and worker pay,” said Sarah Anderson, project director of the Global Economy Project at the Institute of Policy Studies, a left-leaning think tank. “That will mean they owe more revenue which the government can use to invest in urgent social needs.”

Bay Area companies have some of the widest pay gaps. A few:

Anderson cited the success of California’s excise tax on cigarettes in reducing smoking rates and health care costs as a model for this pay-gap law. But San Francisco was not the first West Coast city to adopt this type of measure. 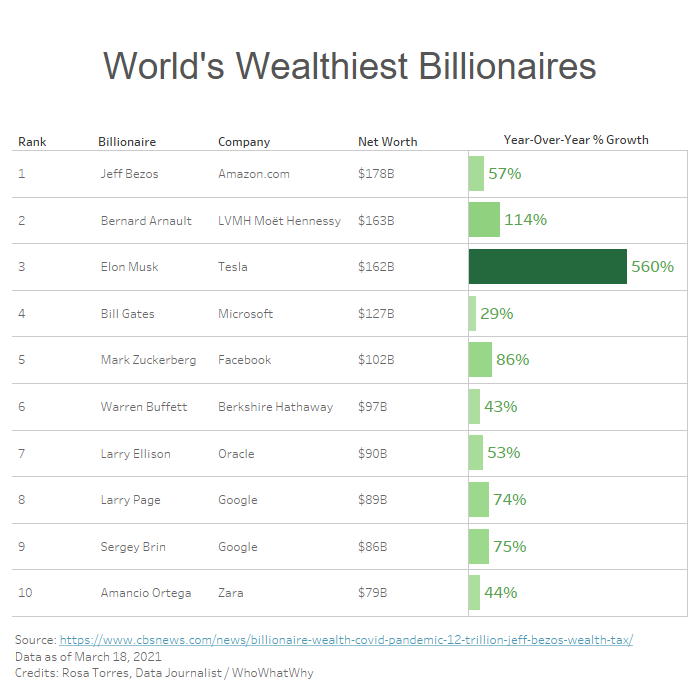 Is It Just Virtue Signaling?

Like most major policy reforms, the pay-gap tax is not lacking in critics. The Libertarian Party of San Francisco came out against Proposition L, claiming it is ineffective.

“It doesn’t necessarily actually have that great an impact but sort of makes it look like [elected officials] are doing something. It is what they call virtue signaling,” said San Francisco Libertarian Party spokesperson Starchild (born Chris Fox).

While conceding that income inequality is a problem, he felt that more intrusive government regulations would only make inequality worse, arguing that government tends to favor big business and makes life more difficult for ordinary stockholders.

Other, more traditionally conservative critics are even more harsh. Pro-business political groups like the Chamber of Commerce and the San Francisco Taxpayers Association blame California’s high taxes and excess regulations, and not economic inequality, for the state’s sputtering economy. Because the labor force in the San Francisco metro area declined by 4.5 percent between February and August of 2020, and San Francisco reported only 800 news jobs created in September, critics say now is the worst time for new regulations.

Richie Greenberg thinks it is not strange that there would be wage gaps between top corporate executives and their rank-and-file employees, given their vastly different responsibilities.

“It is bizarre to think that they should be close,” said Greenberg, a business adviser and political advocate who was the official spokesperson of the “No on L” campaign.

His argument is that you can’t compare a shoe salesperson interfacing with the public to a CEO managing global operations involving billions of dollars. Besides, he said, the proposition has a massive loophole: Companies could get around the tax by replacing low-paid employees on the payroll with low-paid employees working for private contractors.

He also predicted the expected revenue generated by the tax would be offset by the tax revenue lost by companies leaving, pointing to an analysis by the Controller’s Office for the City and County of San Francisco.

“They [Portland pay-equality advocates] had a certain amount they wanted to raise for a homeless program. They designed the tax in a very modest way to raise that amount of money. … For the people who were the main backers of it, it has worked out exactly as they expected,” said Anderson.

Anderson also countered claims that companies would simply outsource low-wage employees to beat the tax, saying that most big companies have maxed out on outsourcing and subcontracting. She also challenged skeptics to name a company that left Portland due to the 2016 surtax.

The San Francisco Libertarian Party’s Starchild concedes that, though the pay-gap tax by itself may not be a decisive factor in forcing companies out of California, it will have an impact, nonetheless.

“It’s not any one of these government things that comes along in and of itself that is usually going to have such a monumental negative impact. More of a cumulative total,” said Starchild. Greenberg concurred, noting that Proposition L was just one of a string of 2020 city ballot initiatives raising taxes.

But not all capitalists were against Proposition L. Dan Price, CEO of Gravity Payments, is famous for dropping his salary from $1.1 million a year to $70,000, and establishing $70,000 as the minimum wage for his 120 employees. He had a suggestion for San Francisco firms after the proposition passed.

“One easy trick to bypass the tax and grow revenue; pay your employees more. Our highest paid exec. makes 3x our median worker. After we raised our minimum wage, revenue tripled,” tweeted Price. 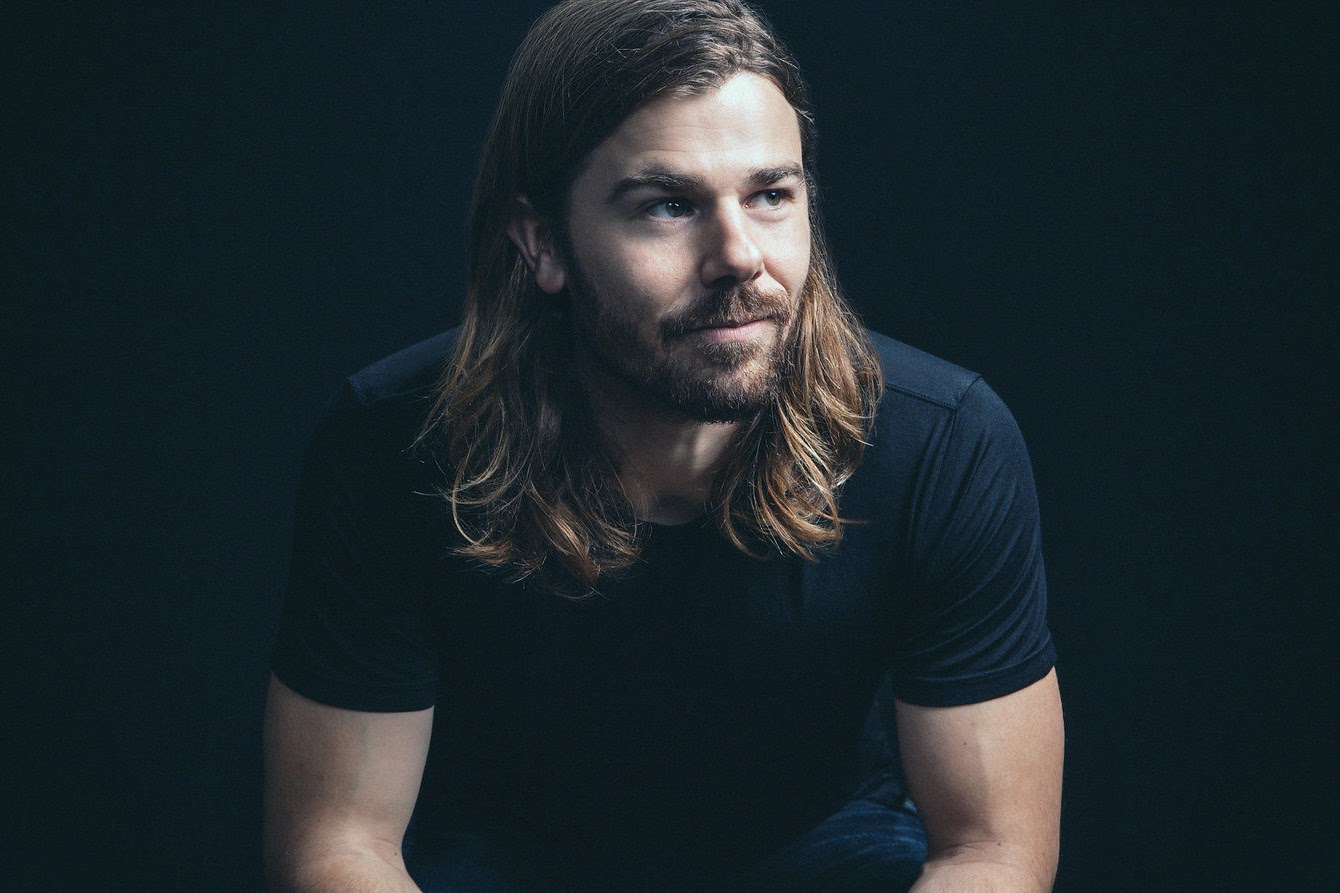 The Next Big Thing?

Other states have proposed bills granting preferential treatment to companies bidding on state contracts that have pay disparities of less than 25-to-1 between their CEO and median worker, or, alternately, banning state subsidies and grants for companies with more than a 100-to-1 pay disparity.

There has been similar legislation introduced at the federal level, as well as a proposal to prohibit stock buybacks for companies with pay disparities of more than 150-to-1.

Like the $15 minimum wage, a pay-gap tax is gathering momentum. Whether it will begin to address income inequality is an outstanding question. So too is whether affected companies will find workarounds or simply relocate. San Francisco and Portland have once again set a progressive precedent; what remains to be seen is whether it will become popular in other parts of the country.