Willa Bickham and Brendan Walsh at their Catholic Worker House of Hospitality (which is also their home) in West Baltimore. They have been married 54 years. Photo credit: Jennifer Bishop
Culture

“Love in action is a harsh and dreadful thing compared with love in dreams.”

Willa Bickham’s first husband was Jesus of Nazareth. She had just turned 20, having entered a Roman Catholic convent near her suburban Chicago home five years earlier. It was the pre-Beatles 1960s, and she wore her cousin’s wedding dress in a ceremony (all but vanished today) where novitiates become “brides of Christ” upon taking their final vows.

Two years later, disturbed by racism she found embedded in the church while doing missionary work in Mississippi, she was gone. “I was interacting with Black people in town, and the pastor was not happy with me,” she said.

This is a Valentine’s Day love story of two Catholic Workers married in heart, body, and soul for 54 years. Together, while resisting the maw of capitalism and an ever-militarized planet, they have devoted their lives to acts of mercy: feeding the hungry, sheltering the homeless, clothing the naked, visiting the sick and imprisoned, and burying the dead. 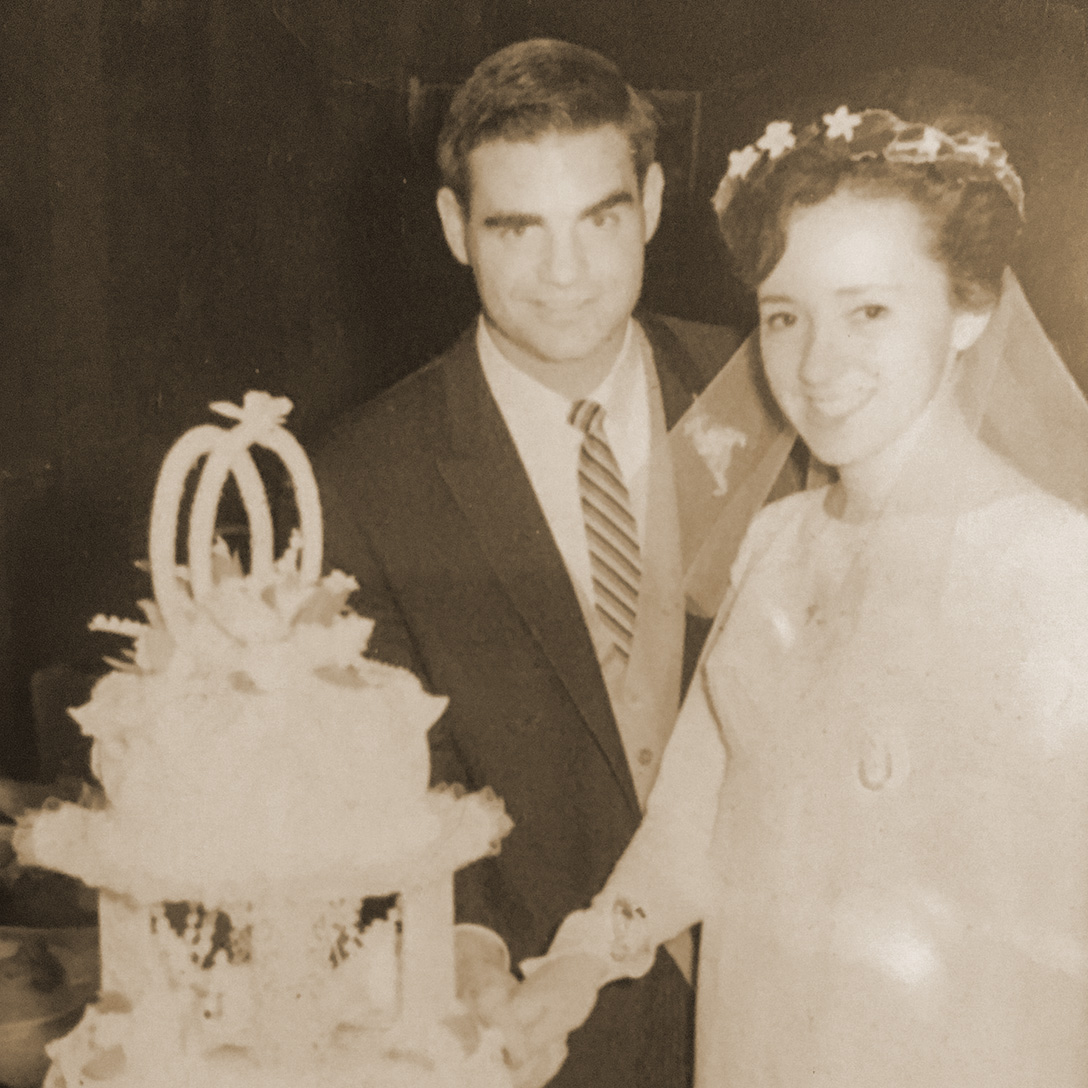 Of those dictates, sharing food has been the couple’s main purpose. In keeping with the philosophy of Catholic Worker founders Dorothy Day and Peter Maurin that hospitality is a crucial part of a meal, anyone in need who came knocking was invited to break bread at their table.

Since 1968, when they first began providing meals at their Viva House, Baltimore Catholic Worker in West Baltimore (where they live upstairs), Bickham and Walsh have served more than a million people. That was their estimate in 2004, when they stopped counting. They’ve had to change some of their methods during the pandemic, but their ministry still continues.

Of what Bickham was looking for after leaving the convent, she said, “I wanted to work with the poor, meet boys, have a family, and live in community.”

Smiling next to her in the large row house at 26 South Mount Street — not far from the spot where the Baltimore & Ohio Railroad (B&O) was launched in 1830 — sat Walsh, for he is the boy that she chose.

On day three of the fast, he said, they allowed themselves a cup of tea or coffee. While sipping his drink, something snapped in Walsh. He threw it away, announced he was “getting the [expletive] out of here,” and never looked back.

They will both be 80 this year, far down the road from the days when each, independent of one another, arrived in Baltimore to be with like-minded Catholics who worshiped at the historically Black parish of St. Peter Claver. They were usually the only white people at Sunday Mass, stealing glances at one another from separate pews.

Walsh had studied theology at Le Moyne College in DeWitt, NY, with the Jesuit priest and antiwar activist Daniel Berrigan, who died in 2016. Nearing ordination, Walsh became disgusted when he realized (among other distasteful things) that, for more than a year, he’d been drilled in the strict keeping of parish marriage records while “we only spent a week on ‘Thou shalt not kill or steal.’”

During Lent in 1967, Walsh and other seminarians organized a week-long fast to protest the war in Vietnam. On day three of the fast, he said, they allowed themselves a cup of tea or coffee. While sipping his drink, something snapped in Walsh. He threw it away, announced he was “getting the [expletive] out of here,” and never looked back.

By the end of the year, he was living in Baltimore, part of the movement surrounding The Catonsville Nine, a group of Catholics led by the Berrigan brothers, Philip and Daniel. In May of ’68, the “nine” stole 378 draft records in suburban Baltimore, burning them in the parking lot of the Selective Service office before reciting the Lord’s Prayer.

Walsh’s parents were so upset that he’d left religious life (though in the most profound ways, he and Bickham never did) that they did not attend his wedding to Willa.

“The institutional Church doesn’t mean much to us at this point in our lives,” said Bickham. 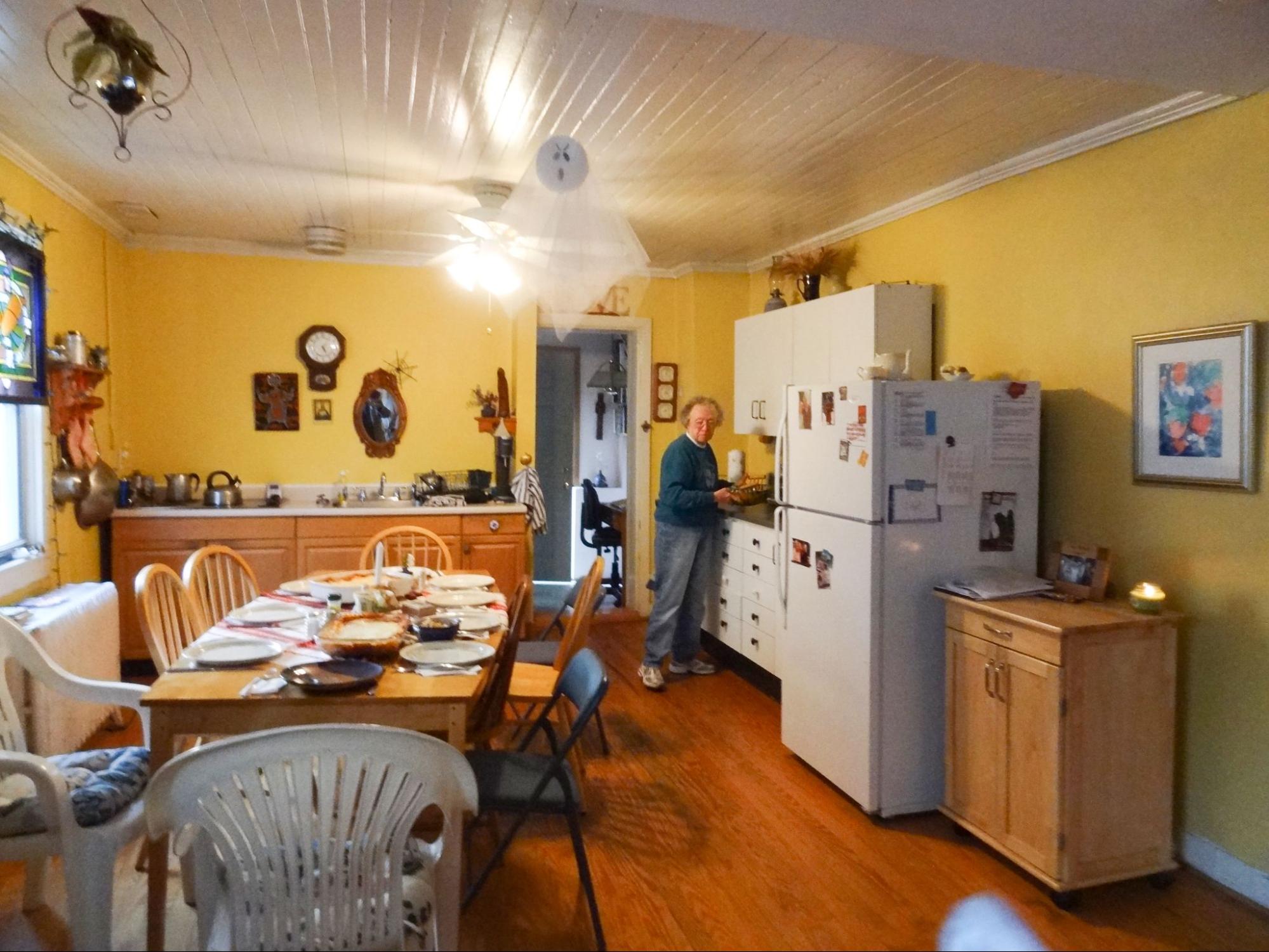 Both Bickham and Walsh — their mature consciences forged during the Civil Rights and anti-Vietnam War movements — credit the example of their parents’ marriages as models for the tricky business of til-death-do-us-part.

Asked to answer the question “What is love?,” Walsh recounted an indelible memory from his Bronx childhood, one he didn’t fully understand until years later.

“My father lost his job as a liquor salesman and didn’t tell anybody,” said Walsh. “He was out of work for maybe a year, getting dressed in the morning and going out to look for a job. It was never discussed but somehow my mother knew. One day, she said she was going back to nursing.”

In 2017, Bickham (an artist and retired nurse) and Walsh (who holds an English degree) published The Long Loneliness In Baltimore: Stories Along the Way. Catholic Worker archives, including more than a half-century of newsletters from Viva House, are kept at Marquette University in Milwaukee.

And, if you happen to find yourself in Baltimore, Viva House serves lunch every Wednesday from 12:30 to 2 p.m.

Rafael Alvarez, a former staff writer for the HBO drama The Wire, is making a documentary film about the rosary. He can be reached via orlo.leini@gmail.com