Britain has plunged into the kind of crisis the country hasn’t seen since the 1970s. Photo credit: Loz Pycock / Flickr (CC BY-SA 2.0)
Culture

Ten years ago the United Kingdom hosted the Olympic games in London. There was a general pride in this endeavor, though its planning had led to some ridiculous decisions, such as closing off various red-painted lanes on motorways, including the M4 connecting the city with Heathrow airport, for weeks preceding the games (before even the first athletes had arrived). This lent a slight Kafkaesque tinge to the venture. A hilariously dry mockumentary called Twenty Twelve, starring Hugh Bonneville of Downton Abbey, satirized this planning in real time. The BBC series depicted the fictional Olympic Deliverance Commission (ODC) as they fought all sorts of (often self-inflicted) battles in their efforts to produce a seamless event.

Winning the right to host the Olympics is often a Pyrrhic victory, as its costs usually far outweigh its economic benefits, and it can inconvenience and sometimes displace host citizens to an annoying degree. But the London Olympics — from its bonkers opening ceremony, with the queen appearing to jump out of a helicopter, followed by actors dressed as nurses and patients dancing on beds to celebrate the National Health Service (NHS), to its successful completion (with Team GB coming an astonishing third in the medal table rankings) — was considered a huge success. The city had poured millions into improving local rail services and developing the underutilized East End with new housing and stadiums.

That year also marked the queen’s Diamond Jubilee, with a huge flotilla featuring over a thousand ships sailing down the Thames in the pouring rain (I remember — I was there). The next day, in better weather, a concert in front of Buckingham Palace included performances by Paul McCartney, Elton John, and Tom Jones. Gary Barlow and Andrew Lloyd Webber wrote a special song.

I recall these events because from 10 years on, 2012 looks like a kind of apotheosis in Britain, though of course we didn’t realize it at the time. Two years into a new Conservative government (after 13 years of Labour rule), things hadn’t changed or degenerated enough yet for anyone to be too alarmed, and the mood of the country was upbeat. Prime Minister David Cameron hadn’t announced the Brexit referendum (he’d do so the following year), and climate change hadn’t yet produced the scorching summers and devastating floods that would soon become commonplace. Boris Johnson was the hapless, bumbling mayor of London, always good for a chuckle, and it was generally thought an appropriate, largely ceremonial position for him, away from the major levers of power. The idea of his being prime minister was laughable.

A decade later, Britain has plunged into the kind of crisis the country hasn’t seen since the 1970s or perhaps even the Second World War. Inflation has reached 10 percent. Heating bills have become so high that millions might plummet into what is being called “fuel poverty.” COVID-19 was so mismanaged by the Johnson government that the death rate was amongst the highest in Europe, and the NHS is, to use the popular parlance, “on its knees,” with wait times for some emergency services approaching 24 hours. 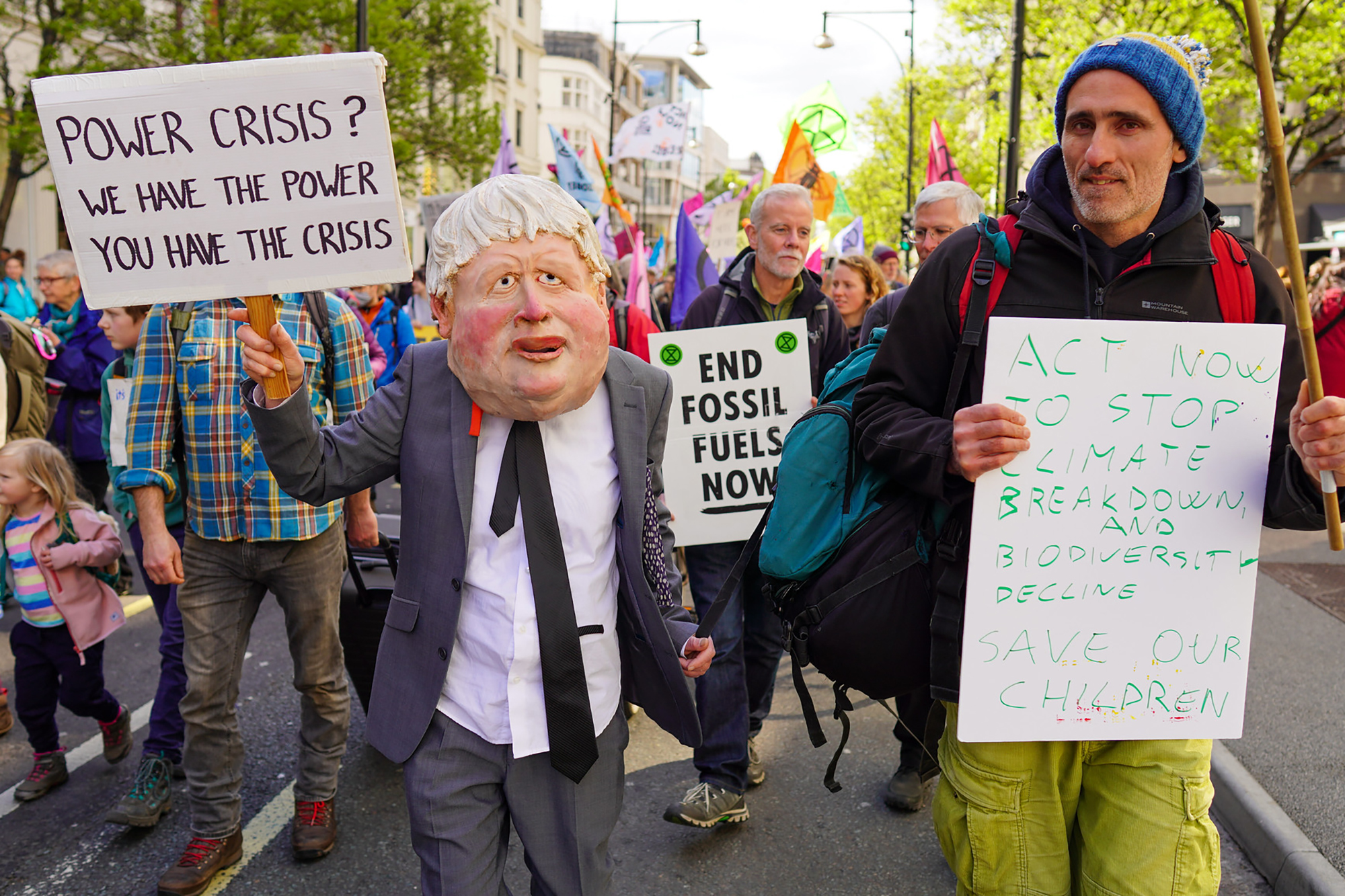 Liz Truss, the new prime minister, is a right-wing ideologue, who was selected by 81,000 extremely conservative members of the Conservative party.

And to top it all off, the queen died. I’ve never experienced the nation so worried and rudderless.

But I’d say a lot of the blame has to be laid at the feet of the Tories for lurching from crisis to crisis and seeming to govern on the basis of settling intra-party squabbles. The whole Brexit project was a means for then-PM Cameron to quiet the eurosceptic wing of his party. He announced the referendum as a campaign promise, assuming it’d help him get reelected outright (without having to continue the coalition government he was then in with the Liberal Democrats); when the up-or-down vote failed, as expected, he’d have silenced the right wing of his party. Instead it passed, ended his political career, split the country in half, and might yet lead to Scottish independence (they voted to remain in the EU and see their only means to retrieve membership as leaving the United Kingdom).

Violence could return to Northern Ireland, where the Truss government is threatening to break the Brexit trading compromise the previous Tory government negotiated and signed onto. This could unravel the Good Friday agreement, which finally brought peace to the region in 1998, and this in turn is blocking the UK from securing a trade deal with the US, a major selling point of Brexit.

Even the COVID-19 pandemic became politicized (as it did in the US), with a lazy Boris Johnson first neglecting to attend the emergency “Cobra” meetings, and then dithering on when to announce a nationwide lockdown — finally canceling in-person attendance in schools after almost every other Western European country had done so. Key decisions, such as letting the Cheltenham horse races go ahead, proved deadly. The later lies about whether or not parties had been held at 10 Downing Street, contravening their own rules, further eroded faith in the government. When Truss finally replaced Johnson (again, in an intra-party maneuver, without an election), she became the fourth prime minister in six years.

Now Truss wants to lift the cap on bank executive pay and lower tax rates for corporations. It’s the trickle-down theory of economics that was tried in the 1980s (Truss is an acolyte of Margaret Thatcher) and failed — as President Joe Biden recently avowed. Truss has also promised to resume fracking in Britain, paused after it caused a 2.9-magnitude earthquake in Lancashire, and open up new portions of the North Sea for oil exploration. These announcements have alarmed even Johnson, who tried to promote a green agenda. Increased income disparity, a regression in tackling climate change, potential violence in Northern Ireland, a possible breakup of the United Kingdom, a collapsing National Health Service, and a dead queen. Is it any wonder we pine for 2012?

I can’t imagine how a new BBC series could satirize this year without resorting to the most extreme gallows humor. But then, the British have always excelled in self-deprecating comedy, and I look forward to the inevitable result. At the very least it will be a welcome distraction from the misery of the times.