The Man Who Would Not Be King

On New Year’s Day 1892 Prince Albert Victor was the shy, awkward heir presumptive to the English throne, much loved and about to be married. Two weeks later he was dead. There was mourning throughout the land, but decades later he was all but forgotten, except for one thing: people started believing he’d had a secret alter ego — as Jack the Ripper.

Queen Victoria loved funerals. She was obsessed with their planning, their execution, and their wakes. By the 1890s she’d ruled so long she’d outlived much of her generation and enjoyed fixating on the gloom of her bereavement. Ever since her own beloved consort, Prince Albert, had died unexpectedly in 1861 she’d been in mourning, and her court was mired in the “crêpe pall” of her death obsession.

She fetishized her grief, sometimes even inventing anniversary rituals at the tombs of lost loved ones. This alarmed her courtiers, one of whom noted,  “the Queen enjoys them; at any rate they are the only lodestones that draw her within the precincts of a church.”

But in January 1892 there was an impending event so uplifting that even she couldn’t ignore it: her grandson Prince Albert Victor — the oldest son of her successor, the Prince of Wales (and thus second in line to the throne) — was finally getting married.

Prince Eddy, as he was known in the family, was a gangly figure who necessitated uniforms to be customized to camouflage his long neck and arms. His father dismissively called him “Cuffs and Collars” and worried about his future. Almost 28, he was old to be still single, and had displayed an alarming resistance to being educated or indeed to express much of an interest in anything. He was likely what we would term today “learning challenged,” not exactly a deal breaker for a monarch in those days, but unfortunate all the same.

Still, he was destined to become king and emperor; there were no contingency plans for heirs who weren’t up to educational muster. His father, the Prince of Wales, a notorious libertine — his favorite Parisian bordello kept a specially designed chair, accommodating his great girth, to assist in his assignations — had a greater concern: his son’s apparent lack of interest in women. 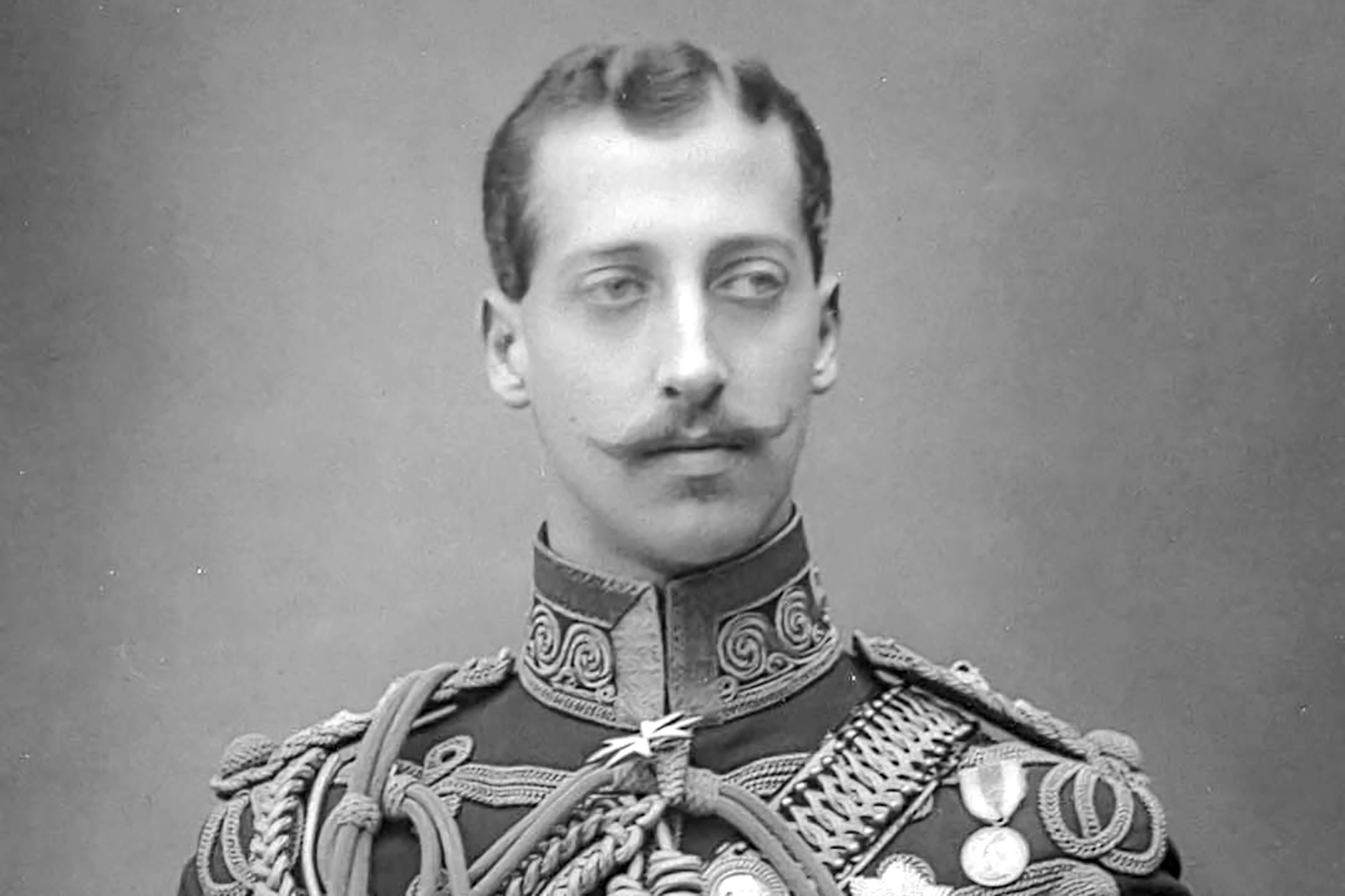 The reason may have been explained when Eddy was privately cited in the notorious “Cleveland Street Scandal,” the raiding of a male brothel in west London.  This police action had ensnared the Prince of Wales’s own equerry, Lord Arthur Somerset, and the baffled Wales had remarked that his friend must have temporarily gone insane. Homosexuality was illegal and considered so shocking that men caught in the act either left the country or were sent to jail, as witnessed in Oscar Wilde’s imprisonment a few years later.

Nothing was ever proved in Prince Eddy’s case, but a wife was needed quickly to right the listing ship that was Prince Albert Victor. The queen was hoping he might marry his cousin, the beautiful Princess Alix of Hesse, but she turned him down in favor of the Grand Duke Nicholas of Russia (as the last czarina she was assassinated with her husband and the rest of their family in 1918).

Unexpectedly, Eddy seemed to fall under the spell of the vivacious Princess Hélène d’Orléans, daughter of the pretender to the French throne who had grown up in exile in England. But more likely Hélène was the ultimate social climber, attracted to the idea of becoming queen of England. In any case, the marriage was out of the question as she was Catholic. Knowing it was a “doomed romance,” Queen Victoria encouraged it anyway, taking perverse pleasure in the idea of a thwarted love affair (she was a romantic sadomasochist at heart).

Eventually a more suitable match was found in Princess Mary of Teck, daughter of a minor German nobleman and an English granddaughter of George III, who was willing to attach herself to a dull and incurious (and possibly gay) man in exchange for becoming the British queen. Thus a suitable union was finally found, with the nuptials scheduled for February 27, 1892.

Photographs of the engaged couple show a slightly wary pair, unsure of what their future together held beyond matching thrones. But arranged marriages were the thing in those days, and Victoria enjoyed playing royal matchmaker almost as much as she liked attending funerals. Everyone breathed a sigh of relief.

Then disaster — or possibly good fortune — struck. Just weeks before his planned wedding day, Eddy became ill after attending a shooting party in the rain. He died on January 14, 1892, at Sandringham, the large, drafty country house his father had bought some years before.

The prince’s death caused a convulsion of mourning up and down the country, with people openly weeping for the murky prince few had known. He was extolled as a model human being and eulogized in churches as far away as California. 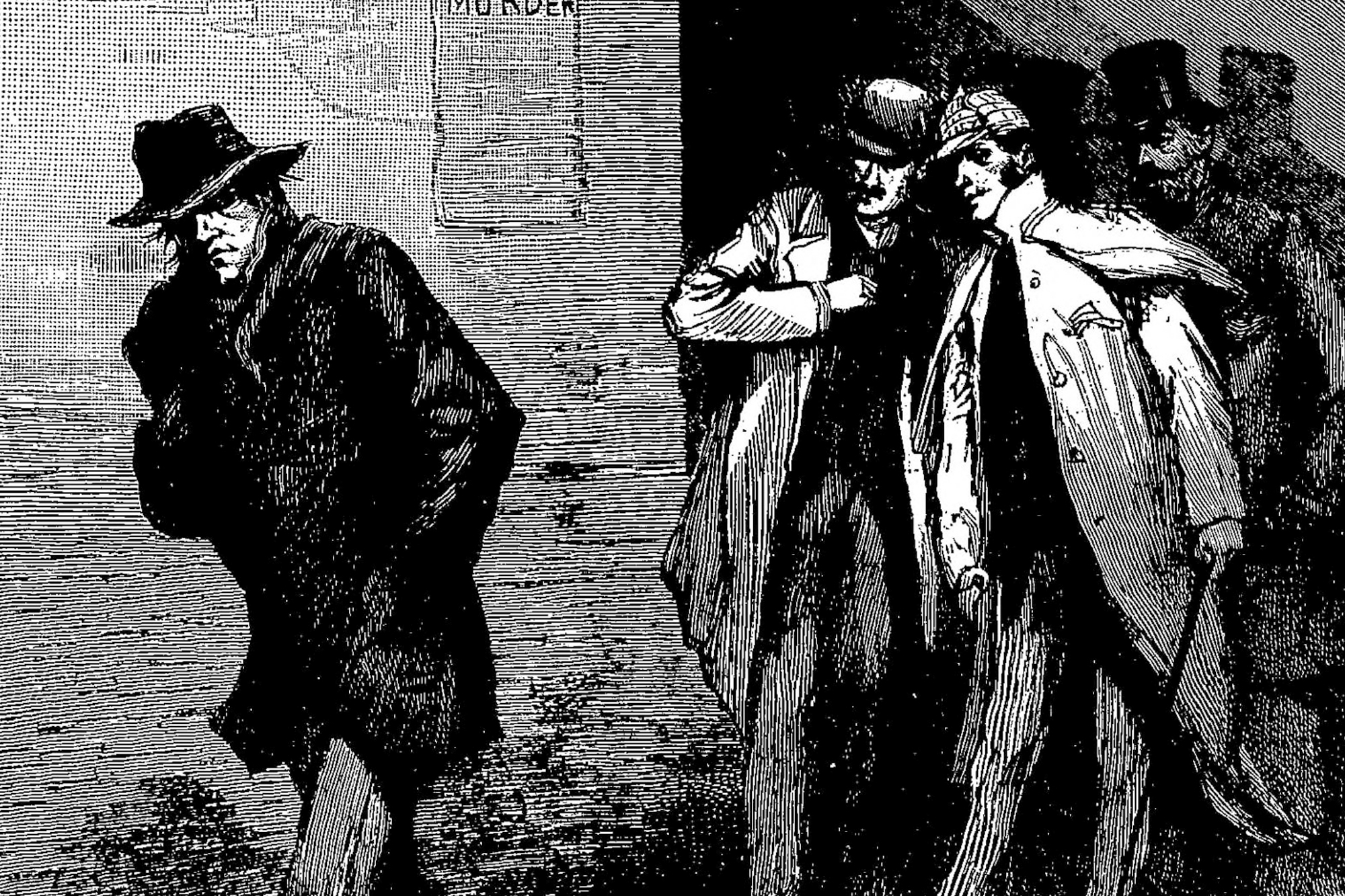 For the queen, her grandson dying on the eve of his own wedding was a hat trick, combining her three favorite obsessions: matchmaking, death, and thwarted love. But never one to waste a good prospect, after the fiesta of mourning, she deemed that Princess Mary should marry Eddy’s younger brother George, which she did, just a year later. Thus Mary became queen after all, when George ascended the throne on his father’s death in 1910. He became King George V and she got to name the HMS Queen Mary, now docked at Long Beach, CA.

A visitor to Sandringham half a century after Prince Eddy’s death found his room eerily preserved, as if he had just nipped out to the hallway. His bed was made up and even his toiletries had been left by the sink. His grandmother’s infatuation with mortality lived on.

But the death obsession took a curious turn in the early 1960s when criminologists, having failed to definitively identify Jack the Ripper, began setting their eyes on the sad, dissolute royal who had died just before his wedding. It was an awkward fit, though amateur investigators pointed to obscure details, such as the fact that Eddy knew how to stalk a deer and gut a fish, so presumably could do the same to a woman.

It was perhaps a testament to his mysterious past that the brief outline of Eddy’s life as people knew it invited a macabre interpretation. The claim was further cemented in the public’s mind by such films as Murder by Decree (with Robin Marchal as Eddy/Jack), Jack the Ripper (featuring Marc Culwick as the homicidal royal), and The Ripper (starring Samuel West). The graphic novel From Hell, later made into a film by the Hughes brothers, offered the same hypothesis. It’s a curious charge, as Prince Eddy had alibis for his whereabouts at the time of every one of the Ripper murders. After all, the heir presumptive to the throne, even in the late 19th century, was given a tight schedule, and people usually knew where he was.

There have been many fanciful suspects for Jack the Ripper over the years: Virginia Woolf’s cousin J.K. Stephen, the royal physician Sir William Withey Gull, the painter Walter Sickert. But the most intriguing name must be the tragic prince, second in line to the throne, and now it’s all that seems to keep poor Eddy on our radar.

Now that we have a new heir presumptive (Prince William’s son, the nine-year-old Prince George), he might hope he’s treated better by history — and life — than his great-great-great uncle was.