Parents Struggle to Find Clothing for Children With Disabilities

Emily Medrano struggles to find clothes for her 23-month-old son, Aaron, who suffers from a rare intestinal malformation that causes him to vomit often and soil his clothes.

But a quick change of clothes is difficult without undoing a catheter that enters through a vein to allow nutrients and medicine to reach his heart.

“Adaptive wear is not everywhere. Not everybody has it,” Medrano said of the type of clothing tailored to the needs and abilities of people with varying degrees of disability. “You have to makeshift what you do have to try to accommodate. He spent 235 days in the neonatal intensive care unit, and he spent most of that time naked.”

With few options available, Medrano turned to Etsy, a website that specializes in handmade goods and where other mothers alter clothes for children with special needs.

“They would buy shirts from Carter’s and modify them to have buttons and things like that for the purpose of having access to lines and such,” she said.

For most people, adaptive fashion may be an unfamiliar term. It refers to clothes specifically designed for people with disabilities, sensory issues, and the elderly, who have difficulty managing closures — like zippers and buttons. Instead, they utilize clothes with modifications like Velcro-type closures and zippers that are easier to pull for those among the one in four people in the US who have a disability.

But this special clothing doesn’t come cheap. On Etsy, adaptive clothing ranges in price from $30 to $100 per piece. Medrano says few people realize how much needs to be budgeted for clothing when raising a child with a disability.

Alongside the moms on Etsy, there have been a handful of small companies that also sell adaptive clothing. Slick Chicks, an adaptive undergarment brand, launched in 2007 when adaptive fashion was an even more obscure term than today. Big brand stores like Aerie and Target now sell Slick Chicks products, which include a patented eye-and-hook design users can easily clasp and unclasp.

“I think it’s about time that [big retail brands] started working with smaller businesses to put focus on inclusive products, and these smaller companies that have focused on those customers that can really help these larger retailers understand that market better,” Slick Chicks founder Helya Mohammadian said.

Five years ago, Tommy Hilfiger entered the market, becoming the first major retailer to create an adaptive clothing line, followed by Kohl’s in 2019 and Nike in early 2021. They are now joined by JCPenney’s Thereabouts line. JCPenney unveiled its collection last summer, featuring different clothing types from school uniforms to sleepwear, with sizes running from 2T to 22.

Mohammadian said it’s another step in the right direction. “I think it’s great, just [JCPenney] needs to make sure it is doing it in a thoughtful way, not just trying to check the box of being inclusive,” she said.

Izzy Camilleri, a Canadian fashion designer and founder of IZ Adaptive, an adaptive wear store, equates new corporations coming into adaptive fashion as a win in representation for the disabled community but remains frustrated by IZ Adaptive’s own lack of growth.

The frustration is exacerbated by Camilleri’s inability to make IZ Adaptive a household name despite her long tenure in the retail space. IZ Adaptive launched its first clothing line for wheelchair users in 2009, seven years before Tommy Hilfiger, which is now considered a leader in the industry. IZ Adaptive has struggled to grow, despite accolades for Camilleri’s mainstream clothing line which include being named California Arts and Fashion Womenswear Designer of the Year in 2006.

“It’s challenging not having deep pockets, and I wish we were in the financial position of those businesses to be able to leverage the expertise. We do have 15 years of research and development on top of those companies, and understanding,” IZ Adaptive CEO Benedict Marsh said.

“Nike, Tommy Hilfiger, etc., are setting a new standard,” Razdan said. “When you think of order quantities and opportunities to bring about change in the long run, I think having larger companies involved is only going to get more mainstream and become something that people can come to expect rather than being a special brand or a special person that’s doing it.”

Care+Wear sells health care wear for disabled kids and adults, from covers for catheter lines like the ones that Medrano’s son uses (known as a peripherally inserted central catheter or PICC line) to scrubs to chest port access hoodies, a space not tapped into by large retailers.

Amy Gregory, a nursing manager at the Mayo Clinic in Jacksonville, FL, explained that Care+Wear is one of few options that meet patients’ need for functional and fashionable clothing.

“As a professional working in patient care, I have not seen options for patients who would benefit from adaptive clothing designed for central line access, which can often be utilized for the treatment of both acute and chronic illnesses,” she said. “Care+Wear has created these products in partnership with medical professionals, nurses, doctors, and patients so they effectively meet the needs of the patients.”

Medrano agrees. After her son underwent surgery in May, the hospital staff gave Medrano a PICC line cover for each of the five weeks her son stayed there. When they left the hospital, Medrano bought two more covers.

“If he were to vomit on his arm, I know he would probably get admitted for 48 hours automatically to the hospital, just to be safe that he doesn’t have a line infection,” Medrano said. “Because we have Care+Wear now, if my son does throw up and he does get it on [his arm], at least we know that he had the protective covering on it.”

These smaller businesses believe that, as an established company with more than 800 stores globally, JCPenney can change the public perception of people with disabilities.

“When I found the JCPenney ad, I was like, they’re doing some stuff right there. They understand,” Leu said. “They’ve done their research and I’m happy about that because the more available, the more people have to get their hands on and be more comfortable. At the end of the day, we all want clothes that fit properly and look cool, especially kids at school.”

The small adaptive retail businesses want to work alongside JCPenney — whether as collaborators, suppliers, or design partners — to make adaptive clothing the norm in public fashion.

“It doesn’t need to be categorized as adaptive, and that hopefully in the future becomes something that’s just normal,” said Mohammadian of Slick Chicks.

Despite these small business owners having more expensive clothing, like IZ Adaptive’s $100 range per item, they are not worried that the Thereabouts collection has products that cost less

That’s because caretakers of people with disabilities have fewer options. In some cases, there are no options.

Take Usha Nair, who is from Malaysia, where she says there’s a lack of adaptive clothing stemming from a stigma against disabilities, which are considered a bad omen. She fought to start Dawn Adaptive, Malaysia’s first adaptive fashion brand, because of her experience trying to dress her 17-year-old daughter, who has cerebral palsy.

“My child was my retail research, because taking care of her, I see the difficulty and what our struggles are,” Nair said.

“So that’s when I started thinking, ‘So how do you make fashion more inclusive?’ You create something that everyone can wear.”

Catherine Lim, founder of the All Things Adaptive, Assistive and Inclusive Facebook Group, expressed that there is also a lack of adaptive clothing awareness in Singapore.

“I only knew about the existence of such products after my aunt suffered a stroke and became paralyzed on one side,” Lim said.  “At that time, I was shocked to learn that no one in the stores or hospital shops in Singapore — this was three to four years ago — knew what adaptive clothing was.”

“Of course, there is more awareness these days, but there’s still so much more that can be done.”

JCPenney’s affordability is meant to be a relief to parents who cannot afford to budget large sums of money for adaptive clothing. However, some parents find its Thereabouts line to be limiting.

Kelsie Powers, whose 15-year-old son uses a wheelchair and has sized out of available boys’  clothes, finds that her son is outside of JCPenney’s and most adaptive clothing brands’ target audience. 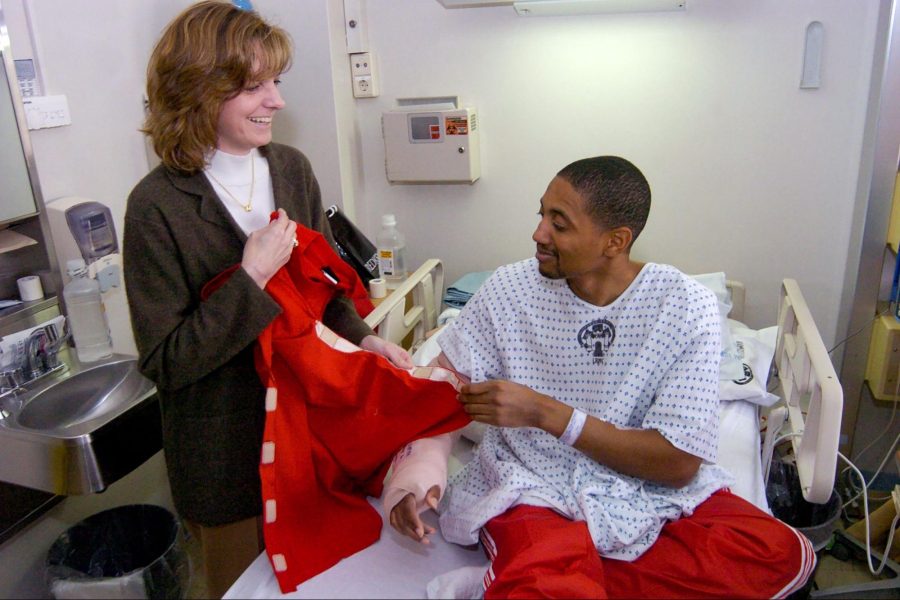 “I feel it is important to remember that children grow into adults and those needs often remain. This isn’t just isolated to a children’s line,” Powers said. “It’s easy to get lost in the nostalgia of children — it is lost that they grow into beautiful adults who still have different needs.”

Jennifer Vargas is another parent whose son uses a wheelchair and faces the same issue as Powers.

“My son is 16 and he wants to ‘fit in’ with the rest of his high school peers as much as he can,” she said. “Finding affordable stylish clothes for older teens and adults that fit their needs is important.”

While the consensus from adaptive entrepreneurs and parents is positive towards JCPenney’s new line, it is clear the market still needs to expand to cater to disabled children as they grow, and small businesses hope that growth is not at their expense.

But for now, parents of disabled children, like Medrano, remain frustrated by a lack of children’s   adaptive clothing.

“I feel included because when you go online and you search adaptive wear, JCPenney has stuff, even though right now, it doesn’t fit him. Hopefully once he’s a little bit older, you know, that will fit, it will fit him,” she said.

“Mostly right now, I’ll just stick to rompers, jumpers and overalls that don’t have anything that covers his arm.”