Letter From London: The Routemaster Returns

The streets of London have been blessed with a return of the Routemaster — actually, three of them — which now prowl a route from Piccadilly Circus to Waterloo station and back. Strictly for tourists? Not exactly. The original red double-decker you see in old films and on tea towels was the AEC Routemaster, a handsome vehicle with a doorless entrance, steep staircase, wind-handle windows, and driver’s cab separated from the lower-deck interior by glass. It began service in 1956, but the last model was actually taken out of circulation in 2003.

What you see now on the streets is mostly a panoply of ugly, two-tiered vehicles, including the unpopular “Boris buses,” so-named because then-mayor Boris Johnson oversaw the design, which was supposed to replicate the original and bring it into the 21st century. What we got instead was a bulky, two-doored monster, whose windows don’t open, whose doors stay closed, and whose interiors resemble an airport lounge squeezed into a camper van. Each one cost the city £350,000 — or almost half a million dollars at the then-more-favorable rate of exchange.

That’s without wings or jet engines. We recently learned that they need a £31 million (~$37 million) “upgrade” after their initial seven years of service. Has it been just seven years? It feels as if these behemoths have been around forever. 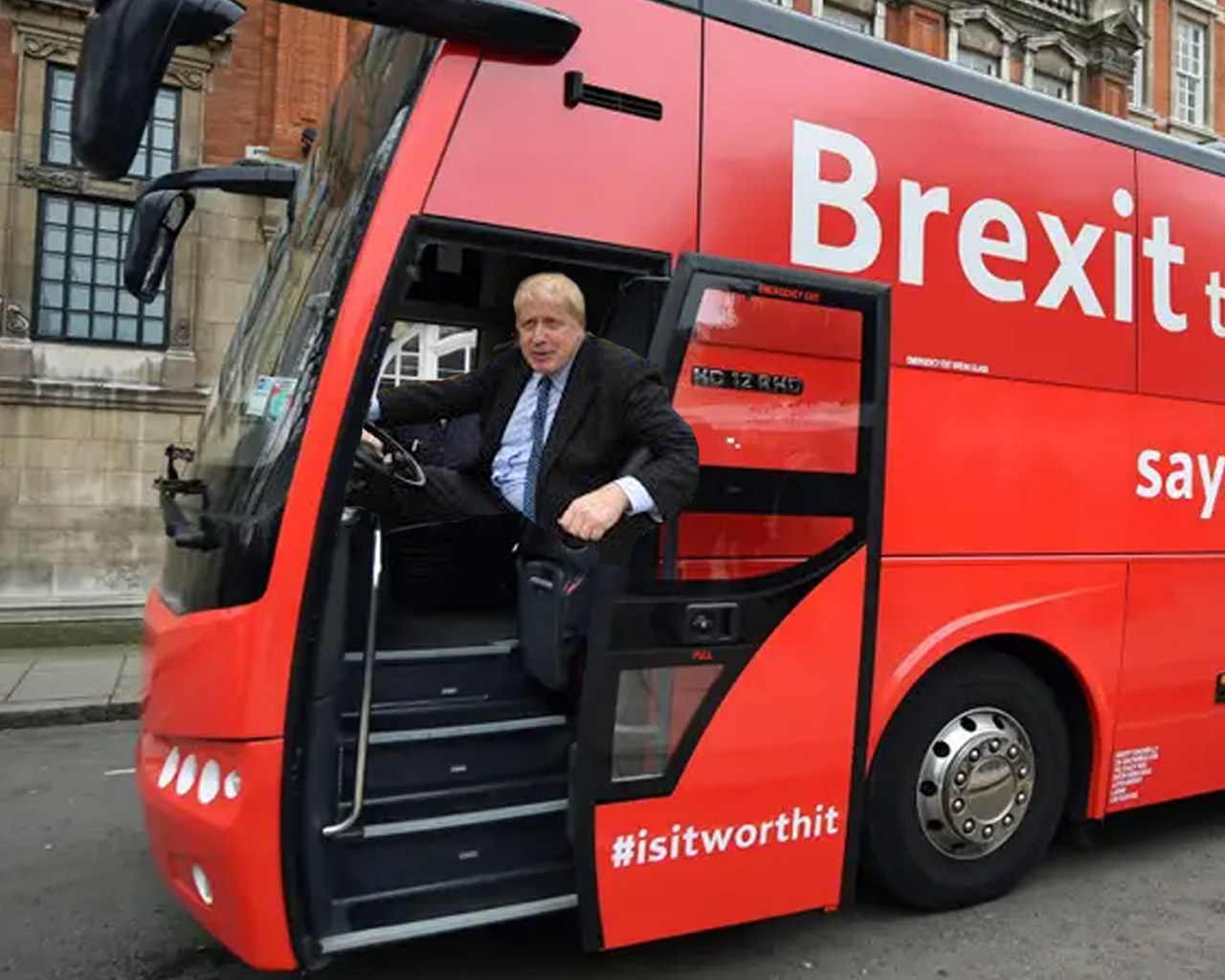 The original Routemaster was as iconic as the late queen’s image on banknotes, the red phone booths (in now dwindling numbers), and the policemen (bobbies) with their bulbous black helmets. One of the principal charms of the old buses was their open entrance, so you could jump on and off between stops, or hurl yourself off as it rounded a corner, an exhilarating experience I remember well as a child. Try doing that from an M3 heading down Fifth Avenue, or an 87 coursing along Blvd. St-Germain.

The lower deck offered front-row seats with either a prospect of the street or a curtained view of the driver’s cab. There were banquettes by the entrance, cold in the winter but convenient if you’d just jumped on with armfuls of shopping. Up a steep staircase, so narrow it allowed only one-way traffic, and you reached an upper deck with a low ceiling, a single three-seater in the last row, and of course the much-prized front seats with their commanding view of the city. Even though smoking was allowed on the upper deck, making for an often gaseous trip, I always headed upstairs as a child, and tried for that front row. If it were already taken, I’d sit near enough to slip into place as soon as a luckier traveler had vacated their spot.

One of my favorite Who songs is “Magic Bus,” in which the titular vehicle has supernatural powers simply by virtue of transporting the protagonist to his girlfriend. The album cover shows the band cavorting on a flower-painted double-decker Routemaster of the type (without the appended flourishes) that took my father to work and my sister and I to school when we were kids. Our bus was the 14. I remember once seeing a cartoon showing a posh man, used to being driven everywhere, boarding a bus and instructing it to take him to his desired destination, as if it were a taxi. But the 14 did appear to go anywhere we needed to, and in that regard it did seem like magic.

Astonishingly, the fare to get me to school when I was six was a penny ha’penny, i.e., one and a half old pence, which translated then to roughly one US cent. It was a children’s half fare, so the adult fare wasn’t much more. I can’t remember exactly when our mother let us travel by ourselves, but it had to have been by the time I was seven or eight, and my sister and I used to save money by sometimes walking home and spending the change on sweets. I see myself type this and it makes it sound as if we grew up in the 1920s, but it was the late ’60s, the same era of “Magic Bus.” In the song, Roger Daltry sings, “Thruppence and sixpence every day/Just to drive to my baby.” That sounds about right, though I’m not sure which bus the song’s composer Pete Townsend took to reach his girlfriend’s flat.

The Routemaster was retired partly for reasons of health and safety, and the open rear entrance could be hazardous (a friend of mine was hospitalized after she fell off the back of one). But its return, if in notional form, is a nod to the sheen of nostalgia, when people of a certain age (hello) can enjoy a squint of the past. A recent Guardian essay coined the term “binmenism,” the often right-wing view that everything was better in the old days, when binmen (i.e., trash collectors) used to “smile” as they hoisted heavy metal bins on their backs and dumped the rubbish into garbage trucks. No plastic wheelie bins for them! No, they were “real men” who apparently enjoyed their often literally backbreaking labor. Now they’re all snowflakes who scowl as they work and complain if anyone mixes up their recycling (there have apparently been physical attacks on refuse collectors for refusing to take mixed-bin rubbish).

Binmenism is the belief system partly responsible for bringing us Brexit, perhaps the greatest instance of economic self-harm in living memory. There were specific lies propagated, such as more money would go to the National Health Service (printed on the side of a red bus) and that we’d reduce illegal immigration by regaining control over our borders. But the case for Brexit was more often an amorphous claim to return things to the way they used to be, when doctors made house calls, playgrounds didn’t need rubber flooring, and binmen smiled as they worked.

Who are these people pining for the days of polio, asbestos, and DDT? The kind of person who might recount the diminutive cost of their childhood bus fare, or quote a song lyric from the 1960s? I admit I miss the time when our climate wasn’t on the brink of collapse and people read books instead of playing Marvel Snap on their cell phones, dammit (okay, Boomer). If pressed, I can count some improvements to our lifestyle: we have 24-hour portable communication and video on demand, as well as smart smoke detectors and doorbell cameras.

But hey, LPs are back, Abba is back, and now we have three Routemasters back on the streets of London. Count me out for binmenism, but sign me up as a disciple of Routermasterism. This is the belief that, at the very least, buses were more fun back then, when you could ingest second-hand cigarette smoke on a cramped upper deck, and risk major injury leaping off between stops. I.e., the good old days!