Letter From London: A Visit to Cecil Court

Whenever I’m short of cash (a not infrequent occasion), I open another box of my dwindling collection of first editions, pinch out a few volumes, take a tube to the West End, and head to Cecil Court.

This pedestrian passageway linking Charing Cross Road with St. Martin’s Lane lies in the middle of the theater district and is a warren of antiquarian bookshops, coin shops, antique dealers, and small emporiums of magic and theatrical ephemera.

At some point J.K. Rowling must have taken notice, because she used the thoroughfare as inspiration for Diagon Alley in the Harry Potter books. This means the fictional, goblin-inflected version of the court is more famous (considerably) than the real thing. But the real thing is interesting enough.

The street is named for the Cecils, a wealthy, ennobled family who developed much of the area in the early 1600s. Mozart and his family lived there for a short period in the late 1700s, but it was at the end of the 19th century that the passageway got its first commercial reputation as Flicker Alley, the heart of the early British film industry.

It was here that the nascent film companies had their offices until around 1915 when they moved up to Soho. That’s when the bookshops and antique businesses moved in, and the stretch has retained that status ever since. There might be a Chipotle Mexican Grill on one end, and a Street Burger on the other, but in between, it’s pure gold.

I take my books to Tindley and Everett, which James Tindley has been running, with various partners, since 1994. His shop window is like a candy store for book collectors: first editions of Martin Amis, A.S. Byatt, John Buchan, and Eugene O’Neill. 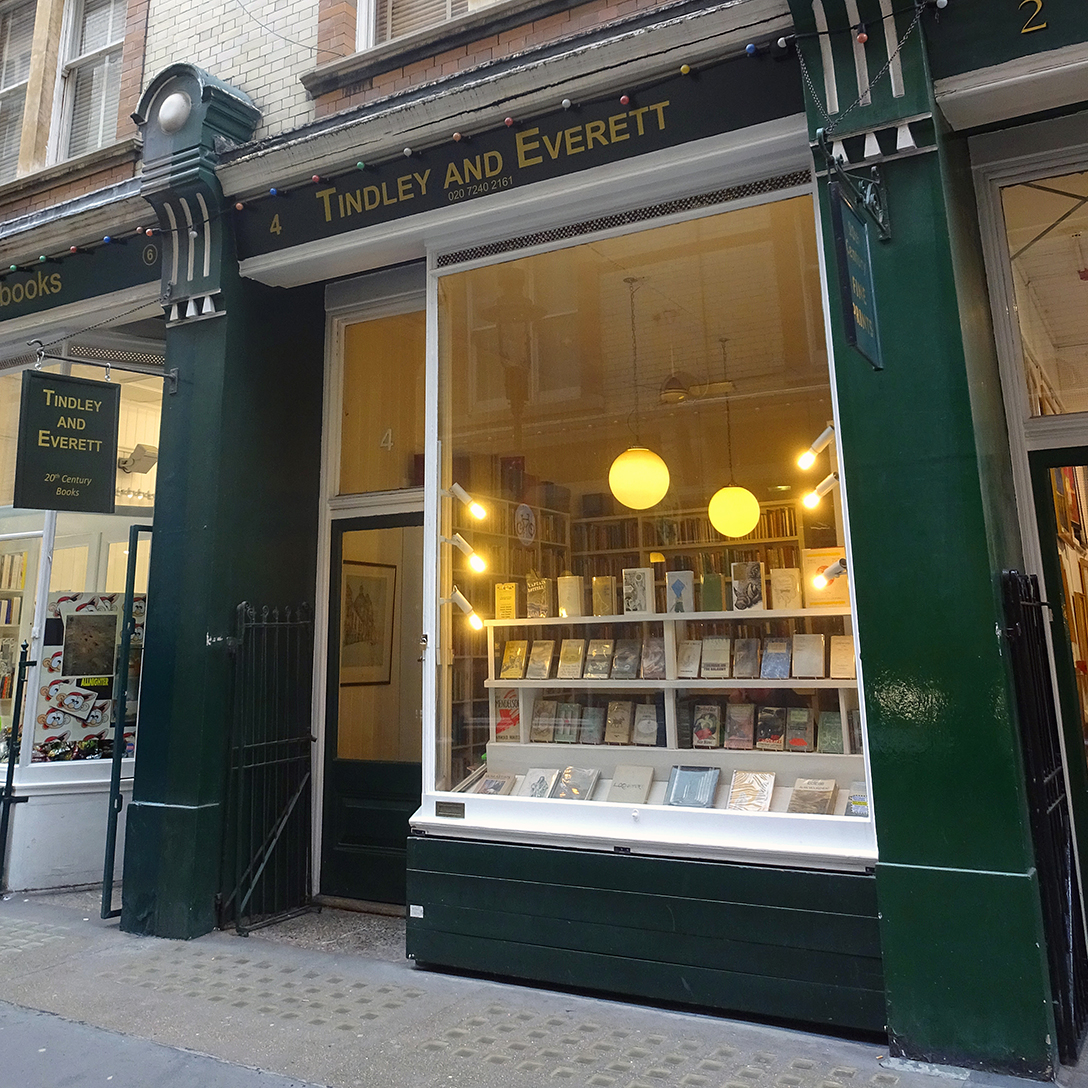 Cecil Court has become the surrogate Charing Cross Road, which at one time was the used book district, as Fourth Avenue once was in New York. There used to be a large cluster of secondhand bookshops on this stretch; there are only two left. Charing Cross Road is now full of overpriced cafes and tourist shops, but Cecil Court is still the antiquarian mecca it was when Graham Greene prowled its stalls and briefly considered opening his own shop.

Selling books is really a buyer’s market, as the proprietor knows what he can market, and offers half of what he can sell it for (that’s the deal; he has the store). You can put a volume on eBay, but it can take months — if ever — before you sell it, and your listing will be sandwiched between any number of similar offerings. It’s a crowded market online, and for myself, I prefer the personal touch.

Patti Smith in her memoir Just Kids recalls working in the Rare Book Room of the Strand in New York, acquiring enough antiquarian know-how to support herself for a while buying and selling valuable editions. It’s knowledge you can pick up, but there’s a ruthless art to it, a winner-take-all approach to finding one of that initial print run. Tindley calls anything later than a first edition a “reprint.” Thus when I tried to sell him a signed copy of Joseph Heller’s second book, Something Happened, the copyright page confusingly stating, “First and Second Printings Before Publication,” he shook his head dismissively. “It’s a reprint,” he scoffed. I had no reason to doubt it; he knows his books.

He felt better disposed towards my signed Tom Wolfes and Edward Albees (in crisp dust jackets — a must). The first edition business doubles as a wry comment on literary fashion, a barometer of who’s up and who’s down. Thus in England, at least, firsts of Philip Roth are still in high demand (despite frequent charges of sexism and misogyny in his work), whereas John Updike holds little truck. Too bad for me, as I have pristine editions of The Witches of Eastwick, Picked-Pieces, and A Month of Sundays (any takers?).

What’s wrong with Updike? I asked Tindley once. He offered a grizzled laugh between stubbing out his cigarette and lighting up another Benson & Hedges. “He wrote too many books.” 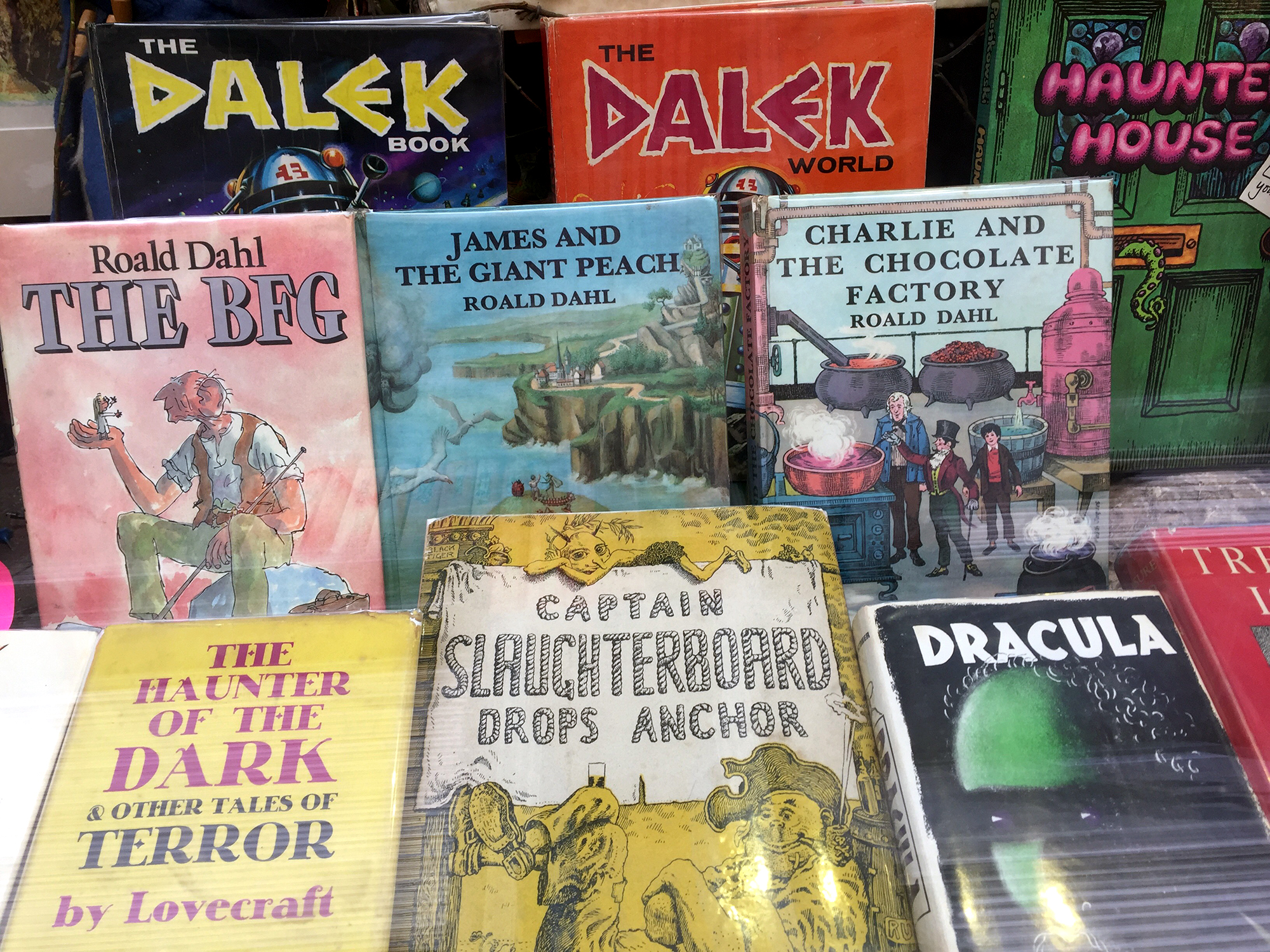 Rents in Cecil Court, which is owned by Lord Salisbury (a Cecil), are kept below market rates and the shops are reserved for antiques and book dealers. In some ways the alley serves the same purpose as the Tower of London, the pageantry of the opening of Parliament and the Changing of the Guard. There’s nothing efficient about those ceremonies, or those tall bear-skin hats the guards wear (stop killing bears!). But it’s an artificial nod to the picturesque past of London, and catnip for the tourists with cameras. Cecil Court is not an obvious tourist destination, but its preservation as an objective for hobbyists and collectors evokes an older London, just as the theaters around the corner recall the city’s theatrical past, before jukebox musicals and shows based on ’80s American movies clogged up the listings.

Cecil Court is so preserved from the olden days, it’s frequently used as a location in period films, needing little dressing up. You may recognize it from such films as Victim (1961), The Human Factor (1979), 84 Charing Cross Road (1987), or Miss Potter (2006). But not Harry Potter and the Philosopher’s Stone (2001), because the Diagon Alley scenes were actually filmed in Leadenhall Market.

But it’s worth a visit to the real thing. It’s no surprise the passageway inspired Rowling; her magical alley is not conceptually so far from the actual location. As with Harry Potter’s experience, a visit to Cecil Court can summon up a touch of the supernatural. As long as you’re not trying to sell first editions by an author who wrote just too many damn books.