Volcanoes Are Terrorists, and Should Be Treated as Such

Friends, it’s high time we look a threat square in the eye. It’s been hiding underfoot for years, endangering us all, just beneath the surface. Planning. Plotting. Percolating. Friends, I’m saying we need to acknowledge what the people of Pompeii knew: volcanoes are terrorism.

This is an uncomfortable truth to acknowledge, but it is necessary. Like terrorism, volcanoes lead to loss of life, property damage, and profound interference in the rhythm of our “normal” lives.

Consider that both 9/11 and the 2010 eruption of Iceland’s Eyjafjallajökull volcano disrupted air traffic and global commerce. The US’s reaction to 9/11 was a concerted war effort against (at least) two countries at a cost of $6.4 trillion and more than 800,000 lives. (That’s more impact than Cuba, added to the US State Department’s official roster of terrorist-supporting states in January, has ever managed.) As for Eyjafjallajökull? To date, even though the volcano hijacked $1.7 billion in US airline revenues, Congress has done nothing to mobilize the military or even a political response. No sanctions, nothing. For now, the big mean hole just sits there — wherever Iceland is — probably plotting in secret, refusing to negotiate.

The political nonreaction is odd, especially when you consider that Pompeii’s eradication by the insurgent geological forces of Mt. Vesuvius is still among the top two or three things discussed at workplace water coolers today. (Probably; I have not been invited to a water cooler in some time.) And now, a recent article in Nature Communications reveals that the threat from undemocratic volcanoes to our cherished freedoms is even greater than we thought.

Researchers Lara Mani, Asaf Tzachor, and Paul Cole suggest it is not the massive, civilization-ending eruptions supervolcanoes we should be worried about. Rather, they argue that we should perhaps be more worried about smaller volcanic terror cells. Not huge eruptions that blot out the sky — where the sun lives — but smaller ones that destroy undersea cables — where the internet lives.

Volcanoes are well poised to jeopardize the “critical systems and infrastructures, such as shipping passages, submarine cables, and aerial transportation routes” that are “are essential to sustain our societies and to ensure their continued development,” write the authors, from the University of Cambridge’s Centre for the Study of Existential Risk. As these cables are the nervous system of the internet, and as the internet is widely considered one of the greatest tools for freedom of expression and commerce the world has ever known, any volcano that destroys those cables must do so out of an abiding hatred of our freedoms: freedoms of speech and freedoms of posting.

Where might these volcanoes strike? The researchers indicate seven “pinch points” where small-scale eruptions could still cause global catastrophe. These include Taiwan, the China-North Korea border, Malaysia’s Strait of Malacca, and Iceland — which is important in this case because it includes the all-important flight path between New York and London and Paris, interruption of which would be devastating to the high-end sleeping-mask industry.

Though they don’t say this, it’s clear that volcanoes are attracted to concentrations of significant economic and political activity. Just like terrorists. 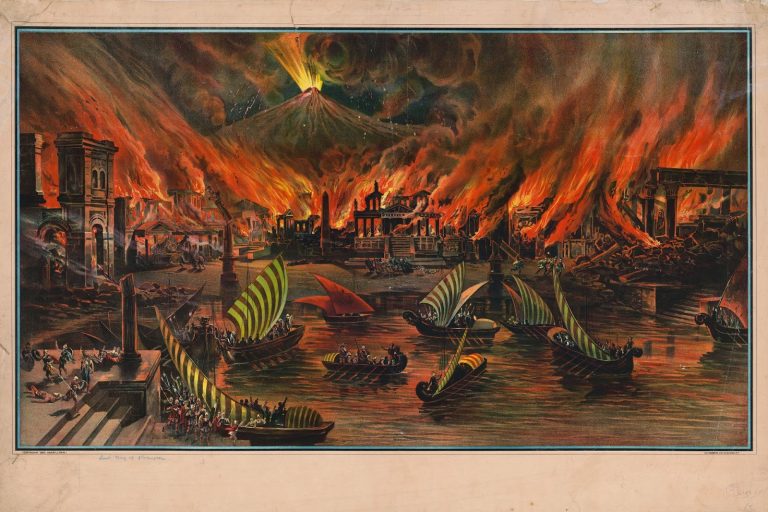 The Mediterranean is also a pinch point, where a volcano on Santorini committed a massive terrorist eruption against the Minoan civilization in 3500 BCE. Even a small eruption today could be at least as disruptive as a boat stuck sideways. The Ever Given’s six-day blockage of the nearby Suez Canal in March cost, per the authors, “between US $6–10 billion a week to global trade.” I don’t remember if the boat thing was terrorism or not — nobody remembers, it was like five months ago — but if an eruption blockaded the passage, it could not be seen as anything other than an act of terror.

One other pinch point is the Pacific Northwest, where an eruption in the Cascades range could “trigger mass flows, such as debris avalanches or lahars, resulting from the melting of glaciers and ice caps,” in and around Seattle, Portland, and Vancouver. Patriots will note these cities  are all identified by conservative media and law enforcement as hotbeds of antifa activity. Coincidence?

As the study’s lead author Lara Mani told Wired, “I just kept thinking, they’re all in the same places — all of these [economic and geologic] systems converge. … And that’s terrifying. Why has no one mentioned this before?”

Throughout history, volcanoes have shown no respect for burgeoning democracies, developing  economies, holy sites, or even the environment. Name a terrorist ideology, and there’s probably a volcanic eruption that corresponds to it.

So. Why go through the political hassle and the bureaucratic struggle of reclassifying volcanic eruptions as terrorism? For once, we’ll have total buy-in from America’s squabbling ruling class.

Friends, I can hear you asking yourself: How is any of this a thing? Shouldn’t we just let nature be nature and political violence be political violence? To which I say: Have you seen how we underestimate nature? Have you seen how we overestimate the effectiveness of military campaigns? What if we just … swapped the approach? That $6.4 trillion would be well-spent on anything from eruptions of lava to eruptions of, say, viruses.

At any rate, a change in perspective could bring us all together.

What do Left and Right agree on? Very little, but here’s something: Bad things are bad. In a study published in the Journal of the Association for Consumer Research in November, authors Luke Nowlan and Daniel M. Zane explore consensus and how it’s achieved. Existing political philosophy shapes one’s reaction to COVID-19, but divergent visions can be united.

Research shows that conservatives think free will is what drives existence, Zane said in a podcast, “whereas liberals are more accepting of the idea that these more deterministic factors — things like randomness, chance alone — play into people’s life outcomes.”

Zane and Nowlan presented to study participants one scenario in which the coronavirus was described as more aimless, and another in which it was described as having “high agency” — that is, control over its behavior. “In that condition where the coronavirus was painted to have this strong motive, be this palpable enemy — conservatives actually came to align with liberals in how much of a threat they perceived that virus to be,” Zane said. “And conservatives actually came to conclude that society was no longer overreacting relative to liberals.”

The culture war over masking and vaccines shows how difficult it’s been to get people on the same page about COVID-19. But that’s mostly because viruses are very hard to see. And it’s very hard to determine the motives of something you can’t see. Therefore, it should be easy to convince the public that volcanoes are clearly a “palpable enemy” to humans, commerce, democracy, infrastructure, etc. — because they are big, and generally easy to see (barring fog). 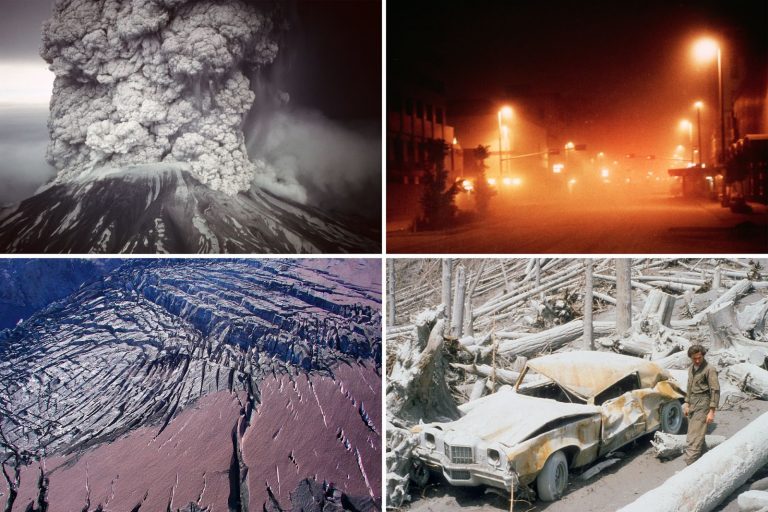 Unlike just about everything else, the American Congress has demonstrated a great willingness to agree, as a nearly unified body, to declare war on an agent of terror (even if that agent of terror is in the United States [and isn’t even an agent of terror]). So, even volcanoes that sneak into this country — say, across its unprotected southern border — could still be identified and dealt with.

Volcanoes have already demonstrated more potential as agents of terror than certain Middle Eastern states. And, now that it’s politically expedient for Congress to change its mind with a single, brave voice, the United States has the bandwidth for another palpable enemy.

“Volcanic Pinch Points” could be the new “Axis of Evil.” It would be easy (and profitable!) to establish military bases right at the feet of those volcanoes. Take the battle to them! Deploy the Space Force if necessary. (Rebranding opportunity.)

From there, we will have a strategic advantage for a long-term engagement on multiple continents. It could keep us busy for a few months up to hundreds of thousands of years, depending on erosion, political will, and plate tectonics. As we have demonstrated in Afghanistan, the bar for success is extremely low. So every year we keep the forces of volcanic terrorism from unleashing an eruption is a definitive (and profitable!) victory against nature itself. And whatever it is that makes volcanoes so hot down there.

Probably the Devil himself.