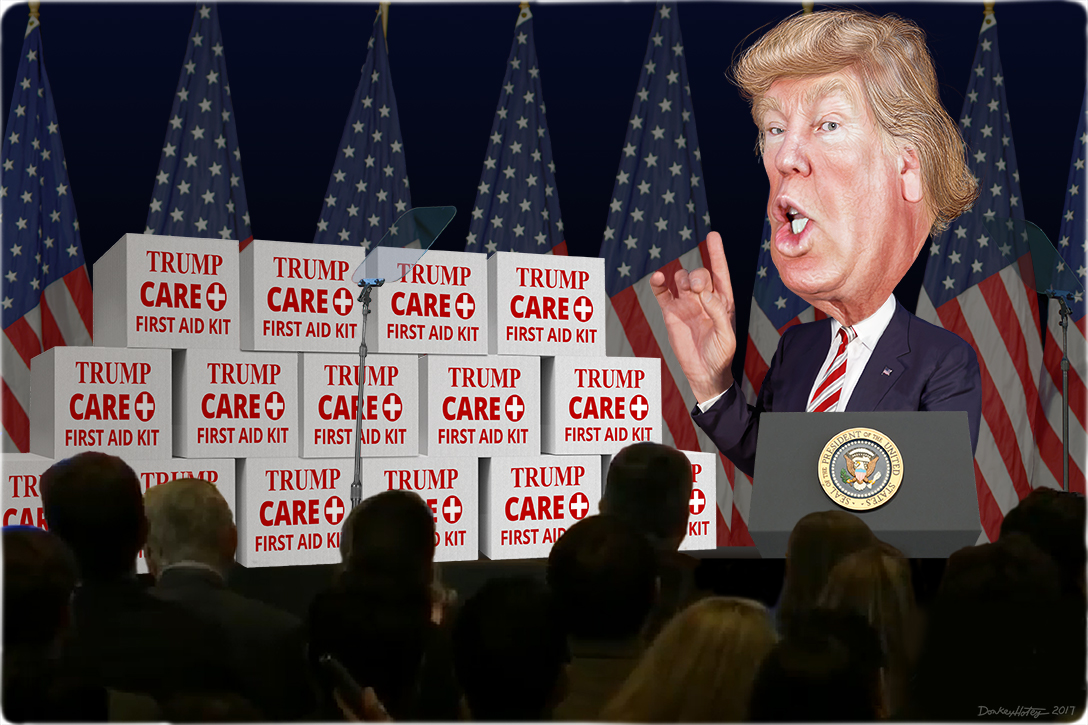 Many members of the corporate media seem to view Donald Trump’s presidency as a threat. Instead, they should look at it as an opportunity that allows them to get their act together.

In a widely reported and fairly self-aware open letter to the incoming president, the Columbia Journalism Review put Donald Trump on notice earlier this week that the press corps would be doing…what it is paid to do. The letter states that journalists would hold Trump and his staff accountable when saying something that is demonstrably wrong, that they would cover the entirety of the government and generally fulfill their professional obligations.

Working men and women don’t typically expect a pat on the back for simply doing their job. Sure, the people handing you burgers and fries at McDonald’s would appreciate a heartfelt “Thank You,” but they won’t get bent out of shape if they don’t get it. Still, the media probably deserves our appreciation if it manages to actually focus for a change on reporting news instead of self-promotion, racking up page views and ensuring ad revenue.

During his campaign, Trump successfully tapped into the popular resentment of the news media. There is no reason to believe he will stop doing so now that he is president. Consider his countless Tweets attacking the media and his press conference last week, in which he belittled CNN for trafficking in fake news after the network put out a story that was decidedly not fake.

The popular resentment Trump correctly identified is mostly self-inflicted. Many national news outlets spend a vast amount of their resources on mundane stories happening right now. During the election, they covered speeches, Tweets and polls as though they were the Holy Grail of journalism. On the other hand, all but a few newspapers neglected in-depth investigative reporting or even serious looks at policy differences among the candidates.

While it was Trump’s campaign that exposed this resentment, it is Trump’s presidency that gives the press the opportunity to redeem itself. To do so, four things need to happen:

– Since Trump entered the race, the corporate media has seen him — and the strong feelings he elicits on both sides of the political spectrum — as a tool to make money. Or as CBS Chairman Les Moonves put it a year ago: Trump’s candidacy “may not be good for America, but it’s damn good for CBS.” That type of thinking has to stop. Journalists and the organizations that employ them have to worry less about what will generate ad revenues and invest more time and resources in solid reporting and analysis.

– Trump has proved time and again that he has very good political instincts. He will try to divide the media by singling out a few big outlets for his scorn while praising others and giving them preferential treatment. Obviously, the president and his team may be justified in singling out media outlets that are treating them unfairly. However, as the recent CNN example shows, Trump will also turn on news organizations simply because he does not like what they have to say.

In these cases, the rest of the press corps has to stand with their colleagues. At Trump’s press conference last week, other journalists should have stuck up for CNN.

– The media has to stop spreading information that is demonstrably false. Trump has shown a propensity to play fast and loose with the facts, which is why it is particularly important to call him out on things that are verifiably incorrect. In addition, news outlets should give a platform only to those Trump surrogates who can stick to the truth.

– Perhaps most importantly, the media can’t afford to get anything wrong. Not only does Trump deserve fair coverage, but every incorrect article will allow him to continue the narrative that the unfair/lying media is out to get him. He has very effectively portrayed himself as the victim of media bias throughout the campaign. In some cases, that might have been justified. In others it was clearly not.

The bottom line is that the media has to do its job. All journalism students learn that they are supposed to be tough but fair, not rush to publish stories without checking the facts, distinguish between true and false statements from their sources, and, when necessary, call out powerful people for lying — no matter who is offended. It’s time that the corporate media relearn these lessons. If they do not, it will be a long four years for them.