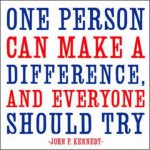 During the Bush administration, it seemed that nary a Republican—and just a handful of Democrats in Congress—spoke out about the government’s crackdown on civil liberties. Since a Democrat took power, the silence has spread.

One notable exception is Senator Ron Wyden (D-OR), a member of the Senate Intelligence Committee. Wyden continues a lonely battle to generate discussion and accountability where there is virtually none. Among his concerns are how Executive Branch officials resist providing meaningful estimates of whether it is only a few Americans–or vast numbers—who are being monitored without warrants.

For example, while the public is generally aware that judges authorize limited numbers of wiretaps each year, it remains largely in the dark about newer and far more prevalent techniques, such as the routine use of cell phones as sophisticated tracking devices.

Wyden’s most recent effort involves placing a “hold” on the Senate’s reauthorization of the Foreign Intelligence Surveillance Act (FISA) court system—until he is able to learn more about how, post-9/11, the Executive Branch is using its powers.

Wyden discussed his views on the subject at a forum held at the Libertarian-oriented Cato Institute in Washington in mid-July. Because neither the event nor Wyden’s crusade have received much media attention, we thought we’d provide it. (You may also watch a video of the session here.)

Three other privacy/civil rights experts joining Wyden on the panel praised him for being willing to risk charges that he is “soft on terror” in his bid to revive privacy rights. It’s a tough act when a change of administration does not translate into a change of policy on that front. Like the Bush administration, the Obama administration, citing terrorism threats, insists on keeping secret details of all electronic surveillance, including storage and retrieval of the public’s phone calls and emails.

Closely related to the privacy battle is that over civil liberties. An example the panel cited is the unprecedented federal prosecution of government whistleblowers who talk to the news media. The tacit argument is that they are little different from spies.

The Obama administration has undertaken six such prosecutions, including its effort to imprison Thomas Drake, a high-ranking former National Security Agency (NSA) official, who attended the seminar. The Obama Justice Department sought to imprison Drake for the rest of his life after he discussed non-classified documents with a newspaper reporter probing an estimated billion dollars in waste at NSA. Drake was fortunate; he had the representation of skilled counsel (Jesselyn Radack of the nonprofit Government Accountability Project—herself a former whistleblower), and his case went to a judge whose rulings paved the way for a fair trial. Authorities then in effect gave up, and settled the once-mammoth prosecution by extracting from Drake a plea bargain to a minor charge.

During the question and answer period, Drake praised Wyden’s efforts, and argued that the efforts he supervised proved to him that the NSA never needed to “move to the dark side” in infringing personal liberties in order to protect the nation against terrorists.

Six years ago, New York Times reporter Eric Lichtblau and his Times colleague James Risen exposed massive illegal NSA surveillance via a monitoring operation that may have encompassed literally billions of American phone calls and emails. The source of that estimate,  now-retired AT&T technician Mark Klein, told me two years ago that no member of the Senate or House has ever dared invite him to a hearing to discuss what he discovered while working for AT&T. In frustration, Klein authored a book about it, Wiring Up the Big Brother Machine…and Fighting It.

Others with expertise, including Drake, have never been invited to testify by any oversight committee. That’s hardly surprising, given the interests at stake. Those committees tend to be dominated by politicians of both political parties who routinely defer to national security and military officials, and who are beholden to major corporate donors enriched by the federal contracts related to surveillance.

It’s instructive to learn just how handicapped even a member of the Intelligence panel like Wyden is. When I asked him later whether he planned to seek hearings and call witnesses to address his inability to get straight answers from intelligence officials on the scope of surveillance, he explained that that he has no ability to schedule hearings or determine witnesses.

Besides Klein, another important witness Wyden would love to see called—but which he cannot make happen—is former Qwest Communications CEO Joseph Nacchio. The latter argued extensively and unsuccessfully in court papers that he was selectively prosecuted by the Bush administration for securities violations as punishment for his refusal in February 2001 to cooperate with a Bush request for massive surveillance of Qwest customers. Qwest was the only one of the four “Baby Bell” giant telecom companies to resist federal pressure to illegally provide customer records without a court order, evidence has shown.

Wyden is walking a difficult line, seeking to make the public aware of both the abuses and the structural problems that prevent their rectification, while not singling out colleagues for public criticism. He did praise fellow committee member Mark Udall (D-CO).

The Senate Intelligence Committee is chaired by Dianne Feinstein, (D-CA).  A former mayor of San Francisco, and therefore perceived by some as a critic of the system, the two-decade senate veteran actually has a long track record of sympathy for military and intelligence contractors, and is widely regarded as a reflexive supporter of government secrecy and vigorous intelligence-gathering. Her record on oversight and investigation is far less apparent. Virtually all hearings by her committee are secret, making it difficult for senators like Wyden and Udall to share with the public even the comparative little they know.

Feinstein’s husband, financier Richard Blum, like the relatives of a number of other powerful lawmakers, has been a beneficiary of federal contracting. Feinstein and Blum have done very well over the years. A Wikipedia entry states:

By 2005 her net worth had increased to between $43 million and $99 million….Her 347-page financial-disclosure statement…– characterized by the San Francisco Chronicle as “nearly the size of a phone book” – draws clear lines between her assets and those of her husband, with many of her assets in blind trusts.

Feinstein worked closely on the committee with the vice chairman, West Virginia Democrat John D. Rockefeller IV, who chairs the Senate Energy and Commerce Committee. Rockefeller led the way in 2008 for Senate approval of immunity for major telecom companies against customer lawsuits alleging that the companies violated Fourth Amendment protections against warrantless searches. President Obama, who campaigned against such immunity, switched his position once he had defeated Hillary Clinton for the Democratic nomination.

The immunity for telecom companies backed by Feinstein, Rockefeller, and Obama, as well as many Democrats and the vast majority of Republicans, in effect thwarted the right of the public to learn from litigation what has been occurring across the nation as longstanding privacy rights are threatened by massive electronic surveillance.

Wyden said he sees some hopeful signs in recent correspondence with National Security officials. But the details as he reveals them are notable for their Orwellian aspects.

Wyden repeated several times that he and other Senators who are privy (even minimally) to classified information on national security are typically forbidden to say anything unless the administration declassifies the relevant material. In general, he said he believes the government is over-classifying information, thus preventing discussion. But he said he has obtained approval to mention that a ranking official wrote him last week that authorities concede that the FISA court once said that the government had not acted within the spirit of the FISA law in a certain unspecified case.

That doesn’t sound like much. Moreover, Wyden said authorities balked at providing even ballpark estimates of how many Americans or messages are under surveillance, saying it would take too much personnel time to compute. Wyden said he is not looking for a count or any other time-consuming exercise, simply a rough estimate of whether the number is high or low.

Lichtblau, a panellist at the Cato event and author of the book Bush’s Law: The Remaking of American Justice, said news reporters face increasing difficulties covering the issue. One problem is what he perceives to be a dwindling public interest in privacy issues over the past few years. Another is that reporters and their sources are under increasing threat of federal prosecution. Lichtblau’s Times colleague Risen, author of State of War: The Secret History of CIA and the Bush Administration, faces potential jail time for contempt of court in a long-running effort by federal prosecutors to force him to disclose sources as they seek to convict a former CIA employee, Jeffrey Sterling.

With the House’s recent passage of CISPA, legislation authorizing sharing of internet information between the government and tech companies, and the Senate moving to consider another cyber-security bill, Senator Wyden took to the Senate floor in May to affirm his commitment to opposing any bill that asks Americans to make the false choice between secure networks and personal privacy. He argued that “privacy should be the default not the exception” in national security wiretaps. And he noted that “Bad Internet policy is increasingly premised on false choices…there is no sound policy reason to sacrifice the privacy rights of law abiding American citizens in the name of cyber-security.”

For now, his is a lonely perspective. Wyden half-joked that, while public approval of the Senate hovers around eight percent, he suspects it is actually much lower. And he gets why: “One of the reasons people are so unhappy with government,” he said, is that officials constantly mislead the public. When the American people find out what is really going on in the privacy sphere, he predicted, “they are going to be really angry.”

That is, if people even care about such things anymore.