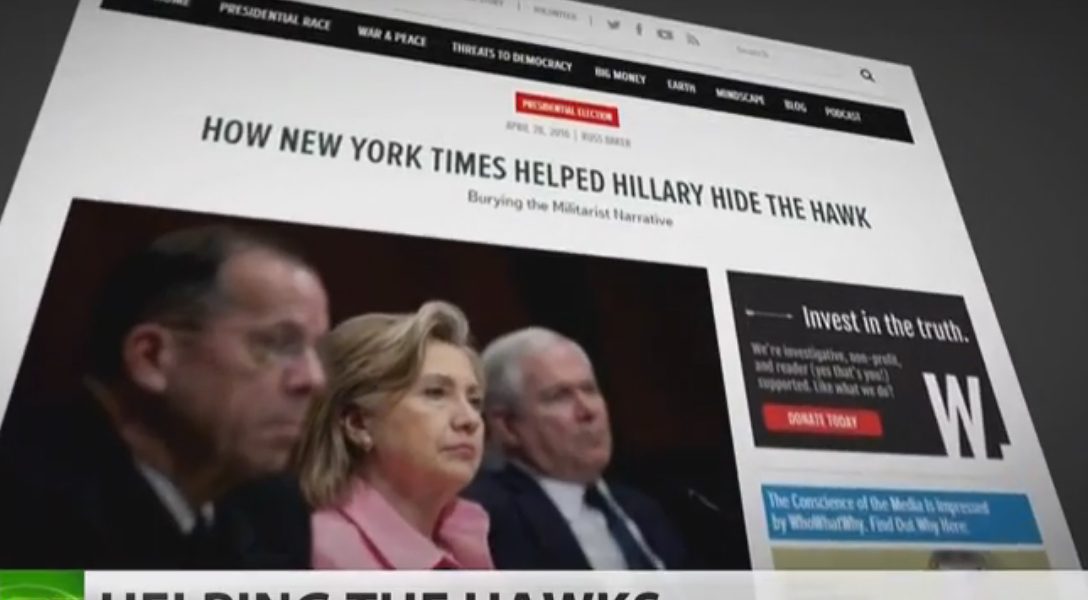 In this television interview that aired May 2, WhoWhatWhy Editor in Chief Russ Baker discusses how The New York Times  (and most other media) failed  to seriously examine Hillary Clinton’s views and actions — especially as relates to war. The Times, Baker says, deliberately waited until it was too late to harm her presidential campaign, before revealing how much of a hawk she actually has been.