Once upon a time, God invented entropy so that stuff would break. This is because God is a tinkerer at heart, which is why we have such evolutionary experiments as the armadillo and the cargo short. But because of entropy, God set in motion a process that led to decay, broken eggs, cracked iPhone screens, the eventual heat death of the universe, and then more cracked iPhone screens after that.

Made in God’s image, we mortals are also tinkerers at heart. This has served us well enough. We break stuff, we fix stuff. But did you know that in the last few years, certain product manufacturers have tried to restrict this very human and very holy imperative? Such that manufacturers now enjoy near-total control over when and how things are repaired — and thence, when replacement things are bought.

This sermon is predicated on the news that Apple will finally allow owners of iPhones or Mac products to fix them themselves if (when) they break. In the greater US conversations about various kinds of “freedom,” the “right to repair” may seem minor, but it is a significant power shift: toward consumers and away from corporations, toward true ownership and away from a weird twilit reality in which we only appear to own stuff, only to eventually understand that our ownership is actually ghostly and intangible. Indeed: We have stuff; we don’t own stuff. 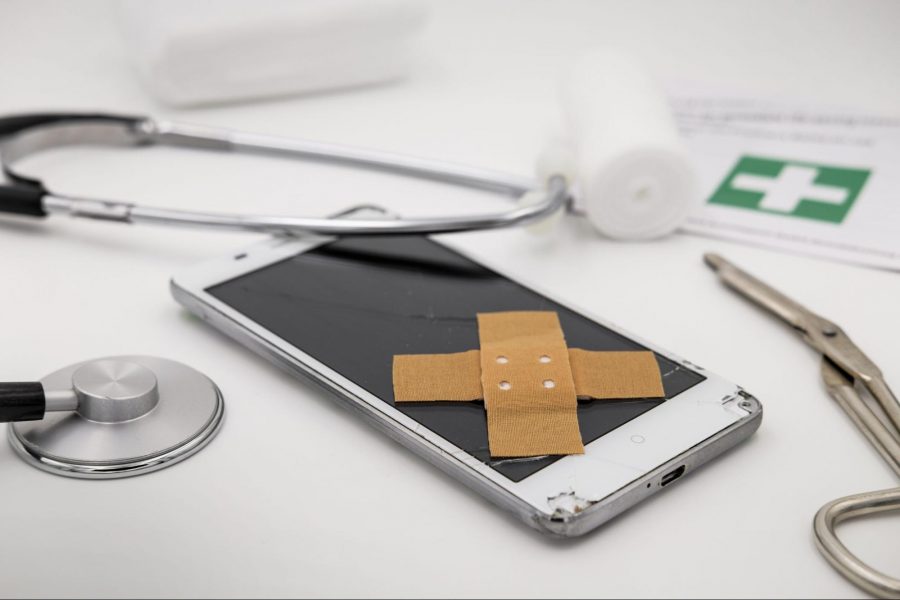 And God Gave Us the Right to Repair

Let me back up. Apple’s announcement is a major win for what’s called the Right to Repair movement, a DIY philosophy about what we should be able to do with the things we own — and, therefore, an ethos about what “ownership” really means.

Right to Repair advocates have struggled for years against a particular kind of corporate encroachment: ubiquitous products that are inaccessible (at least legally) for one reason or another. These restrictive terms of service take all kinds of forms, including:

And on and on and on. Consumers defying the word and playing God with these products could mean, say, the device recognizing your unclean consumer hands and bricking itself; or an invocation of the dreaded voided warranty. This state of affairs is so ubiquitous that it may feel like the natural order of things. That’s certainly what manufacturers would like us to believe.

It also makes it very easy to miss an obvious absurdity. If companies tell us what we can and can’t do with our products, or force us into buying new products on their own timetable, we not only can’t really be said to “own” the thing, but it also means that the manufacturers have the power to reach into our lives and continue to control those products and how we interact with them. And, yes, this does raise a question or two about freedom.

What Rough Beast Slouches Towards the Golden Arches

The most visible battle over the right to repair happened on American consumer holy ground. Meaning our great temple to quick-turnaround, mass-marketed uniform crap. Meaning McDonald’s.

Once upon a time, God so loved the world that He gave us the McFlurry — in lieu of world peace or a pollution-free planet — and the people were reasonably pleased. The McFlurry is an elusive animal, owing to the McFlurry machine breaking down all the time. It’s enough of a thing that an enterprising software engineer developed a bot that keeps track of every McFlurry machine in the US, Germany, and elsewhere. The engineer called it McBroken, God bless him.

The McFlurry machine is made — and maintained — exclusively by a company called Taylor Commercial Foodservice, LLC. Taylor makes money when a machine is sold, and then again when it breaks down and needs to be fixed.

Some folks suspected that what we had here was a creamy blend of monopoly and bitter chunks of conspiracy. One company, Kytch, designed a way for McDonald’s franchisees to diagnose McFlurry McMalfunction without having to call in Taylor and thereby spend money on service calls. Taylor then allegedly stole Kytch’s tech, so this year, Kytch sued and in July won a restraining order that prevented Taylor from copying Kytch’s tech. In other words, the big guy got blocked from reasserting its dominance over the McFlurry market. On top of all this, in September the Federal Trade Commission started sniffing around the case to determine if there’s been any wrongdoing.

The FTC said it didn’t find any evidence of shady behavior, but its presence reflects a new chapter in the right-to-repair story.

The Meek Shall Third-Party Repair the Earth

Indeed, the right-to-repair drama might’ve continued to be a soap opera only interesting to the kind of people who make their own soap but for the fact that, in July, President Joe Biden signed an executive order to address corporate consolidation and encourage competition in agriculture, tech, telecommunications — and among our COVID-19-era heroes at Big Pharma.

This looks to be an old-school anti-monopolist, pro-populist kind of move, with implications for everything from airfare refunds to noncompete clauses. Its ultimate effectiveness will depend on how federal agencies choose to make (and enforce) rules, so: grain of salt here. But right-to-repair advocates cheered. In the order was a mandate to “make it easier and cheaper to repair items you own by limiting manufacturers from barring self-repairs or third-party repairs of their products.”

All this might have something to do with Apple’s decision to allow tinkering on their products without breathing over our collective shoulders. (It could also just be a response to consumers being super-irritated by Apple’s yearslong overreach.) Now, at last, you can mess with the cracked screen of your iPhone in the comfort of your own home…

… although you should still be concerned about all the other huge corporations skulking around your garage, hiding in your washing machine, and running your life remotely.

I once had a lease on a car. The lease ended, and the salesman encouraged me to get a new lease on a new car. I’d never have to worry about the maintenance and mess of the old car. This vision occurred to me:

What we once thought of as “products,” like cars and smartphones, are now actually closer to “services.” An ongoing series of leases is really just a faucet that you turn, and out of the spigot comes a flow of new cars or new phones. You use the thing a while and, before it can get old, off it goes. It passes through you or you pass through it or whatever, but the point is: You don’t own your stuff. 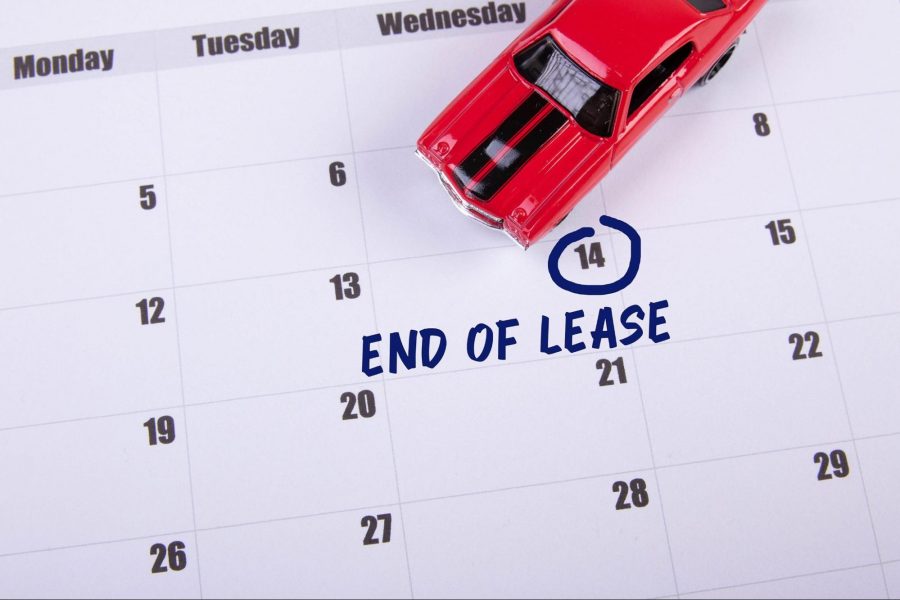 As the right-to-repair fight suggests, even stuff we think we own, we don’t. Not entirely. If a manufacturer still exerts control over how you can use the contraption after it’s in your house — via prescribed updates, exclusive repair rights, or remote control — it’s as if that manufacturer is posted up in your home.

(“Homes,” too, are of course subject to these same rules. Rates of renting vs. homeownership hit a 50-year-high in 2017, and while the pandemic kicked off a buying boom, that still just means that a bank owns the house. And for large numbers of young people and people of color who are still renting, the pandemic made the concept of “home” even more unstable.)

Add to this the fact that more and more of our machines are designed to be networked in a great Internet of Things, and we can rent a view of a possible future in which we pay for things we’ll never really “have” and that are controlled from afar. The digital revolution really drives this home: Our music and movies and games are all stored on servers for Apple, Spotify, and Amazon. Our control of the Play button is tenuous.

Of course, the advantage of not having to worry over ownership is self-evident. A stream of new cars means never having to deal with old ones. Virtual media means not having to find shelf space for CDs or DVDs. But it also means we’re submissive to the whims of corporate interests and distant shareholder prerogatives.

To that end, the Right to Repair movement is really a struggle for a particular kind of freedom, and the DIYers behind it are revolutionaries hoisting a homemade flag. When the center cannot hold, they’ll fix it themselves — if they are allowed. Apple’s move is a significant shift; perhaps the executive order, or consumer demand, will push other companies to follow suit. God would smile on this from the back of the McFlurry line.