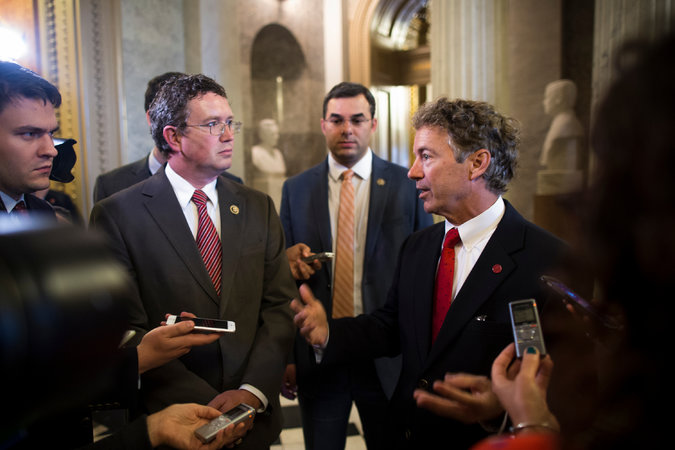 Rand Paul is, as John McCain once labeled him, a ‘whacko-bird’.

Now certainly there is a difference between the Pentagon budget and NSA surveillance programs. However, if we are to give any credence to the information revealed by publications like The Intercept and The Nation, it is obvious that there is little cleavage between the voices advocating for continued surveillance programs and those promoting further military engagement.

So, despite living up to his promise to work against NSA surveillance, is Rand grandstanding solely for political points ahead of 2016? Or are we missing something?