This story is part of our series revisiting the JFK assassination. To understand why we’re doing this, read our introduction.

Glenn Kessler, the chief writer of The Washington Post Fact Checker and presenter of the Pinocchio Awards, relies on the public for his column. As he explains:

It’s a big world out there, and so we will rely on readers to ask questions and point out statements that need to be checked. The success of this project depends, to a great extent, on the involvement of you — the reader. We will rely on our readers to send us suggestions on topics to fact check and tips on erroneous claims.

But what happens if a reader sends in a letter to the editor pointing out erroneous claims published in the Post itself?

On December 27, a reader did send in such a letter. And it wasn’t just any reader. It was Peter Janney — son of a high-level CIA officer — who happens to have expert knowledge of the subject in question: the assassination of John F. Kennedy.

To date, the Post has not published that letter. Since we have worked with Janney in the past — we published excerpts from his book, mentioned below — he shared the letter with us.

We thought you should see it for yourself, and the document that accompanied it. They are self-explanatory. 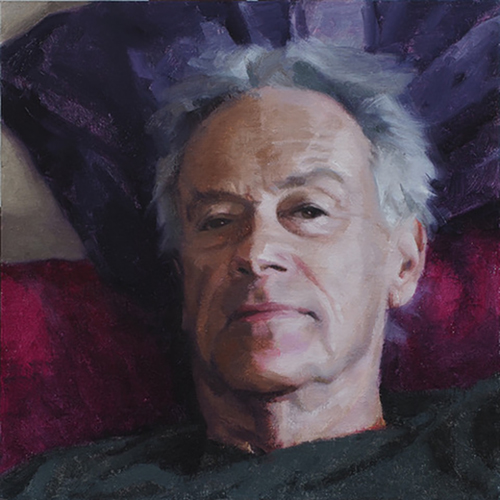 As the author of a book that deals in part with the JFK assassination (Mary’s Mosaic. Skyhorse Press, Third Edition, 2016.) and a close follower of director Oliver Stone’s work, I was taken aback by film critic Ann Hornaday’s erroneous, unqualified dismissal of Stone’s thesis regarding the role of New Orleans businessman Clay Shaw in the assassination of JFK and of attorney Jim Garrison’s prosecution of Shaw (“JFK at 30: Oliver Stone and the lasting impact of America’s most dangerous movie.” The Washington Post, December 26, 2021).

Hornaday cites “compelling evidence … that Garrison’s prosecution of Shaw was abetted and manipulated by intelligence agents in Moscow” and then she characterizes Oliver Stone’s filmic depiction of Shaw’s trial as “one of the most stunning successes of Soviet disinformation of the late 20th century.”

This is a breathtaking example of “counterfactualism” — and poor investigative journalism to say the least — a term Hornaday uses in other contexts in her wide-ranging critique of Stone’s film.

The relevant fact here is that the CIA itself acknowledged the strength of Garrison’s case against Shaw in a September 20, 1967, high-level internal memorandum (which I attach to this email) summarizing a meeting about the approaching Shaw trial.

The participants at the meeting discussed various strategies the agency might employ before, during, and after Shaw’s trial to blunt the implications of a conviction. However, Clay Shaw lied throughout his trial, saying that he never in his life had ever worked for the CIA.

This internal CIA meeting was attended by the agency’s executive director, general counsel, inspector general, and Deputy Director of Counterintelligence Raymond Rocca, who reported directly to the CIA’s Counterintelligence Chief James J. Angleton. The meeting was chaired by my father — Wistar Janney [F.W.M. Janney] — himself a high-level CIA official. My father signed the memorandum, again a copy of which I attach to this email.


The memorandum states, in part, “Raymond Rocca felt that Garrison would indeed obtain a conviction of Shaw for conspiring to assassinate President Kennedy.”

The participants at the meeting discussed various strategies the agency might employ before, during, and after Shaw’s trial to blunt the implications of a conviction. However, Clay Shaw lied throughout his trial, saying that he never in his life had ever worked for the CIA.

As I substantiated in my book Mary’s Mosaic (3rd edition, p.447), I submit that this debate ended in 1979 when CIA Director Richard Helms admitted under oath in a subsequent deposition (that involved E. Howard Hunt’s lawsuit with Liberty Lobby) the following:

The only recollection I [Richard Helms] have of Clay Shaw and the Agency is that I believe that at one time as a businessman he was one of the part-time contacts of the [CIA’s] domestic contact division, the people that talked to businessmen, professors, and so forth, and who traveled in and out of the country. (See Mark Lane’s Plausible Denial:  Was the CIA Involved in the Assassination of JFK?. New York, Thunder’s Mouth Press, 1991, pp. 222–223.)

In addition to CIA Deputy Director of Counterintelligence Raymond Rocca’s statement that he “felt that Garrison would indeed obtain a conviction of Shaw for conspiring to assassinate President Kennedy,” the former disaffected CIA officer Victor Marchetti, author of The CIA and the Cult of Intelligence, who I interviewed twice, also came to believe — having attended several internal high-level CIA briefings involving Jim Garrison in 1969 — that Clay Shaw’s CIA connection was much more extensive than just a mere “part-time contact.” (See Richard Boyle’s “The Strange Case of Clay Shaw” in True, April 1975.)

Finally, J. Kenneth McDonald, chief of the CIA History Staff, stated in a 1992 Memorandum for the Director of Central Intelligence that Clay Shaw “was a highly paid CIA contract source until 1956.”

Once again, with ongoing media collusion, the CIA has continued to lie about its relationship with Clay Shaw, who, according to the agency itself, “was a highly paid CIA contract source.” (This memorandum can be viewed in Joan Mellen’s book Our Man in Haiti: George de Mohrenschildt and the CIA in the Nightmare Republic. TrineDay, Waterville, Oregon, 2012, pp. 404–408.)

Ms. Hornaday is certainly entitled to her opinion, but not to her own set of facts (which are sorely lacking here). The CIA’s documented fear of a Shaw conviction is an incontrovertible fact.

Peter Janney, PhD, is a psychotherapist and writer, best known for his book, Mary’s Mosaic: The CIA Conspiracy to Murder John F. Kennedy, Mary Pinchot Meyer, and Their Vision for World Peace. He is the son of the late Frederick Wistar Morris Janney, a high-ranking CIA official.