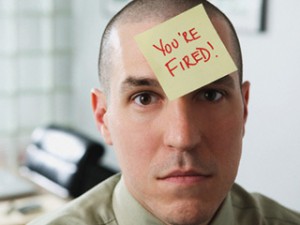 Not “Spending More Time With His Family” HEY, DID I MISS ANYTHING?

A few hours ago, I landed in Los Angeles, turned on my phone, and confirmed what you already know.  Sony Pictures Television is replacing me as showrunner on Community, with two seasoned fellows that I’m sure are quite nice – actually, I have it on good authority they’re quite nice, because they once created a show and cast my good friend Jeff Davis on it, so how bad can they be.

Why’d Sony want me gone?  I can’t answer that because I’ve been in as much contact with them as you have.  They literally haven’t called me since the season four pickup, so their reasons for replacing me are clearly none of my business.  Community is their property, I only own ten percent of it, and I kind of don’t want to hear what their complaints are because I’m sure it would hurt my feelings even more now that I’d be listening for free.

I do want to correct a couple points of spin, now that I’m free to do so:

The important one is this quote from Bob Greenblatt in which he says he’s sure I’m going to be involved somehow, something like that.  That’s a misquote.  I think he meant to say he’s sure cookies are yummy, because he’s never called me once in the entire duration of his employment at NBC.  He didn’t call me to say he was starting to work there, he didn’t call me to say I was no longer working there and he definitely didn’t call to ask if I was going to be involved.  I’m not saying it’s wrong for him to have bigger fish to fry, I’m just saying, NBC is not a credible source of All News Dan Harmon.

You may have read that I am technically “signed on,” by default, to be an executive consulting something or other – which is a relatively standard protective clause for a creator in my position.  Guys like me can’t actually just be shot and left in a ditch by Skynet, we’re still allowed to have a title on the things we create and “help out,” like, I guess sharpening pencils and stuff.

However, if I actually chose to go to the office, I wouldn’t have any power there.  Nobody would have to do anything I said, ever.  I would be “offering” thoughts on other people’s scripts, not allowed to rewrite them, not allowed to ask anyone else to rewrite them, not allowed to say whether a single joke was funny or go near the edit bay, etc.  It’s….not really the way the previous episodes got done.  I was what you might call a….hands on producer.  Are my….periods giving this enough….pointedness?  I’m not saying you can’t make a good version of Community without me, but I am definitely saying that you can’t make my version of it unless I have the option of saying “it has to be like this or I quit” roughly 8 times a day.

Because Prototype 2 is great, and because nobody called me, and then started hiring people to run the show, I had my assistant start packing up my office days ago.  I’m sorry.  I’m not saying seasons 1, 2 and 3 were my definition of perfect television, I’m just saying that whatever they’re going to do for season 4, they’re aiming to do without my help.  So do not believe anyone that tells you on Monday that I quit or diminished my role so I could spend more time with my loved ones, or that I negotiated and we couldn’t come to an agreement, etc.  It couldn’t be less true because, just to make this clear, literally nobody called me.  Also don’t believe anyone that says I have sex with animals.  And if there’s a photo of me doing it with an animal – I’m not saying one exists, I’m just saying, if one surfaces – it’s a fake.  Look at the shadow.  Why would it be in front of the giraffe if the sun is behind the jeep?

Where was I?  Oh yeah.  I’m not running Community for season 4.  They replaced me.  Them’s the facts.

When I was a kid, sometimes I’d run home to Mommy with a bloody nose and say, “Mom, my friends beat me up,” and my Mom would say “well then they’re not worth having as friends, are they?”  At the time, I figured she was just trying to put a postive spin on having birthed an unpopular pussy.  But this is, after all, the same lady that bought me my first typewriter.  Then later, a Commodore 64.  And later, a 300 baud modem for it.  Through which I met new friends that did like me much, much more.

I’m 39, now.  The friends my Mom warned me about are bigger now, and older, bloodying my nose with old world numbers, and old world tactics, like, oh, I don’t know, sending out press releases to TV Guide at 7pm on a Friday.

But my Commodore 64 is mobile now, like yours, and the modems are invisible, and the internet is the air all around us.  And the good friends, the real friends, are finding each other, and connecting with each other, and my Mom is turning out to be more right than ever.