Democratic traditions like voting and the free press don’t make for good fairy tales. They’re too complex and messy. (The seven dwarfs don’t get to vote on whether to let some random lady invade their homosocial commune; the handsome king doesn’t just wave handsomely while parliament throws chairs.) So when we do get a story that pits good versus evil, the media gobbles it up. Good story, easily told.

That’s been the case with the story of Apple Daily. A tale of the heroic little guy against the evil beast of state. Apple Daily was a newspaper in Hong Kong that was both boldly pro-democracy and critical of the mainland Chinese Communist Party. Last month, police, doing China’s bidding, raided its offices, arresting senior staff and confiscating computers and hard drives. The paper nevertheless managed to publish its last issue a week later. Copies flew off the racks.

Coverage in Western media was uniformly supportive of its fallen comrade. The New Yorker summed up the sentiment thusly: “The fearlessness and irreverence of Apple Daily was highly prized in a society tilting toward authoritarian dominion.” Good story, easily told — especially by foreign press that needs to translate Hong Kong/China politics into an easily digested story.

“I guess a lot of times, international media, when they swoop into a foreign city like ours, they are looking for a narrative that they can easily present to their audience,” said Amy, a Hong Kong-born journalist who works for a television station. (She’s not authorized by her employer to talk to the media, so when I asked her to suggest a pseudonym she offered up “Amy,” which is the name she gives “to guys at the club.” Fair enough.)

“And for Hong Kong,” said Amy, “a common theme that I’m always seeing is a ‘David and Goliath’ story.” 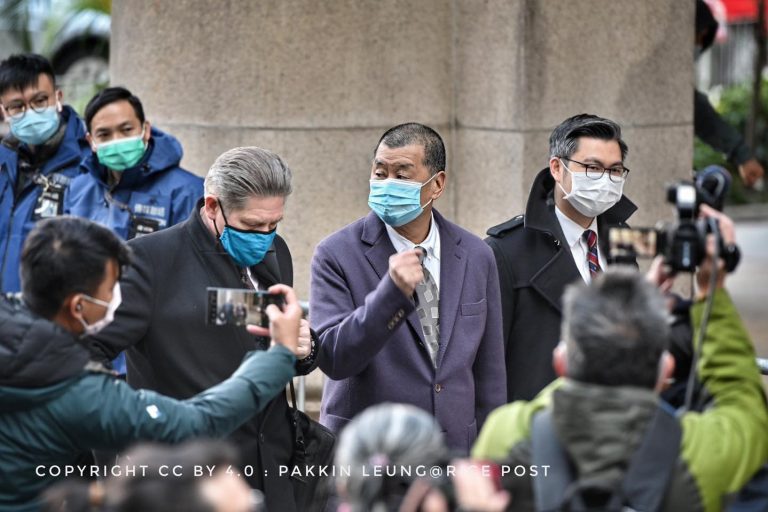 And indeed, here’s The Philadelphia Inquirer: “Apple Daily’s owner, Jimmy Lai, fought to preserve democracy even though he was a midsize David against a huge Beijing Goliath. He knew he might wind up — as he has done — in jail.” Lai, a media tycoon and critic of Beijing, has been jailed since August with his assets frozen on charges related to Hong Kong’s national security law.

“I wouldn’t say it’s too far off from the truth, as far as I can tell,” said Amy of the media’s chosen metaphor. “Except I guess David in the actual story wins, whereas Hong Kong is not winning.”

Clumsy metaphors aside, the international support was admirable. But for a mediasphere so invested in the dangers of government intervention into the freedom of the press, there wasn’t similar hand-wringing a week later when the US Department of Justice (DOJ) seized 33 websites affiliated with Iran’s Islamic Radio and Television Union (IRTVU), which is in turn, per the DOJ, affiliated with the Islamic Revolutionary Guard. The IRG is the military arm of the Islamic Republic of Iran, an official, US-designated “state sponsor of terror” since 1984. These sites were, according to the DOJ, “disguised as news organizations or media outlets, [and] targeted the United States with disinformation campaigns and malign influence operations.” And because the domains are US-owned, the US shut them down.

Most of the resulting coverage was a fairly uncritical riff on the takedowns. The New York Times had a typical, unsympathetic take, tying the DOJ action to Iran’s recent presidential election and negotiations over the Iranian nuclear deal, amid claims by US officials of “disinformation” and “propaganda.”

But there’s been very little in the way of questioning whether or not the US had overstepped any bounds, had “crushed” any “press freedoms,” as The Guardian was quick to point out that China was doing to Hong Kong.

A few sites, like The Intercept, dug in, pointing out that while the US targeted state-funded sites, it also seized dissident websites affiliated with non-governmental “religious movements at odds with the Iranian government — longstanding and public confessional rifts in Shia Islam over the role of religious authority in civil government.” 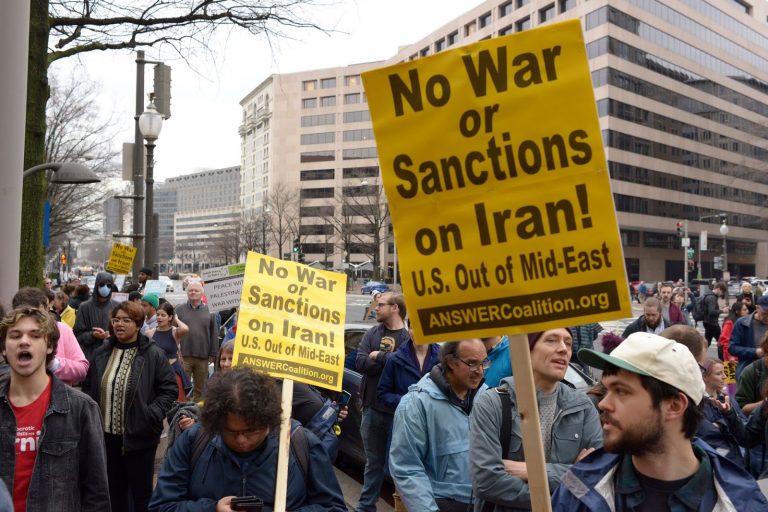 One of the major sites shut down was Press TV (which quickly reemerged on a new, Iranian-hosted site). Press TV is a state-funded news organization, a bit like Russia’s RT. Press TV responded to the shutdown by calling out US hypocrisy. “The IRTVU added that Washington interferes in the internal affairs of other countries under the pretext of protecting freedoms and human rights, but ‘deliberately suppresses voices that disagree with it.’”

Granted, Press TV has what could charitably be called a checkered track record, with years’ worth of allegations of antisemitism and related “Zionist”-focused conspiracy theories. So maybe don’t let Press TV babysit your kids.

But, if we’re being really, excruciatingly fair about the whole thing, it’s worth noting that many of these criticisms are from stories dated 2012 and earlier, and that a review of the current site would suggest that its editorial standards have… mellowed somewhat. There’s straightforward, AP-style coverage of the Texas Legislature and West Coast heat waves, an analysis of the Iran nuclear deal, and even Daily Show-style satire. There’s also critical coverage of US foreign policy (and of Israel with regards to Palestine) that wouldn’t be out of place in American progressive circles.

But, contrary to the uproar over Apple Daily, the media as a whole hasn’t much asked whether the US is acting, at least a bit, like a Goliath. Good story, but harder to tell, especially since US audiences don’t like being the Big Bad.

And lest anyone think I’m comparing Apples to state-funded propaganda machines, it is undoubtedly true that Iran has an awful track record on issues of human rights, democracy, and press freedom. But as Electronic Frontier Foundation civil liberties director David Greene told The Intercept, “What the U.S. does with respect to freedom of speech has implications around the world, because we hold ourselves out — mostly rightfully so — as the gold standard for freedom of speech.”

All of which is to say we should be critical of the media we consume, whether it’s state-sponsored, pro-democratic, or reporting on all of it. And when the state shuts down access to said media, we should worry about it, rather than simply picking our preferred, convenient myths while ignoring the inconvenient narratives much closer to home.