Humans are experiencing a wide range of extreme weather events and fires due to climate change. A firefighter working at night to contain the Bootleg Fire in the Fremont Winema National Forest in southern Oregon on July 15, 2021. Photo credit: © US Forest Service/ZUMA Press Wire
Environment Journalism & Media

Joking Towards Bethlehem: What If Climate Change Were Actually Funny?

Were the physics displayed in the movie Battleship even more impressive than you’d expect from a film based on a Milton Bradley board game? There’s an organization in Hollywood you can thank, a group that makes sure the “science” in science fiction comes from somewhere. It’s called the Science & Entertainment Exchange, and it’s a program created by the federally funded National Academy of Sciences to connect filmmakers and screenwriters with scientists and researchers to ensure that the science in their stories is as rigorous as possible. (One imagines that many of these scientists end up shaking their heads a lot of times at what comes out on screens.)

The Exchange recently hosted a discussion on climate change between a scientist and a studio exec. This comes at a time when a majority of Americans think the climate crisis is a major threat and that the government should be doing more to confront it. So the interest is there, and what made the Exchange conversation particularly fascinating was what the scientist and exec had to say about how hard it is to tell stories about that crisis in compelling ways. It’s not the science, which is clear. It’s the narratives.

“I think, for a really long time, the failure of climate action has really been a failure of storytelling,” said climate scientist Kate Marvel. She says we’ve seen a few different species of story in the news, which are each flawed in their own ways:

That last one is fantasy. It’s “not supported by the science,” Marvel said. “But it seems to be a story that’s popular nonetheless.”

In response, Cate Adams, vice president of production at Warner Bros. Pictures, gave her illuminating take on why it’s hard to tell good climate stories: They don’t sell. No one wants to hear it.

“As much as we like to shape stories to help change people’s perspective and give people something to think about, I am also a film executive who works in the entertainment business,” she said. “And I think about those two words, every time I’m telling a story: Is it entertaining? And is it business? I.e., rather crassly: Can I make money from it?” 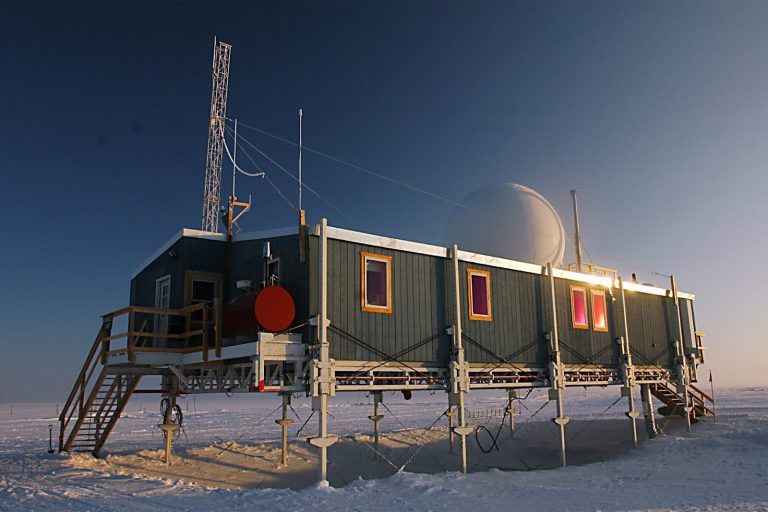 For Adams, it would be ideal to have a story where climate change plays a role in a larger plot, but is not the focus of said tale. (Pitch: Rom-com in an Arctic research station. Love blooms over adorable polar bear antics. Love scene involving melting and structurally compromised ice?)

When it comes to incorporating climate awareness into mediums meant to simply entertain, the industry is loath to have what Adams calls too much “pill” and not enough “peanut butter.”

(One could argue that documentaries are often message-y and often successful, but I assume here that Adams is talking about big, tentpole blockbusters that have to play well in places like China, which is singularly responsible for a majority of carbon emissions.)

It’s summertime, and once again, it’s the season of horrors. Threats to dwindling coral reefs and rainforests. Deadly floods in Germany and China and, simultaneously elsewhere, drought and water shortages. In the Western United States, another cycle of destruction begins with a wildfire that will basically go out only when it wants to.

And who’s keeping the world aware of all these aspects of the crisis? Journalists. They are vigilant and tireless, and poll after poll suggests that the public is starting to care more about climate change. But politics is still a thing, and some perspectives — like the human causes of climate change, or how urgently we should address the issue — are more intractable.

Within the media, there’s been much soul-searching over whether we should do more — whether we should prioritize climate change over all else. The Washington Post’s Margaret Sullivan argues we should, but recognizes it won’t sell many newspaper subscriptions: “It’s hard to sustain interest in the environment. It’s not easy to find a compelling, immediate angle to compete with palace intrigue or horse-race politics.”

As for all that relentless, though very good, news coverage? It’s burning people out, man.

In the end, Sullivan and Adams the studio exec are lamenting the same thing: There’s not enough peanut butter in the world to swallow a pill this big.

Every now and again, some respectable researcher or clever jackass will come along and suggest that the solution to this peanut butter/pill debacle is that climate coverage needs to be funnier. Today, I am that jackass.

But I’m basing that perspective in part on the work of respectable researchers. There are a lot of studies on the psychological effects of humor: how it makes it easier to learn, or how it makes you feel connected to your fellow humans. But it gets even more specific: There are dozens of papers on the role of satire in shaping perceptions of climate change.

(It’s no accident that many of these studies came out in the wake of shows like The Daily Show and Last Week Tonight; there were few examples of climate-based satire to study before these appeared on the scene.)

Considering those public-opinion polls, or climate-related depression, or the business model of Hollywood, making the most serious thing in the world less serious might actually drive change. Consider this:

Note that there’s a lot of “might” and “may” and “could” sprinkled throughout this research; no one’s exactly committed to endorsing humor’s ability to single-handedly save the world.

Still, as Amy Becker of Loyola University Maryland and Ashley A. Anderson of Colorado State University wrote in a 2019 paper, “Similar to a local weather event or an immediate health impact, humor is thought to be another means through which we can remove the psychological distance from the abstract and complex issue of climate change.”

In other words, making climate change funny makes climate change real. But hopefully not “real” in a way that makes you turn off the content machine and hide under your bed with a package of off-brand snack cakes and a fifth of Jameson.

I’ve been thinking about the journalism/satire interface in regards to a disturbing story that is almost too weird to process. Earlier this month, “Tens of thousands of clams, mussels, sea stars, and snails were found boiled to death in a Vancouver, Canada, beach during the country’s record-breaking heat wave.”

Coverage of the event chose the more descriptive, sight-and-smell-focused approach when recounting the experience of walking down the beach to encounter this tableau. It’s awful to think about, but it’s hard to feel the awfulness. Beyond that, what can we do with this information? Does it activate us? Inspire us? Or do we file this story away with all the rest, with the stories of German towns flooding and California cities burning, under the category of “More Awful Stuff That Happened Out in the World Because of Climate Change (But Hasn’t Happened to Me)”?

Does it feel different, or register differently, if it’s satirized?

Does that “remove the psychological distance”? Does it become more complex or interesting now that we’ve added something about the human ability to make everything about ourselves?

How about our ability to exploit nature? What if we swapped out “tourists” for “homeless people?” Does the added layer of commentary about how we also treat our fellow humans create any new resonance?

Or how about this one:

Does the mention of a big oil company connect effect to cause? What if I tell you that BP created a whole campaign around individual carbon footprints to distract from the fact that companies like BP produce the majority of the world’s emissions? Do you now want neither to go to the beach nor to drive your car? Or do you recognize a connection, and in that way, feel empowered — to protest, or boycott, or vote differently?

In the press of good-but-ignored crisis reporting, perhaps one way to be smart is to be really dumb and let the reader become smarter for us.